This Morning was back with the first live show of the week from the ITV studios, and those watching at home tuned in to see presenters Phillip Schofield and Holly Willoughby. But during their iconic Spin To Win segment, Phillip stormed off after Holly made a hilarious error. Did you see it?

The Spin To Win wheel was back giving another lucky viewer the chance to win up to £3,000.

“Here comes the wheel!” Holly stated as it was lowered from the ceiling onto the ground.

“We could be calling you in just a moment but it’s really important you remember to tell us today’s passphrase,” Holly continued to explain. 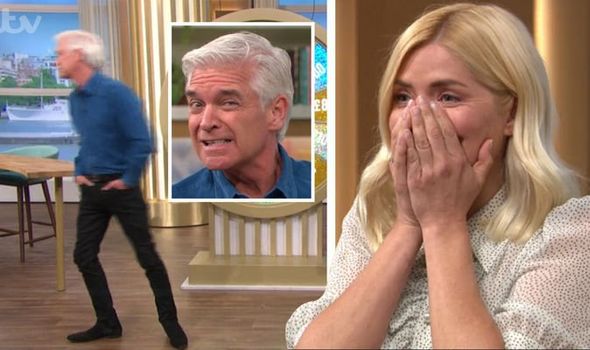 “You must say the passphrase which was on the add when you entered. Got it?”

Phillip interjected: “Only one person’s got it wrong so far and given us tomorrow’s.”

“And now it’s changed the entire rules!” Holly added and Phil continued: “And now we’ve got to keep saying it out loud now because someone made that one mistake!”

Those watching at home were told: “If you say the correct passphrase you will then get to spin the wheel. If we call you and you say hello and don’t say the passphrase, we move on”. 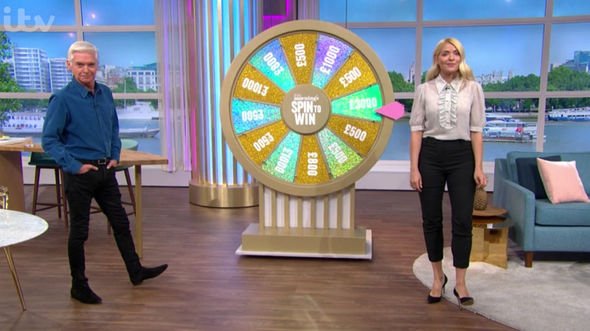 “Shall we do this? Let’s call the number, good luck everyone, stand by your phones. Get ready!” Holly said.

After many rings, the first call failed to answer and Phillip prompted the show to move on.

“Who was that? Anita, where did you go Anita!” He remarked. “Let’s not try Anita again.”

“Let’s try another one, she’s not in, she’s gone out!” Holly joked. 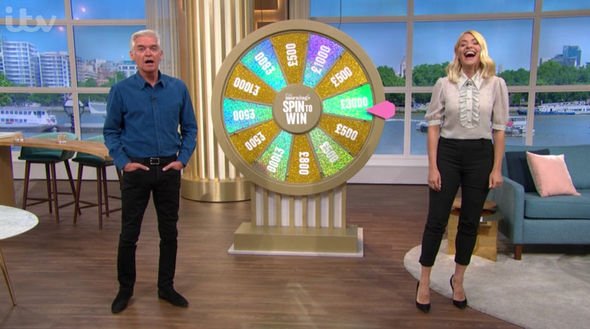 After a few rings, someone picked up and said: “May the 4th be with you!” And a cheer erupted in the studio.

It was Laura from Norwich who answered but Phillip wasn’t happy with her: “I just want to clarify there, you’ve phoned us to win but you’re not actually watching the show?”

“I was watching it but my boyfriend turned it off so blame him!” Laura argued.

“You’ve definitely won £500, let’s win you a whole load more,” Phillip said and spun the wheel to reveal another £800 on the way to Laura.

After saying goodbye, Holly then explained what was coming up on the rest of the show but made an error which saw Phillip storm off in response.

“We’re talking to Joey Essex in just a moment but there is another chance for you to win…” She said and then silence fell.

“And there’s a prize worth over £135,000…” Those watching at home heard her say through laughter.

“I just read loads of numbers! One hundred and thirty five thousand pounds up for grabs and Josie’s got all the details!”

After pulling a funny face, Phillip started walking off out of the camera’s view.