Comedian Peter Kay is one of Britain’s top comedians, having been the mastermind behind hits such as Phoenix Nights, Car Share and of course the famous This Is The Way To Amarillo music video which was released back in 2005. The 46-year-old comedian has been missing from the spotlight for two years but returned for BBC’s charity broadcast Big Night In to recreate the Tony Christie video. But this time around, he did it with the help of nurses and healthcare staff to raise awareness of those working on the frontline during the coronavirus pandemic.

At the end of 2017, Kay cancelled a 14-month tour for reasons which are still unknown today.
He took to Twitter at the time explaining: “Due to unforeseen family circumstances, I deeply regret that I am having to cancel all of my upcoming work projects.
“My sincerest apologies… I’m sure you’ll understand that my family must always come first.
“I’ve always endeavoured to protect my family’s privacy from the media.
“I hope that the media and the public continue to respect our privacy at this time. Once again, I’m very sorry.”
After this, he came off all social media and has barely made any public appearances but before the coronavirus outbreak, he did have some big news. 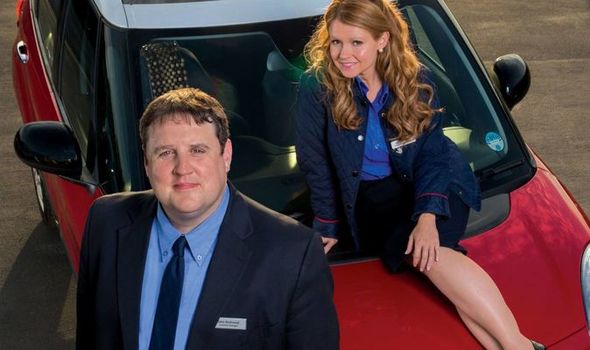 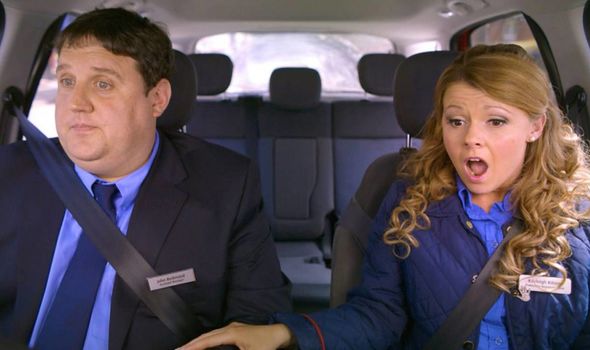 Following his long hiatus from the limelight, Kay announced he would be once again going on tour with Dance For Life as a DJ, to raise money for Cancer Research UK.
Since 2016, Kay has held several Dance For Life dates to raise thousands of pounds for the cause.
The charity dance-a-thon was scheduled for April and May but has now had to be rescheduled due to the UK lockdown.
So far, it has not been made clear when the charity events will be re-organised for. 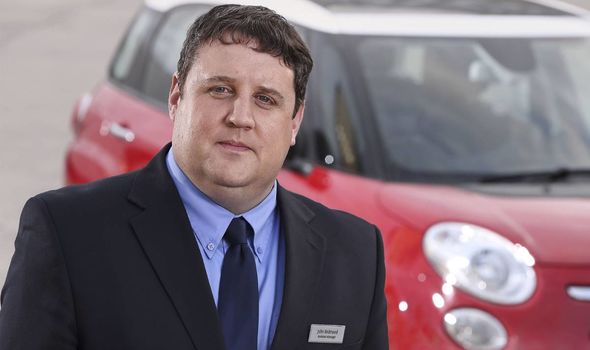 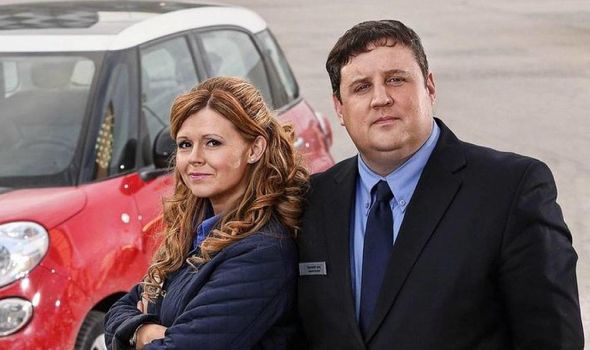 When will Peter Kay’s car share be shown on BBC One again?

Comedy series Peter Kay’s Car Share, starring himself and actress Sian Gibson, first came onto our screens in 2015.
The BBC series was a really hit with the public and critics alike, and went on to win more than 15 awards including BAFTAs and three National Television Awards.
The series was about commuters John Redmond (Peter Kay) and Kayleigh Kitson (Sian Gibson) who shared a car ride to work, with pretty much the entire show being filmed from inside the car.
The final episode aired in 2018 but earlier this month, Kay and Gibson worked together once more on a new episode of Car Share.
As the pair haven’t been about to physically reunite, the episode is audio-only and was released on Friday, April 10, on BBC iPlayer.
In a statement, Kay said: “It’s a horrific situation right now we’re all going through and like so many I felt compelled to try and do something positive in an effort to cheer people in some way.
“Obviously we weren’t able to film anything because of the lockdown but I hope people will use their imagination and enjoy listening.”

Since the audio-only episode dropped on the streaming service, fans of the show have been getting in touch with the BBC requesting for Car Share to be repeated on BBC One.
Around 34.8million people got in touch with BBC during lockdown asking for the show to return so following the great demand, the channel has decided to bring back Car Share.
Speaking about the decision, Kay said in a statement “I’m thrilled, it really couldn’t be shown at a better time.”
There isn’t too much longer to wait either as Car Share will start being shown from Friday, May 15 at 9.30pm on BBC One.

All 12 episodes of Car Share will also be made available from May 15 on BBC iPlayer.
So fans of the series will be able to binge-watch the entire show rather than wait every week for the next repeated episode.
Controller of BBC Comedy Shane Allen said: “Car Share was one of the major comedy hits of the last decade and is just the tonic for our times, as we join John and Kayleigh on their laughter-filled journeys to work and also towards one another’s hearts.”
Peter Kay’s Car Share season 1 will start on Friday, May 15 at 9.30pm on BBC One.