After the bloody ending to Ozark Season 3 on Netflix, fans want to know when to expect season 4. Ozark Season 3 dropped on Netflix on March 27, 2020, and it was every bit as thrilling as the last two seasons. Will Marty (Jason Bateman) and Wendy Byrde (Laura Linney) be back with Ruth Langmore (Julia Garner) for a fourth season after that cliffhanger? 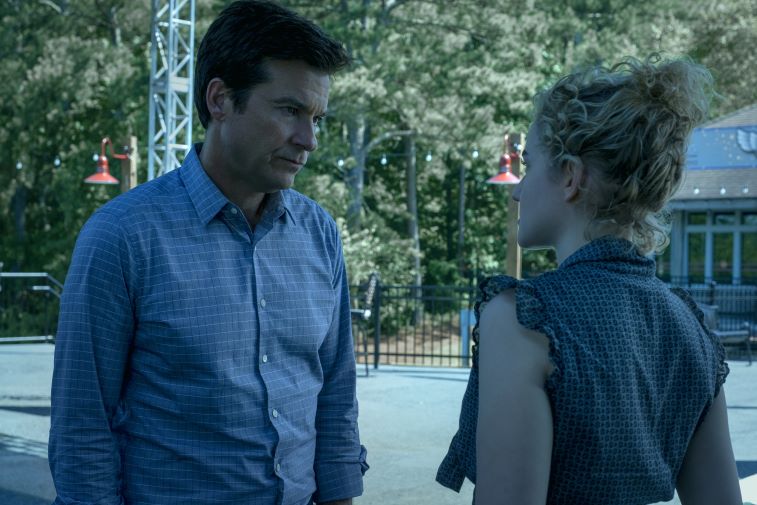 What will ‘Ozark’ Season 4 be about, according to showrunner, Chris Mundy

When asked what Ozark Season 4 might be about, Chris Mundy teased two plotlines — Ruth Langmore’s independence, and the Byrdes transgressions in season 3.

“Well, if we’re lucky enough to get a season 4,” Mundy told Entertainment Weekly. “I think it will be about whether or not Ruth really can create something of her own that she wants and is sustainable, or if she wants something else.”

At the end of Ozark Season 3, Ruth parts ways with the Byrdes, after they refused to avenge her beating by Frank Cosgrove Jr. (Joseph Sikora). Ruth might be teaming up with Darlene Snell (Lisa Emery). However, many fans think she will build something of her own.

If you need to rely on loyalty, make sure it's a two way street. #OzarkS3

“And I think it will be about if the Byrdes can turn the biggest mistake of their lives into this huge advantage, and how much will karma catch up with them if they do?” Mundy concluded.

Marty and Wendy Byrde are now fully engulfed with Omar Navarro (Felix Solis), the leader of a Mexican drug cartel. Navarro had his attorney and former right-hand woman, Helen Pierce (Janet McTeer), killed in the final episode to show his loyalty to the Byrdes. Wendy proved her loyalty first to Navarro by having her brother killed because he posed a threat to Navarro’s business.

When will ‘Ozark’ Season 4 drop on Netflix?

The release date for Ozark Season 4 has not been confirmed, yet, by Netflix. The first season of the series premiered on July 21, 2017. The following season did not drop until August 31, 2018. So, there was a 13-month gap between the two seasons. The third season was available on March 27, 2020.

The key to closing a deal is knowing when to apply pressure. #OzarkS3

The second gap was much more significant than the first with 19 months between seasons. With the coronavirus (COVID-19) pandemic causing delays in the filming industry, it is hard to predict when the next season will drop. With all of this taken into consideration, Ozark Season 4 will likely be available for streaming late 2021.

How many seasons of ‘Ozark’ are there?

“We’ve always talked about it as five seasons,” Mundy said at the Milken Global Conference in Beverly Hills. “It could be four, it could be seven, but that always seemed like a good number to us.”

The showrunner and producers are ready to give the fans more seasons. It’s a waiting game now to see if Netflix renews the series, and then when filming can begin.

There are currently three full seasons of Ozark streaming on Netflix.

Read more: ‘Ozark’ Season 4: The Most Likely Fan Theories to Play Out When Marty and Wendy Byrde Return