ITV aired the first of two programmes this evening in which Ross Kemp was given an insight into the sacrifices NHS staff are forced to make as they tackle the coronavirus pandemic. The documentary-maker followed frontline medical staff at Milton Keynes University Hospital Trust and the emotional scenes led to viewers breaking down in tears.

The former EastEnders star offered a glimpse into how health care workers on the frontline are dealing with the pandemic.

In the first instalment, Ross was suited up in protective equipment before confirming that he would replace the equipment once the production team had finished filming.

Ross spoke to a number of staff members about their experience in tackling the virus and recently discharged patient who had recovered from coronavirus.

A number of emotional and hard-hitting scenes led to viewers breaking down in tears and flocking to social media to praise NHS staff. 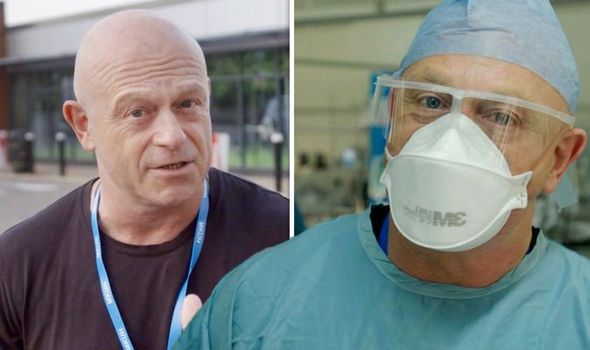 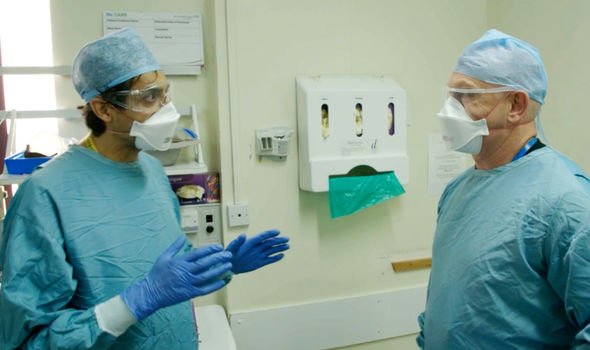 One viewer tweeted: “Anyone else feel like bursting into tears at #RossKemp my whole heart.”

“#RossKemp On the NHS frontline documentary is just so humbling. [Praise] to all NHS workers,” another shared.

“Wow that #rosskemp #nhs documentary was an eye opener. Amazing staff, they all looked absolutely shattered and battered, yet keep on going day in, day out. Saving lives. Thank you for all what you are doing,” a third added. 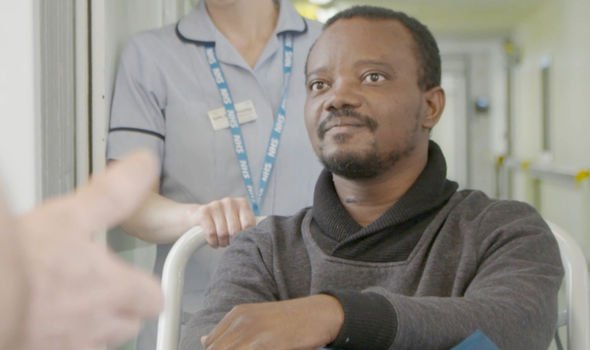 A fourth wrote: “Another brilliant programme from @RossKemp a great insight into the war on #Covid_19 and for all you Muppets complaining he used valuable PPE, yes he used the hospitals supply but left his own as a replacement…..

While another said: “Seeing Ross Kemp brought to tears on TV highlights the strain being placed on everyone working in the NHS #wow #RossKemp #nhs.”

“#RossKemp making me ball my eyes out,” a sixth emotional viewer confessed.

Ross himself became emotional as he discussed the dedication exhibited by the NHS frontline staff.

Choking up, he said: “All I can say is the care that patients are receiving here is second to none.

“The professionalism that’s being displayed, the organisation but most important is the love.

“People are being treated with so much care and so much love here.”

He continued: “I’ve never been in a position like this in my life but NHS staff here not only highly organised and incredibly professional but they care.

“They really care about the people they’re looking after and that is the most overwhelming thing.

“Pretty emotive place, I have to say but the care and the love is overwhelming.”

Ross Kemp: On the NHS Frontline is available on the ITVhub and the second episode will air on ITV shortly.