Starz series Outlander is still going strong after it first hit screens in 2014. Season six is in the pipeline now with the cast and crew hoping to start filming soon. The show has been adapted from the works of American writer Diana Gabaldon whose best-selling Outlander novels form the basis of the drama.

Gabaldon has previously admitted to describing Jamie Fraser star Sam Heughan as “grotesque” when she first learnt the actor had been cast as the dashing hero in the show.

However, she has since revealed she was delighted with the actor’s portrayal of the character.

In a recent interview on Outcasts An unofficial Outlander podcast with actor Tim Downie and David Berry, Gabaldon addressed her remarks, saying: “You can go and look at Sam Heughan and his early pictures, which were available before he started making Outlander, he had almost no films.

“The one thing he had done was Emulsion, which is a truly weird psychological thriller and I hadn’t seen the film – I still haven’t. But I had seen the pictures of him from it. 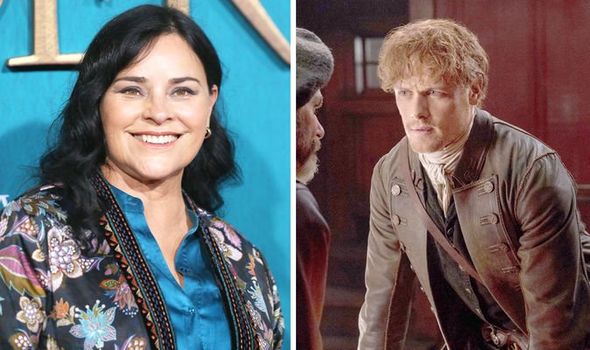 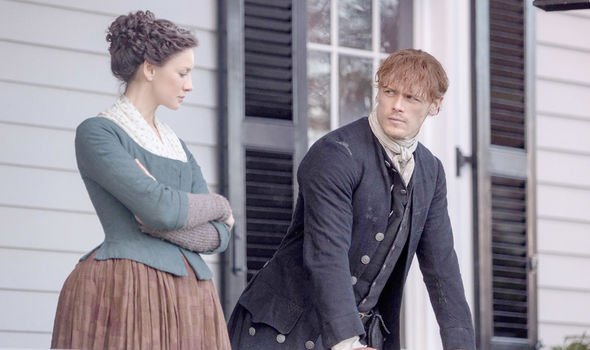 “Before that it was all stage work, so you’ve got these off-the-cuff stills they put in front of the theatre and not professional photographs, by and large. And have you ever seen these stills from Young Alexander?”

She was initially unsure about him, but her mind was quickly changed after watching the star acting as Jamie.

Gabaldon said once she watched his audition tape, she was totally sold by Heughan’s performance which she hailed as “astonishing”.

Additionally, she lauded Heughan’s versatility as an actor, saying he was a “chameleon” and transformed in every role he took on. 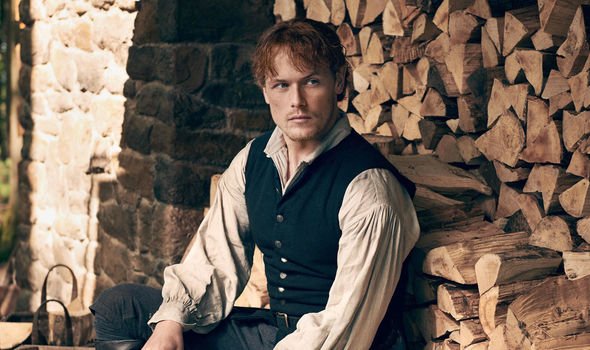 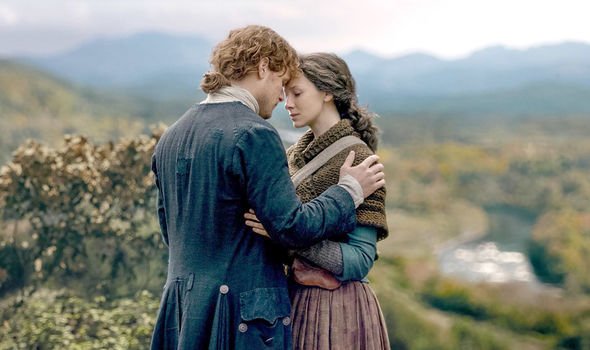 She said Heughan didn’t look anything like the online photographs she’d seen and was “fine”.

Interestingly, Gabaldon said Heughan didn’t look like Jamie, whom she modelled on her husband Doug Watkins.

Gabaldon explained: “I mean there’s a certainly similarity in the general outline, physically speaking but not face-wise. Their faces are quite different.”

“That’s why my husband likes the show. Whenever he sees Sam in profile, he wants to grab his nose and pull it out another inch or so.

“The real Jamie has my husband’s nose, which is quite long and very straight.”

Adding: “It’s not a very elegant nose but it is noticeably longer than Sam’s.”

Following Heughan’s casting in Outlander, the author and the star found each other on social media and became firm friends.

She said the pair were excited Outlander was going to be coming to the small screen at the time.

Host and Lord John Grey star Berry joked how Gabaldon and Heughan were the “real power couple” of Outlander rather than Jamie and Claire Fraser (played by Caitriona Balfe).

Reflecting on their relationship, Gabaldon said: “It got off on the right foot.

“I knew absolutely nothing about making a movie and I was completely surprised because he had done a wonderful job with the audition.

“He was using books, lines straight out of the novel – no adaptation for script or anything like that. So it was my lines. You know Sam, that’s how [Jamie] would say that.

“It’s amazing. I was thrilled by this, so I was looking for Sam online and he was.”

The pair are said to have a close working relationship with Heughan consulting Gabaldon about the character of Jamie to ensure his portrayal was as close to the source material as possible and doing justice to Jamie.

Gabaldon said Heughan also had “his own sense” of Jamie, which she said was “pretty close to mine”, suggesting the pair were on the same page when it came to characterisation.