Outlander fans are awaiting the moment Stephen Bonnet (played by Ed Speelers) returns and demands to take custody of young Jemmy. Bonnet could be the father of Jemmy after her raped Brianna Fraser (Sophie Skelton) in season four but Roger (Richard Rankin) may also be the young lad’s dad. It seems Bonnet is about to make his arrival at Fraser’s Ridge and Jamie’s (Sam Heughan) plan to take him down could leave him fighting for his life.

In the trailer for episode nine, Monsters and Heroes, Jamie can be heard telling Roger: “We must kill Stephen Bonnet. If I cannot it, you must.”

The remark leaves Roger shocked as he tells wife Brianna: “Your dad thinks Bonnet may have the right to take Jemmy away from us.”

The reveal does not sit well with Brianna who looks terrified at the prospect of losing her son.

With Jamie determined to face off against Bonnet, it looks like his life may be in danger. 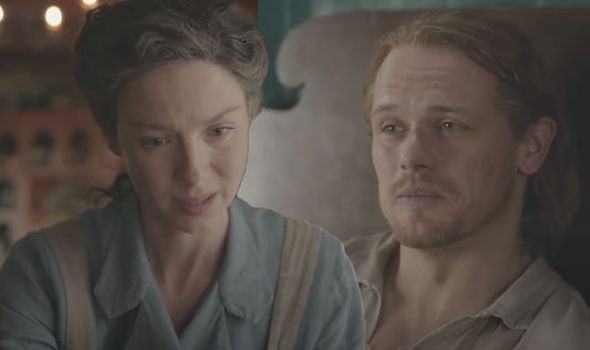 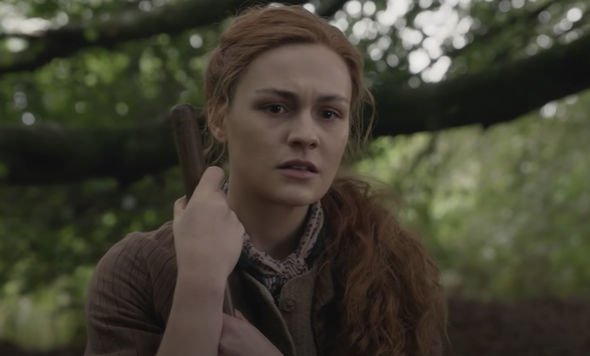 “If I were to use you or Jamie, I would never be quite whole,” she explains.

The trailer then cuts to several sequences of gun shots and rushing for rifles as it appears an unwelcome guess has ventured onto the ridge and someone is in danger.

The final shot shows Claire firing a gun – could she be shooting at Bonnet to protect her husband? 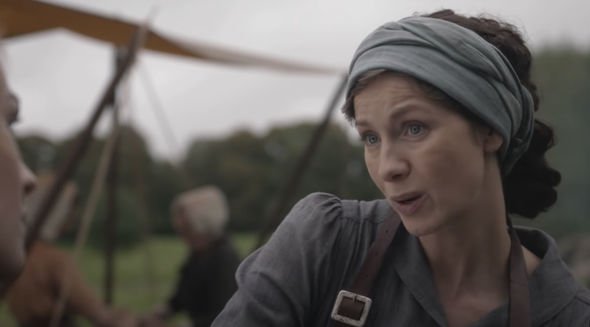 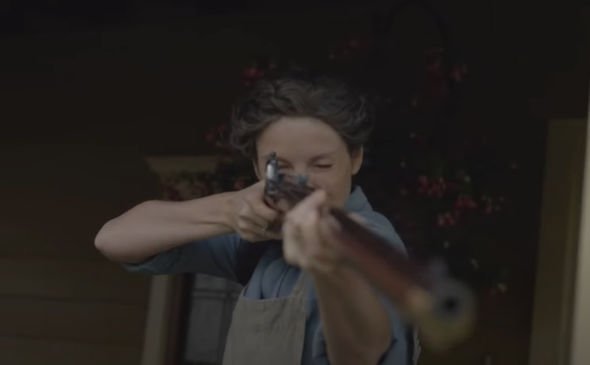 Viewers have been quick to speculate what the trailer means for the upcoming episode.

One fan begged: “Jamie better not die. Also, I wonder who Ian’s wife is and what he meant when he said that she’s lost to him.”

Another added: “I hope Jamie doesn’t get sick and die. Just when he was talking to roger he looked sick or wounded or maybe just exhausted.”

“I get why Jamie’s saying it, but does he really believe that Roger would stand a chance against Stephen Bonnet?” a third shared.

A fourth worried: “Is it me or the beginning of the video Jamie looked injured?!”

The latest theories come as Richard Rankin teased details of the latest season on his official Twitter account.

After watching episode eight, a fan asked: “#AskRichardRankin In the end, Roger decides to get up and fight.

“Do you think a part of him will always resent that time and place for what it did to him, though?”

Richard replied: “That’s a good question. I’m writing it down for my S6 prep. Not really.

“I think it’s coming to terms with the time, his situation, himself even. It’s a change that he has to go through and I’d like to think that he won’t hold on to it in that way. #AskRichardRankin.”

Could this be the biggest hint yet that Roger and Brianna will remain in the past instead of trying to time travel with Jemmy?

Outlander drops on STARZ in the US on Sundays and on Amazon Prime in the UK on Monday.