When Outlander’s Claire Fraser (played by Caitriona Balfe) first told Brianna (Sophie Skelton) her father wasn’t Frank Randall (Tobias Menzies), the man who raised her, but in fact a highlander named Jamie Fraser (Sam Heughan) from 18th Century Scotland, her daughter was horrified. Brianna believed her mother was delusional and trying to hurt her by making up lies. However as Claire showed her evidence that Jamie was her father, she slowly came around to the idea and accepted her mother was a time-traveller.

However, while Claire travelled back to the 18th Century Scotland to reunite with her true love once she learned Jamie was alive, Brianna wasn’t so keen to meet her father.

Instead she built up a relationship with Roger MacKenzie (Richard Rankin) and the two became romantically involved.

But a tender moment between the two was cut from season three which involved Brianna taking a swipe at her father.

In the script from season three, episode four, Roger remarks: “Your mother’s a very determined woman. 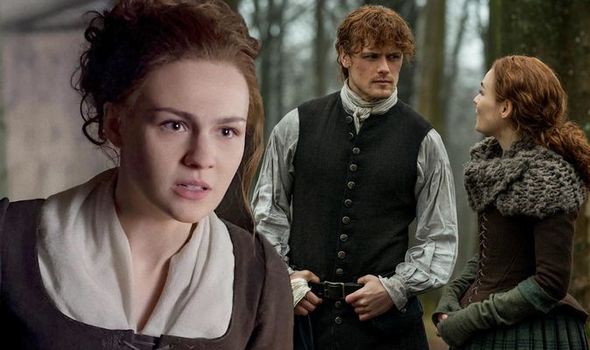 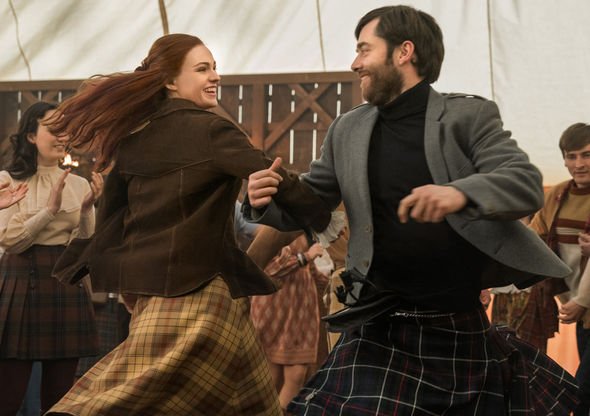 “All I know is, that James Alexander Malcolm MacKenzie Fraser must have been something to deserve her.”

Unimpressed, Brianna retorts: “Do we have to say all five names all the time?

“Aye, that just rolls right off the tongue,” Roger replies. 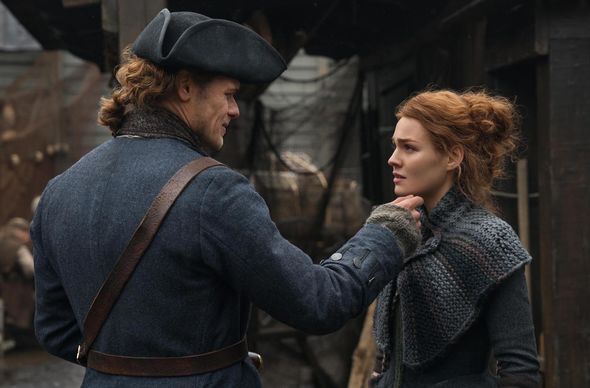 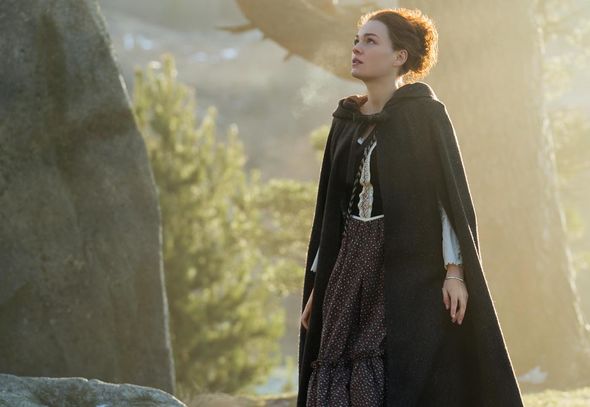 It’s clear from the deleted scene that Brianna isn’t as bothered by the news that her real father is alive.

This is of course to be expected given that she was so close to Frank, who raised her and sparked her interest in history.

Thankfully, after a fall out with Roger and learning Claire and Jamie were expected to die in a fire, Brianna did decide to travel back in time.

Season four saw Brianna come face-to-face with Jamie for the first time and it was a rather awkward encounter.

Reflecting on the moment, Brianna star Sophie told Gold Derby: “I know a lot of people, and understandably, a lot of fans when Jamie and Bree met, fans have been waiting for it for so long, and obviously Jamie and Bree have, well Jamie has more than Bree in terms of the knowledge they have of each other existing, I think it would have been lovely to have this magical moment where they just got on like a house on fire straight away.

“But realistically, Bree at the time is a 20-year-old woman and she has never met this man before.

“She also has some loyalty issues in terms of feeling like she was betraying Frank a little bit.”

She went on to add: “But I think once she got settled with that and realised actually Frank had sort of trained her to go back anyway and he knew it was going to happen.

“I think she took that as her blessing. That is allowing her and Jamie to really get to know each other.

But Sophie acknowledged that in season five “they are starting to really adore and admire each other which is beautiful to see that progression and getting closer and closer”.