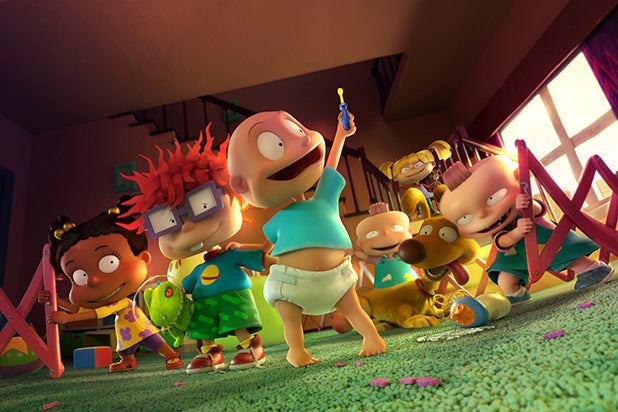 Paramount+’s upcoming “Rugrats” revival will reunite the entire voice cast from the original run of the Nickelodeon series, the network announced Wednesday.

“‘Rugrats’ is one of the most iconic cartoons recognized by fans around the globe, and this original version is one we are taking great care and pride in creating for a brand new audience,” Ramsey Naito, president of Nickelodeon Animation, said. “Having the voice cast behind these special characters come together is one of the essential pieces to making the show recognizable and we can’t wait to watch this talented group bring them to life again.”

Based on the 1991 Nickelodeon series, the “Rugrats” revival follows a group of toddlers as they “explore the world and beyond from their pint-sized and wildly imaginative point of view.”

The series was created by Arlene Klasky, Gabor Csupo and Paul Germain. Eryk Casemiro and Kate Boutilier are executive producers on the revival, and Dave Pressler and Casey Leonard serve as co-executive producers. Rachel Lipman is co-producer, and production is overseen by Mollie Freilich, senior manager of current series animation at Nickelodeon.

ViacomCBS also has a live-action “Rugrats” movie coming from “Diary of a Wimpy Kid” director David Bowers under its Paramount Players banner.