During a new episode of Antiques Roadshow on BBC One, presenter Fiona Bruce and her team of experts were in Wells, Somerset, Bishop’s Place. Throughout the episode, there were stories of record-breaking gymnasts, a metal artist, a forgotten soldier and three pieces of stunning Fabergé jewellery. However, Hilary Kay was particularly taken by one of the guest’s stories about how she managed to get one of the first signatures from the Rolling Stones.

The old piece of paper with the five signatures was stored in a frame, showing off the original pen marks.

Impressed by the item, Hilary exclaimed: “We are looking at a really clear set of signatures of the Rolling Stones, lucky girl! How did you get it?”

The guest explained: “A group of friends and I went to the Princess Ballrooms in Urmston to see the local pop group and they were just lovely.

“They just sort of gave autographs and had a little bit of a chat.” 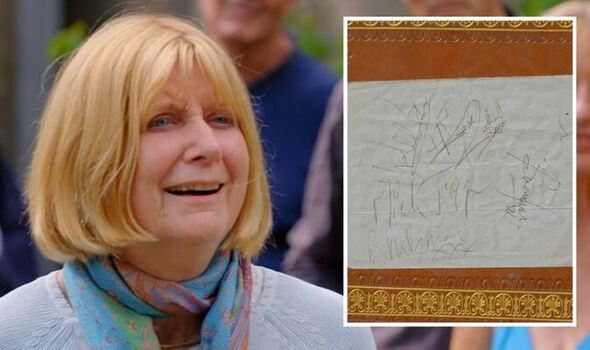 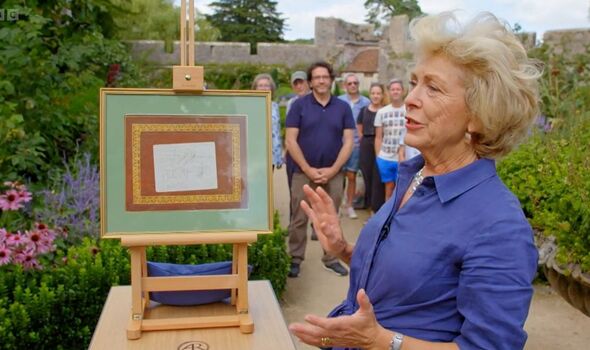 This isn’t the first time a guest on the popular BBC One show has brought along their memories of the iconic rock band. 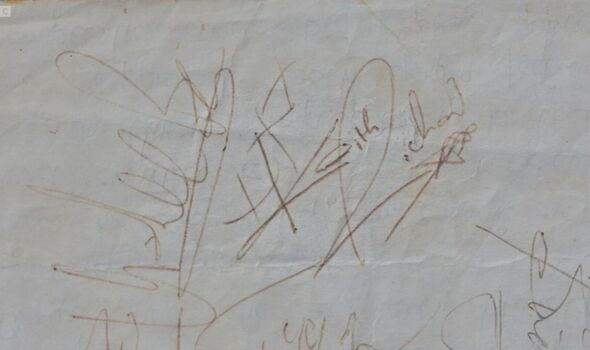 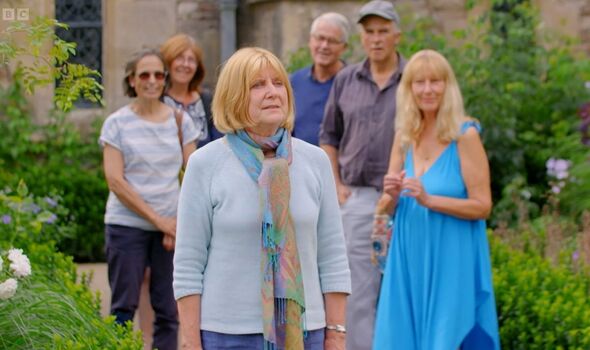 Expert Marc Allum was stunned to see the array of memorabilia on the table and asked: “I take it by the material we have on the table in front of us that you were a bit of a Rolling Stones fan?

“Tell me something about all of these things?”

The guest explained: “Okay, Paris 1965, on a school trip, time off and my friend and I, who was also on the school trip, knew the Stones were going to be in Paris that week.

“So got on the Metro, went to the hotel, managed to coax our way into the hotel down to the bar, and that’s where we met Mick, Keith and Brian.

“Spent an hour chatting to them, hence the photographs and the autographs!”

The guest went on to explain that she was only 14 when she met them, leaving Marc to assume she was a “wild rock’n’roll girl”.

Evaluating what he thought they might be worth, Marc revealed: “Value, I reckon you have probably got about £300-£400 worth of material here!”

Shocked at the amount, the guest exclaimed: “Really? Gosh, well, that amazes me, super!”

Marc joked: “The experience was far more valuable, wasn’t it?” To which she agreed and said: “Well, I have remembered it for a long time let’s put it that way.”

Many guests are left gobsmacked when they receive the value of their items, particularly with things such as signatures.

One guest brought along a document which was signed by Queen Elizabeth I, to which they explained: “Well, I think it was purchased or acquired by my great grandfather and handed down in the family to my mother, who is Elizabeth.

“Her name was Elizabeth, and her married name began with an R, and therefore she used to sign her name Elizabeth R.”

Clive went on to read the rest of the document and soon valued the timeless piece at £35,000 leaving the guests lost for words.

Antiques Roadshow airs Sunday from 8pm on BBC One.