Olivia Munn is opening up about the mistreatment of Asian women in a new YouTube special.

“Recipe for Change,” premiering Wednesday on the Jubilee YouTube channel, brings together celebrities, chefs, activists and allies to pay tribute to Asian and Pacific Islander culture and discuss the challenges faced by the community, including an uptick in acts of violence. The special is produced by LeBron James’ SpringHill Company.

Reports of anti-Asian hate crimes to police in 16 major cities rose more than 164% in the first three months of 2021, according to the Center for the Study of Hate and Extremism at California State University, San Bernardino.

Olivia Munn, Ken Jeong ‘remember the history of racism’ against the Asian community in new PSA 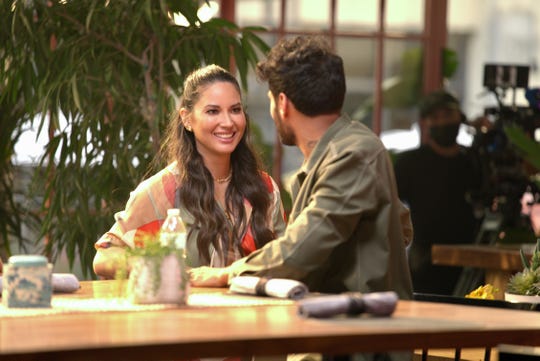 Olivia Munn is one of the celebrities participating in YouTube's "Recipe for Change," which highlights Asian and Pacific Islander culture. (Photo: YouTube Originals)

In an exclusive clip from the special, Ohashi shares that a high school relationship turned abusive. “Even when my parents found out, (I) was never encouraged to say anything or speak out,” she says, “and truthfully, this is the first time I’ve ever said something out loud.”

Nguyen says she can relate: Her parents questioned her decision to speak publicly about her 2013 rape. “My parents did not understand,” she remembers. “They were like, ‘What about your career? Why are you talking about this?'”

“We are asked all the time to just accept it,” Munn says, before doling out advice on how men can be better allies. “It’s first, understanding that no one comes to our aid,” she says. “The way that we’re treated and the way that we are victimized is in a way that is very shameful to the rest of the world. It’s always sexual.

“And, it’s not just by men,” she continues. “It’s by other women who may not like the way that we look because we have been coined as ‘exotic.’ That seems like something that a white woman can’t attain, but I don’t like being called exotic. I’ve been called exotic my whole life. I just want to be.”

Part of that collective memory includes the 1875 Page Act, the 1882 Chinese Exclusion Act and the 1942 Japanese concentration camps during World War II, mentioned as examples of anti-Asian hate through history.

Munn, whose Instagram bio reads “Proud Asian American,” has also been vocal about putting an end to Asian hate and violence on social media. She launched May’s Asian American and Pacific Islander Heritage Month by sharing a photo of her mother on Instagram.

“Kicking off #aapiheritagemonth with this photo of my beautiful mama,” she captioned the image. “#VietRefugee #Vietnamese #Chinese #AsianAmerican”