Before premiering in 2017, “Big Mouth” may have looked like one more coming-of-age teen show built around its off-color humor, where kids crack jokes and embarrass themselves amid the wild waters of puberty. But five seasons in, it’s clear series co-creator/star Nick Kroll and his writing team have larger designs at work.

The theme of the recently launched Season 5 is “Love/Hate,” as seventh graders Nick (Kroll), Andrew (John Mulaney), Jessi (Jessi Klein) and Missy (Ayo Edebiri) experience their first brushes with the powerful forces of both falling in love and having those feelings rejected. For Kroll, this season is a natural evolution for the characters and the show.

“It’s a combination of letting our characters dictate the stories we tell, but we also go in season to season with larger themes in mind,” Kroll said. “We started in Season 2 with shame and felt how successful that was for generating stories. We did it with anxiety in Season 4 and after that, we all felt like we needed a little break, and so love felt like a natural place to think of stories, especially with kids of that age. You’re starting to get your first crushes, heartbreaks, things like that.”

In one particularly painful episode, Nick, spurred on by his new Lovebug, Walter (voiced by Brandon Kyle Goodman), decides to perform a guitar serenade for Jessi with, let’s just say, suboptimal results. It’s a profession of love that feels universal, even if it comes from a specific place.

“I gave a lot of those speeches during this period of time,” Kroll said. “We realized it’d be more fun through a song. It felt like the kind of thing a kid would do.”

For Kroll and his writing team, trying to capture the voice and attitude of today’s kids can often be challenging. While the core of the show is based on Kroll and fellow creator Andrew Goldberg’s childhood memories, the modern elements of how kids approach sex, identity, and relationships are constantly evolving, a fact the show tries to address in its storytelling.

To help, the “Big Mouth” team meets with sex educators and students from across the country to get an idea of what is being taught and what kids – with access to way more information about sex than previous generations – want to know more about.

“We’re slipping around the web and reading stuff, but we also bring in people to talk to us,” Kroll said. “We’ve been talking to sex educators since very early in the show, and in the last few seasons we’ve been talking to their students to understand from their perspective what stories are resonating with them and what stories they’d like to hear.

“The first episode of the season is ‘No Nut November,’ which seems like a joke, but it’s a thing that kids do,” Kroll said. “So, that comes from us directly observing and interacting with the internet and then thinking, ‘That feels like a ‘Big Mouth’ episode. Let’s do that!’ Our hope is that it’s always an ongoing conversation where we’re putting things out into the world and the world is then returning stuff back to us.”

That same spirit has helped “Big Mouth” weather several mild controversies over the first five seasons, including its definitions of pansexuality vs. bisexuality and initially casting Jenny Slate, a white actress, to voice Missy, a biracial character. (Edebiri, a black actress, took over in Season 4).

“It can be complicated, but all that means is that you have to put extra thought into the stories you are telling and who you are telling them with,” Kroll said. “There’s almost always a solution if you endeavor to be more thoughtful about what you are doing. It leads to a more interesting story.”

Season 5 continues the “Big Mouth” tradition of impressive celebrity voices, with Keke Palmer, Kumail Nanjiani, and Hugh Jackman joining a roster that includes Jean Smart, Maya Rudolph, David Thewlis, Paul Giamatti, and Kristin Wiig. Kroll is thrilled that so many people have signed on to play parts that are not usually on their radar.

“Early on, it was a lot of my friends, but now as we moved on and expanded, it goes beyond my personal rolodex,” Kroll said. “Now, you have people who watch the show, or in many cases, whose kids watch the show. Thandiwe Newton said yes and then found out her daughter was a big fan. And then she shot a movie with Hugh Jackman [the 2021 Warner Bros. feature “Reminiscence”], and she was like, ‘He’s so fun and would be a great part of the show.’ So, we did a weird pun joke with a Hugh Jackman celebrity penis.”

“The first version he sent us was with his American accent, kind of a Wolverine vibe. And we were like, ‘We really want Australian Hugh Jackman,’ and he was like, ‘Great!’ We’ve been very fortunate. We try to make the process fun for then. People are onboard and they become part of the family. That is very fun.” 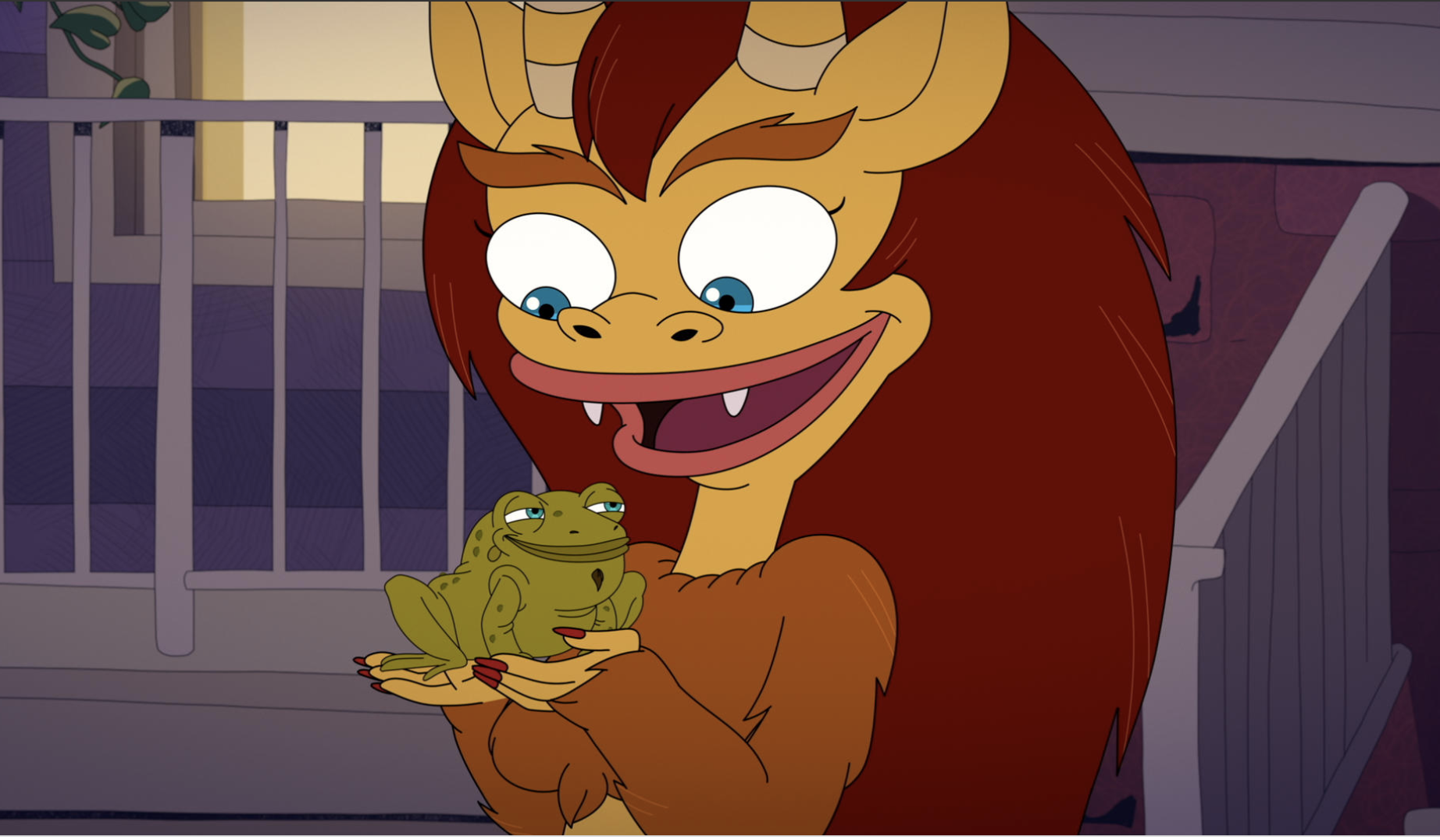 The reclusive Howard Stern remains on the bucket list for a “Big Mouth” cameo – “That’s always a dream,” Kroll said – in addition to Viola Davis.

Fortunately for Kroll, he’ll have some more time to expand the “Big Mouth” family. The series has already been renewed through Season 6, and Netflix recently announced the spinoff series “Human Resources,” focusing on the workplace of the Hormone Monsters and other creatures that impact kids during adolescence.

“It’s beyond our wildest dreams,” Kroll said. “Getting someone to buy a pilot of a script is hard. Getting a pilot made is incredibly rare. Getting a show on the air is even more rare. Getting a show that gets to make multiple seasons is so hard and getting a spinoff of that show to expand the world you’ve created is one in a million. The idea that it’s based on the seminal events – pun intended – of myself and someone I’ve been friends with since the first grade, the percentages are so low.”

“But I think the chances go up when you have so much actual history and friendship and love and family integrated into the show.”

“Big Mouth” Seasons 1-5 are available to stream on Netflix.