MUSICIAN David Crosby, who helped Melissa Etheridge and ex-partner Julie Cypher conceive via sperm donation, has broken his silence over the tragic death of son Beckett.

Melissa, 58, confirmed on Wednesday via Twitter that her 21-year-old son "succumbed" to his battle with addiction. 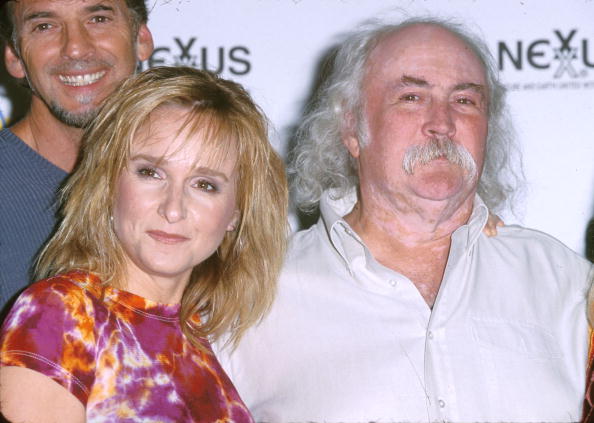 In light of the devastating news, David, 78, made several short statements on Twitter.

In a now deleted tweet, which Entertainment Tonight shared, a social media user claimed: "I respectfully point out, David was their donor.

"They did not have a son 'with' him. He was Melissa and Julie's child. They raised him. Like most donors, he played no other part."

Retweeting the post, the musician simply replied "not true". 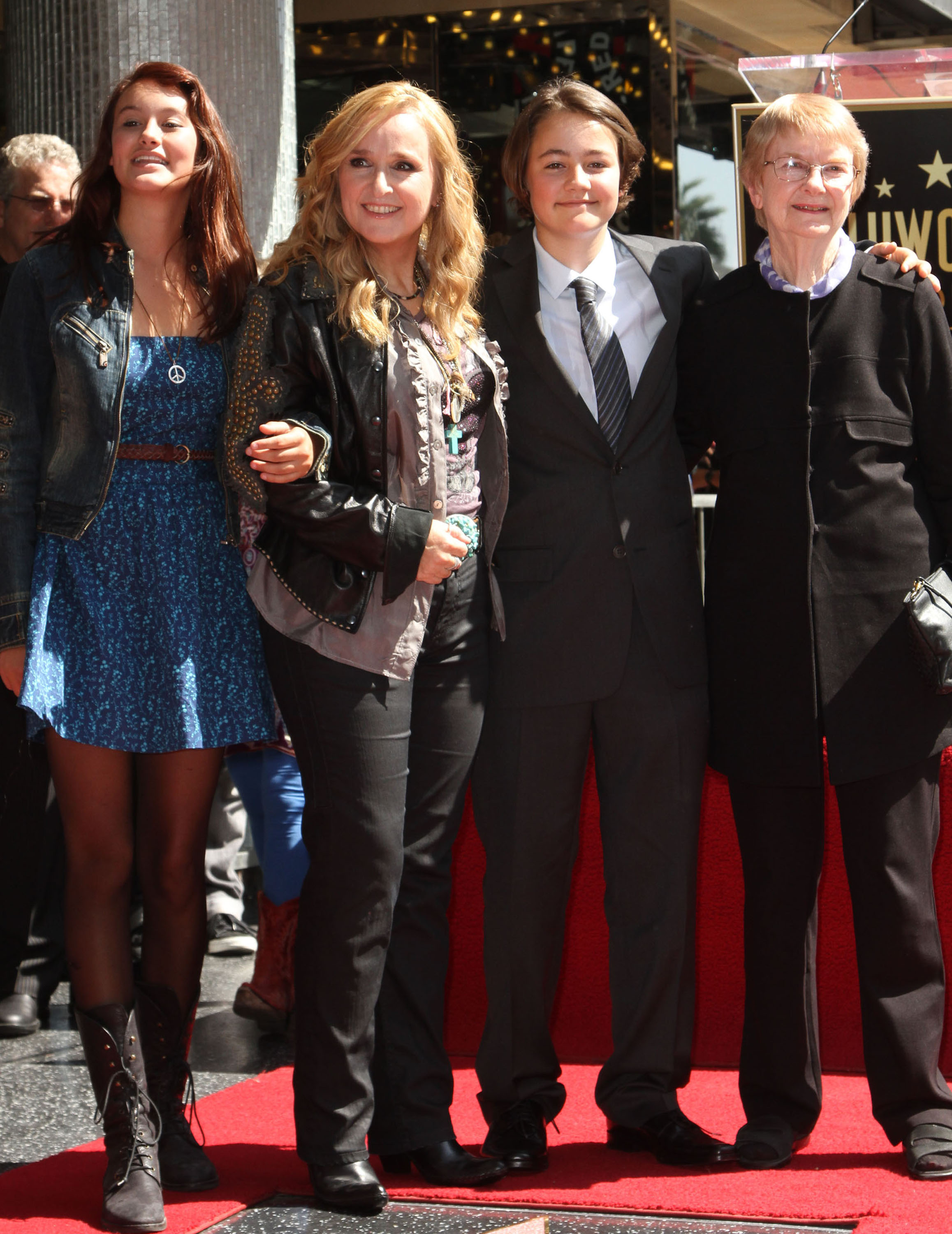 David also responded to another fan, who wrote a heartfelt tweet to him sharing their condolences: "While I know that you were a surrogate, I also know that you just lost a son. I’m sorry, I know you’ve had a rough year.

Sisters Patricia and Rosanna Arquette shared their support online as they sent him and the family "love" during their difficult time.

Patricia penned: "I am sending you all love during this very difficult time. May he move through the light and know how loved he is." 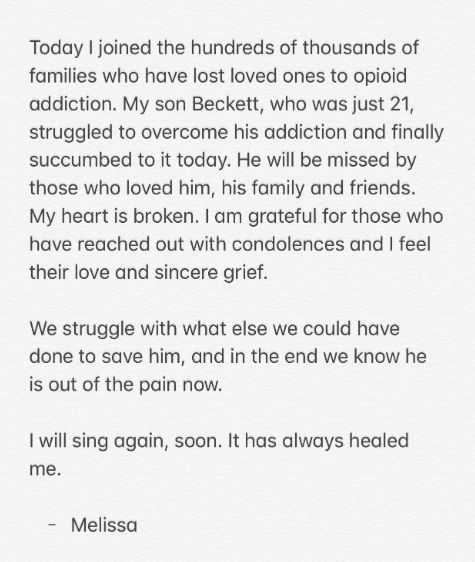 While Rosanna added: "I’m so Sorry DAVID for this devastating loss and send you and the rest of the family love. Rest In Peace Beckett."

His social media comments come after Melissa’s team released a statement on her Twitter on Wednesday confirming Beckett's passing.

It read: "We’re sad to inform you that Melissa’s son Beckett passed away and there will not be a Concerts From Home show today."

The acclaimed musician then revealed the tragic cause of death: "Today we joined the hundreds of thousands of families who have lost loved ones to opioid addiction.

"My son Beckett, who was just 21, struggled to overcome his addiction and finally succumbed to it today. He will be missed by those who loved him, his family and friends."

She continued: "My heart is broken. I am grateful for those who have reached out with condolences and I feel their love and sincere grief.

"We struggle with what else we could have done to save him, and in the end we know he is out of pain now."