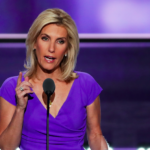 “To be fair, Gaetz — the same Matt Gaetz who faces potential sex trafficking charges which he denies — did also tweet today to free Britney Spears, which kinda makes him a freedom fighter,” said Williams sarcastically.

That’s all true: Gaetz is facing potential sex trafficking charges, has denied them and did join the legions of people who tweeted in support of Spears’ public statement Wednesday requesting her 13-year conservatorship be ended.

In true primetime-to-Twitter fashion, Williams’ comments went a little viral and he trended on the microblogging platform into Thursday morning. Watch above, via MSNBC, and see Hertling’s tweets below.