The fourth run of Money Heist saw Nairobi (played by Alba Flores) shot in the head by Gandia (José Manuel Poga) after a tense stand-off between the bodyguard and the gang. After her death, Nairobi was shown lying in the sun at the house in the Spanish countryside where the group first met each other. She was wearing a silky red dress and held a daisy in her mouth.

Near to Nairobi in the heartbreaking scene was Moscow (Paco Tous), Oslo (Roberto Garcia) and Berlin (Pedro Alonso), who had died in previous seasons.

This wasn’t the first time Nairobi had been seen dressed this way as she lounged in the sun.

In fact, one fan has pointed out she was seen twirling the flower in her hand in the opening scenes of season four, episode five.

Moscow, Oslo and Berlin were also there with her like the ending sequence of episode six. 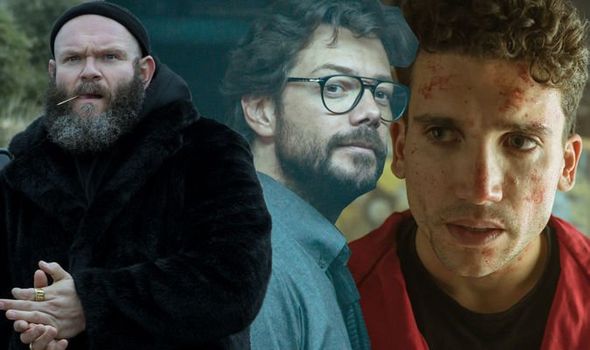 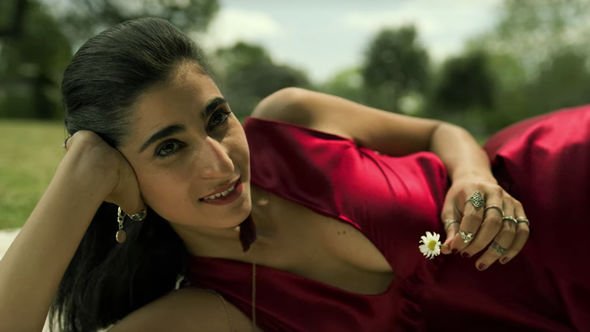 Fans know think this is a big hint that the trio will be next to die in the series.

Reddit user itseliza24 wrote: “After Nairobi was shot by Gandia, we saw her at a beautiful garden with a flower in her mouth.

“A couple of seconds after that, we see Moscow, Oslo and Berlin, starring at her with a little smile on their faces.

“However, this is not the first time we see that scene. This was actually the starting scene in episode 5 of season 4 and Nairobi, Moscow, Oslo and Berlin, weren’t the only people sitting there. 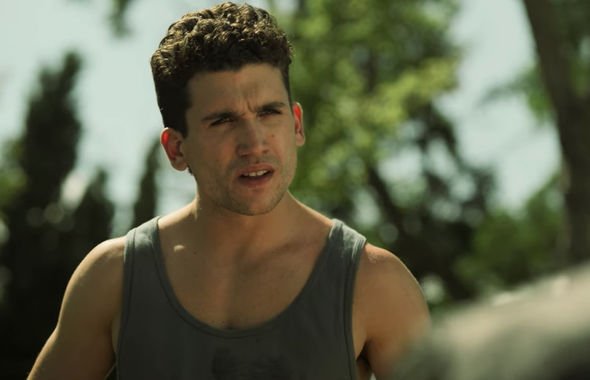 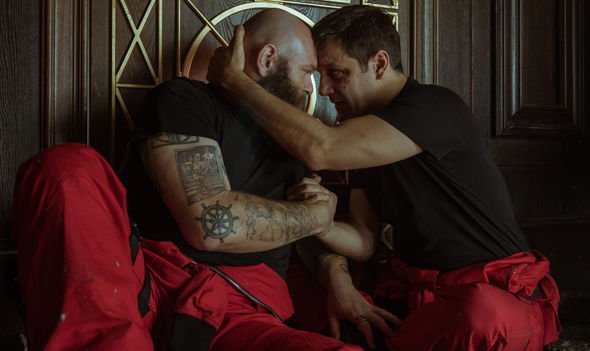 The fan added: “I feel like they wouldn’t give it away so easily, but you never know.”

Helsinki is a favourite to be killed off when the series returns, with another fan guessing he and Palermo (Rodrigo de la Serna) will be split in a heartbreaking twist.

Redditor boguizanogu posted: “I personally think that either Palermo or Helsinki will die next.

“I feel like one of them will sacrifice himself for the other one because that would be a very powerful way of showing that they actually care about each other.”

They added: “If Helsinki dies it would leave Palermo heart broken again and that would make too big of a parallel with him being hurt by Berlin’s death.

“If Palermo dies Helsinki would have already been hurt too many times (considering the deaths of Oslo, Nairobi and now Palermo) and that just wouldn’t be fair to him.”

Palermo was seriously injured in the opening of season three with his vision now slightly impaired.

However, Helsinki is yet to be seriously injured in a heist so his death would likely be more shocking.

With regards to Denver, he could be killed by trying to save Stockholm (Esther Acebo) so can escape and reunite with their son.

The Professor meanwhile is currently in a precarious situation as season four ended with Alicia Sierra holding a gun to his face.

Money Heist season 1-4 is available to stream on Netflix now.