Alicia (played by Najwa Nimri) has carried out some despicable crimes, including torturing Rio (Miguel Herrán), using Nairobi’s (Alba Flores) son Axel to shoot her, and interrogating Lisbon (Itziar Ituño) for longer than she should. However, her crimes were eventually exposed and she was fired from the police department leading to her hunting down The Professor (Álvaro Morte) to exact revenge in the final instalment of Money Heist season four.

However, despite her seemingly having the upper hand against The Professor, viewers are worried about her fate in the next series.

Alicia was hated for so long and after her horrible behaviour towards the gang, it’s unlikely The Professor will want to cooperate.

Could he wait for her to give birth to her baby and then leave her for dead?

Fans certainly think there is a sinister twist in store for the expectant mum. 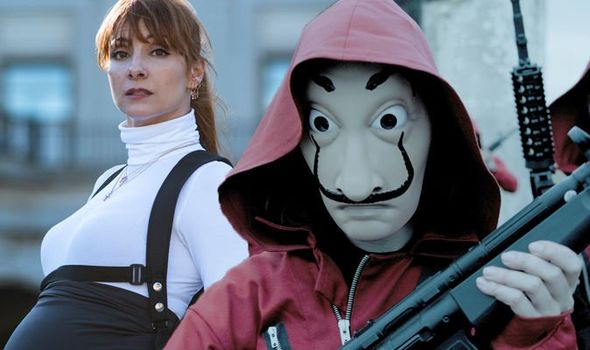 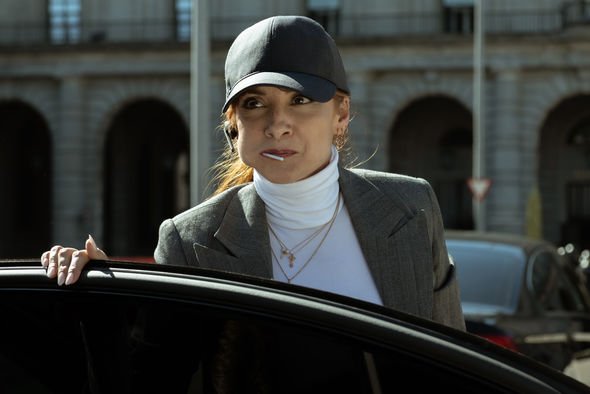 One Redditor user explained: “So why are we not discussing Alicia!

“Doesn’t anybody else HATE her? Lol everything about her.

“That last scenes with those ugly glasses and that smirk on her face I just wanted to smack her.”

Another fan replied insisting that they don’t want her to go because she’s is interesting like Berlin, she is likely to be killed. 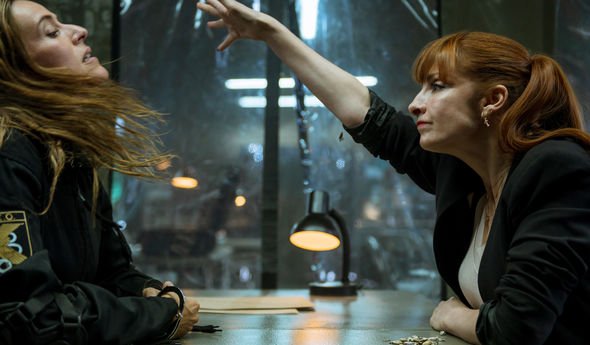 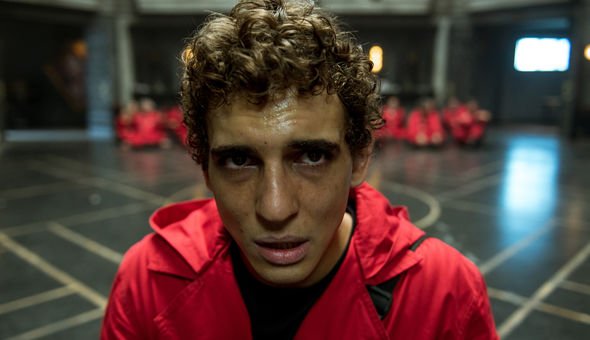 They theorised: “I personally don’t want her to go, or at least not yet! Even though we all hate her she makes a great villain and character, she’s really smart and probably, if she was in the professor’s team we all would LOVE her I’m sure.”

Another added: “Bringing Nairobi’s kid was obviously not okay and made me hate her but also made her so much more interesting.

“I feel like my opinions of her are very similar to my opinions of Berlin. He, like Alicia, is a really interesting character even though he was so evil.

“I would be so sad if she does leave. I feel like all the characters which were interesting are all dead.”

Someone else defended the character, explaining the reason Alicia is so hated is because actress Najwa did such a good job.

“If we hate Alicia then the actress did a good job,” they wrote. “And also there ought to be characters that are hated in a series. Personally I don’t hate Alicia.”

It comes as fans think Rio secretly teamed up with Alicia when he was interrogated at the start of season three.

Viewers saw Alicia treating Rio almost like a child at certain points as she dressed him and gave him cups of coffee.

However, when Rio was reunited with the gang, he revealed he was kept in a tiny cell and unable to sleep for long periods of time.

He also revealed he was buried alive and thought that was how his life would end. But fans think Rio is lying about his experience and is working alongside Alicia in exchange for his freedom.

One fan theorised: “Rio tells the group that he could hear the sound of a mosque everyday when held captive. However, when they go visit the place, it’s just a dessert with nothing around.”

Money Heist seasons 1-4 are available to stream on Netflix now.