The idea that actors would become dispensable in the age of CGI never really panned out like everyone thought. Actors still managed to keep themselves employed, including in the MCU, despite a plethora of green screens enveloping them. For an actor like Christopher Eccleston, that was possibly a bigger problem.

Being a sideline character in the MCU arguably becomes more challenging because of the digital landscape. Trying to stand out among all the CGI bells and whistles may also feel creatively stifling.

MCU fans now think Eccleston wasted his time when he appeared as Malekith the Accursed in Thor: The Dark World due to being drowned in excessive CGI paint.

Should actors be more recognizable under all the MCU CGI/makeup? 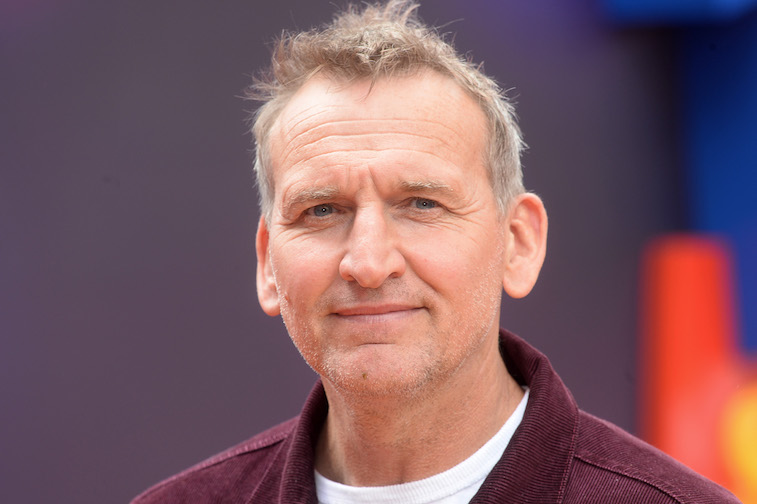 There is a good argument to be made here that Eccleston was simply bogged down with too much digital wizardry to even be noticeable as himself. Eccleston himself said as much in interviews over the last several years. His past words about working on CGI-laden tentpoles is more than a little telling in how he feels about superhero films.

As Eccleston said himself: “Working on something like G.I. Joe was horrendous. I just wanted to cut my throat every day. And Thor? Just a gun in your mouth.”

Yes, one can assume Eccleston will probably never work in another MCU film again. The saving grace is MCU fans think that The Dark World is not horrible, if easily one of the weakest MCU movies.

Over on Reddit, fans seem in concert with Eccleston on how much he was wasted in his Malekith role.

When Eccleston took the role of Malekith back in 2013, he was coming off of an extensive and celebrated acting career. After all, he did play the ninth Doctor Who briefly in 2005. Plus, his acting in numerously distinguished British productions was well-noted.

Perhaps Eccleston just sounded like others in the movie industry who blast the MCU as pedestrian. Even so, going into the role of Malekith was already asking for a slathering of prosthetic makeup and digital trickery. Few other MCU characters are so layered with blue-colored skin from head to toe, not including long, flowing white hair.

Reddit users recently noted Eccleston was practically forgotten to exist in the movie because of all that CGI and voice filtering.

Will it make Eccleston want to focus more on movies that never hide his physical appearance? In the case of Marvel, it may give them pause on how they go about presenting certain villains without making them nearly unrecognizable.

What has Christopher Eccleston done since his MCU turn?

If you look at Eccleston’s recent acting credits, you can see he has focused more on human dramas, both on the big-screen and TV. He acted on HBO’s The Leftovers for a time, plus in British TV productions like King Lear.

Clearly, Eccleston wants to head back to more humanistic acting and not deal with the horror of green screens. Some people might consider this the ultimate escape from the digital realms. Others would say Malekith was a character rarity and most MCU characters are far from being so overwhelmed with makeup.

Whether the MCU takes heed with this through their future characters will be interesting to see. The last thing they want is having fans think actors were a complete waste in their respective roles. The same goes for the actors themselves, especially those from prestigious backgrounds.

Because Malekith is dead in the present MCU timeline, at least Christopher Eccleston will never have to deal with another actor bettering one of his past roles.