Actress made her screen debut in 1945’s “Doll Face” 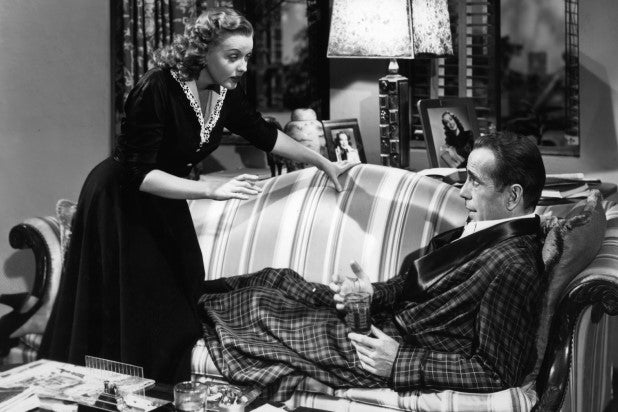 Martha Ruth Stewart Shelley aka Martha Stewart, the singer and actress who starred alongside Humphrey Bogart in the noir film “In a Lonely Place,” has died. She was 98.

Stewart’s daughter Colleen Shelley announced the news in a tweet on Feb. 18, saying that her mother died peacefully and surrounded by her family on Feb. 17.

“She had a new part to play in a movie with all her heavenly friends,” Shelley tweeted. “She had a good run. Fare thee well Mommy.”

Martha Ruth Haworth, who took the stage name Martha Stewart, was known for playing the character Mildred Atkinson in 1950’s “In a Lonely Place” opposite Bogart. She got her start singing alongside Glenn Miller and others for NBC radio during World War II and made her screen debut in the film “Doll Face.” In the film, she sang a duet with Perry Como.

Some of her other film credits include “Johnny Comes Flying Home,” “I Wonder Who’s Kissing Her Now,” “Are You With It?” and “Daisy Kenyon,” in which she played the best friend to Joan Crawford’s character. She retired from acting after her final film “Surf Party” in 1964 and dedicated her life to religious and family causes.