The Chase welcomed four new players onto the ITV gameshow on Wednesday (June 2). Harry, Caroline, Allan and Sue were the four contestants taking on Chaser Mark Labbett in a bid to win a cash prize. But, when a question came up about space, Mark teased host Bradley Walsh for not knowing the answer.

Harry from Newcastle kicked off the show as the first contestant and successfully gained £3,000 in the cash builder.

Harry’s fellow players encouraged him to take the £3,000, but he was too nervous to risk it and instead went for the low offer of £1,000.

But, during Harry’s battle with the Chaser, there was a question about space and Bradley admitted he didn’t know the answer. 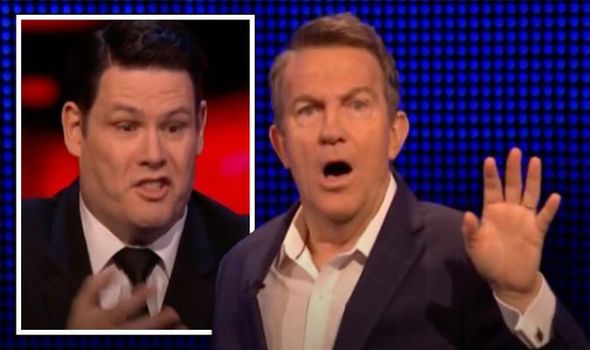 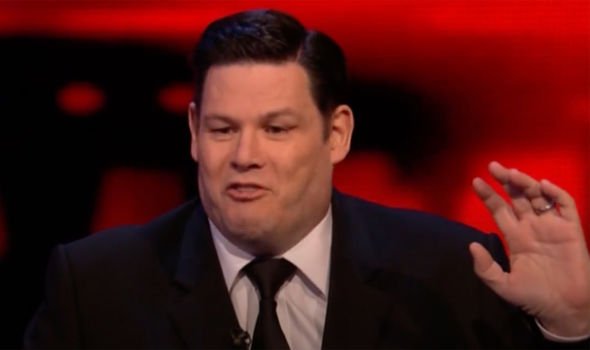 The presenter confessed he thought the sun was a planet saying: “I didn’t know it was a star!”

The Beast took the opportunity to tease his co-star, joking: “ITV can I do a show called Educating Bradley?”

Bradley burst out laughing after the brutal jab at his intelligence, adding: “I bet it’d have like a hundred and fifty-two thousand episodes.”

“Like educating Joey Essex but even easier,” Mark said, adding: “Oh too mean? I don’t think so!” 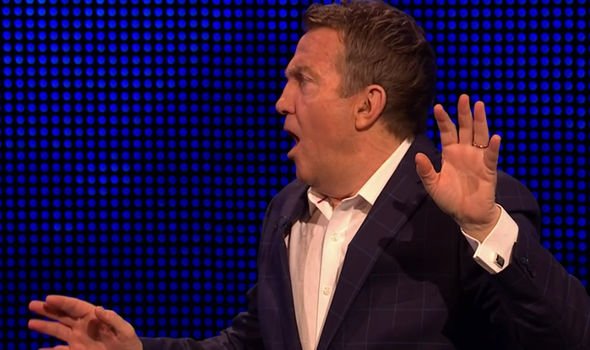 Luckily, Harry got the team off to a great start as he avoided getting caught by the Chaser and sailed through to the final.

Next up was Caroline who managed to get £5,000 in her cash builder round.

She chose to stick with the £5,000, but it soon proved to be the wrong decision as she was caught by the Chaser.

As a result, she was booted off the show and the team was suddenly down to just three players.

Allan stepped up next and managed to build up £4,000 in the quickfire round.

He soon followed in Harry’s footsteps and safely made it back to the team.

Sue was the fourth and final player and she gained £5,000 in her cash builder.

Her teammates urged her to stick with the £5,000, but Sue was tempted by the £70,000 as she revealed she wanted to buy herself an Aston Martin.

But, sadly Sue was quickly caught by the Chaser and was knocked out of the game.

“I’m sorry, you were a really great player,” Bradley said as Sue exited the show.

This meant that only Harry and Allan had made it to the final Chase and were playing for a joint prize fund of £5,000.

But, the challenge was all too much for the pair, as they only managed to get 13 spaces on the board.

“We’ll need some push backs and a lot of them,” Bradley said.

The team sadly were caught by Mark and lost after having one opportunity to push back but executed none.

“A full house always helps in the final chase,” Bradley said, suggesting they may have done better with a full team.

The Chase airs weekdays at 5pm on ITV.