In the early 1990s, Leonardo DiCaprio was a promising young star. As a teen, he earned his first Academy Award nod for 1993’s What’s Eating Gilbert Grape. But despite the success of that film and 1996’s Romeo + Juliet, the actor’s breakthrough role was still ahead of him. And he once acknowledged just how much the 1997 release of Titanic changed his life.

Leonardo DiCaprio was a rising star in the mid-1990s

Despite the movie star he’d become, DiCaprio’s first few roles weren’t on the big screen. Instead, he was mostly known for television. The actor appeared in episodes of The New Lassie, The Mickey Mouse Club, daytime soap Santa Barbara, and the 1990-1991 Parenthood series. Then, finally, he landed a main role on the hit sitcom Growing Pains for its seventh and final season.

The same year he joined that show, DiCaprio made his film debut in 1991’s Critters 3. That direct-to-video horror sequel is a fairly inauspicious place for the actor to start his movie career. But it didn’t take long for Hollywood to take notice. By the mid-1990s, DiCaprio was a full-blown teen idol. And that status was only cemented further when he shared the screen opposite Kate Winslet in James Cameron’s Oscar-winning epic Titanic. 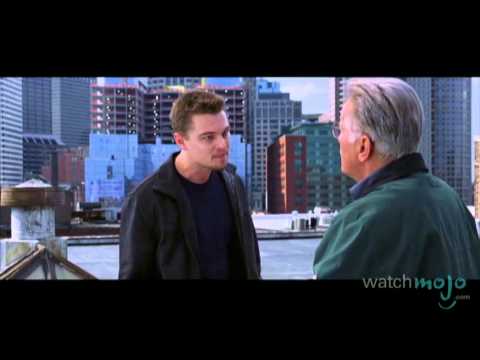 The actor felt a shift after ‘the Titanic’ phenomenon

Although he was already a star, Titanic — once the highest-grossing movie of all time — DiCaprio was suddenly in the spotlight like never before. And according to Esquire, that level of fame wasn’t something he was necessarily ready for.

“It wasn’t the era of penetrating Internet paparazzi that we have now. But my name wasn’t me anymore. I was sort of this thing. Kate felt it, too. But a lot of the attention was on me because of the teenage girls who repeatedly went to see the movie. I had the blond hair, and I was Jack Dawson, this heroic figure. So I set up everything in my personal life to rebel against that image in order to strip it down. I had a lot of fun stripping it down. But ultimately, that knocked me a few rungs down the ladder.”

DiCaprio soon would make deliberate efforts to change his image with his choice of film roles. After 1998’s The Man in the Iron Mask, he starred in movies like 2000’s The Beach and mixed in some smaller films Celebrity and Don’s Plum. Needless to say, the actor’s reputation would greatly change over time.

Any lingering doubts about DiCaprio’s acting ability and range was shut down by the early 2000s. His work with Steven Spielberg in Catch Me If You Can in particular is often cited as one of his career-best performances. And his run of three straight movies with Martin Scorsese — Gangs of New York, The Aviator, and The Departed — elevated him to one of the most respected actors of his generation.

In fact, by the time DiCaprio won his first Academy Award for The Revenant, many fans felt the victory was overdue. With other hits like Inception, The Wolf of Wall Street, and Once Upon a Time in Hollywood, DiCaprio isn’t just an Oscar-winning powerhouse but one of the few A-list actors capable of drawing an audience.