Kaleb and MG are two vampires on a mission in tonight’s season finale of Legacies (The CW, 9/8c), even if their motivations couldn’t be more different.

As you’ll see in TVLine’s exclusive sneak peek of the Season 3 ender, both Kaleb and MG are eager to lend a hand in tracking down Cleo and Landon. But while MG is just down to help a fellow supernatural, Kaleb feels he still has “some stuff” he he wasn’t able to get off his chest before Cleo took off. 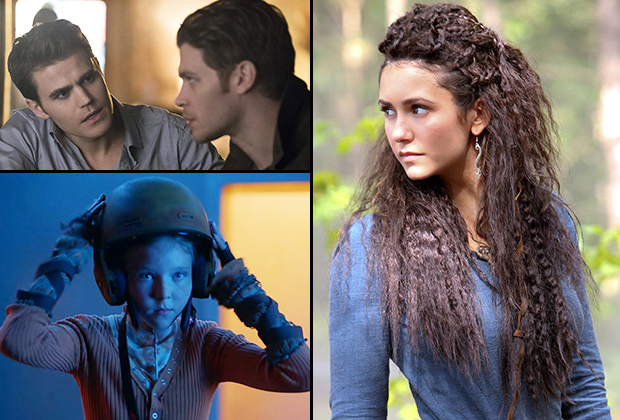 Inspired by their tenacity — and fully aware that he doesn’t actually have a choice — Alaric decides to let the Salvatore School’s star vampires take the case. And as luck would have it, he already has a pretty good lede.

Elsewhere in the season ender, “Hope is forced to work with someone from her past,” according to the episode’s official logline, while “Lizzie’s plan to find Hope a rebound relationship takes an unexpected turn.” Considering last week’s episode ended with Clarke’s return, he seems like a fairly obvious candidate for Hope’s reluctant co-worker. But when it comes to the snag in Lizzie’s apparent plan, your guess is as good as ours.

As for what else we can expect from this finale, showrunner Brett Matthews tells TVLine that fate is a “big driving force” in the events of the episode. “It’s where the first three seasons have been leading us, so hopefully it will be thrilling and climactic and all that,” he says. “Some of the big questions of the show will start getting answered.”

Hit PLAY on the video above for an exclusive sneak peek of the finale, then drop a comment with your hopes below.