NEWLY-single Kris Boyson hit the shops today – with his famous bulge very much on display.

The 31-year-old trainer, who recently broke up with model Bianca Gascoigne, wore his trademark eye-wateringly tight trousers in Kent.

Kris, who has also dated Katie Price, was snapped in a mask and clinging grey tracksuit at a Shell petrol station.

He hopped out of his car with a small man bag and filled up the motor before heading in to pay.

The trainer was seen emerging from the shop moments later, putting on the eye-popping display, then driving away.

Kris is no stranger to a bulge photograph, having appeared variously in tight jeans, tight white trousers and tight denim shorts over the years. 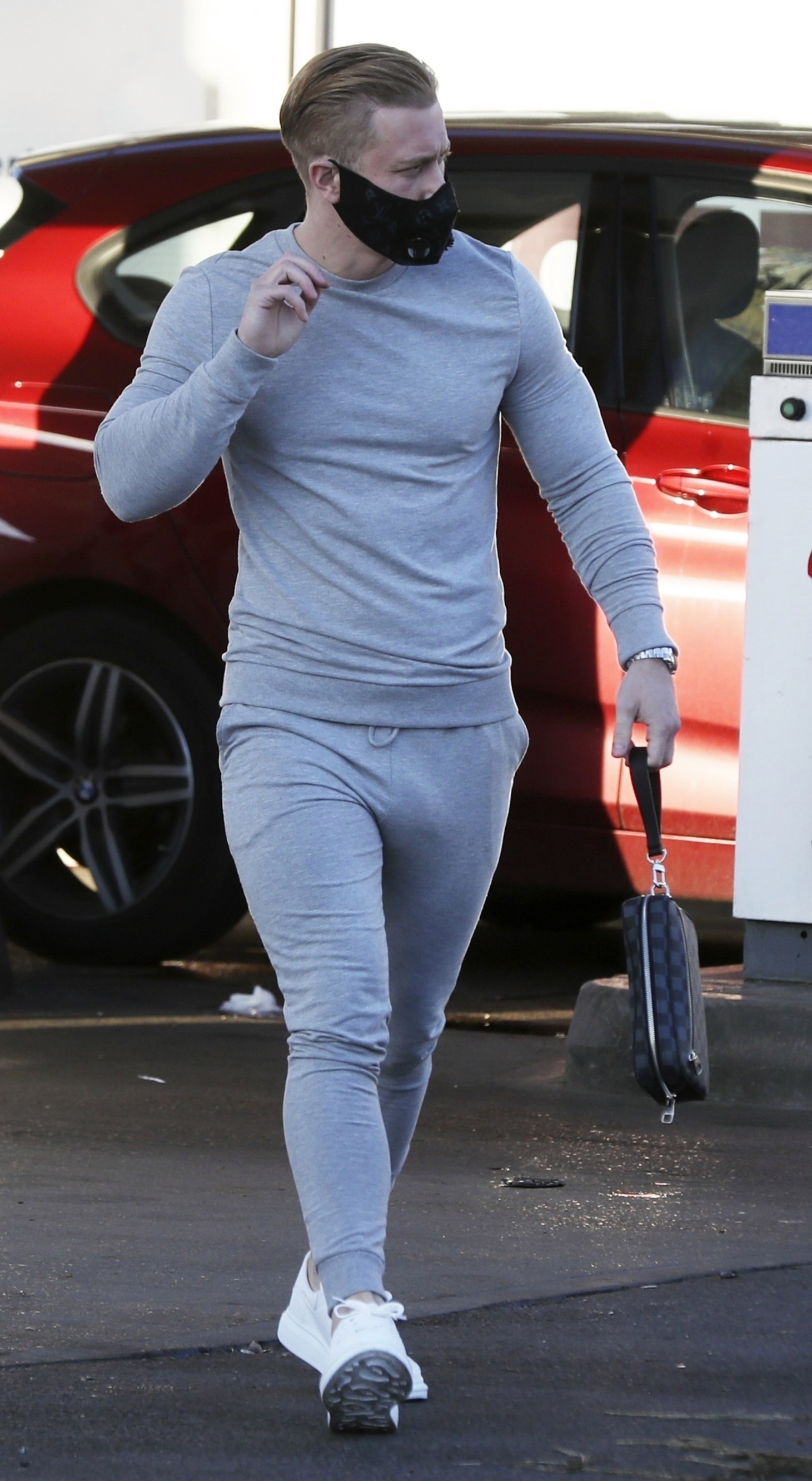 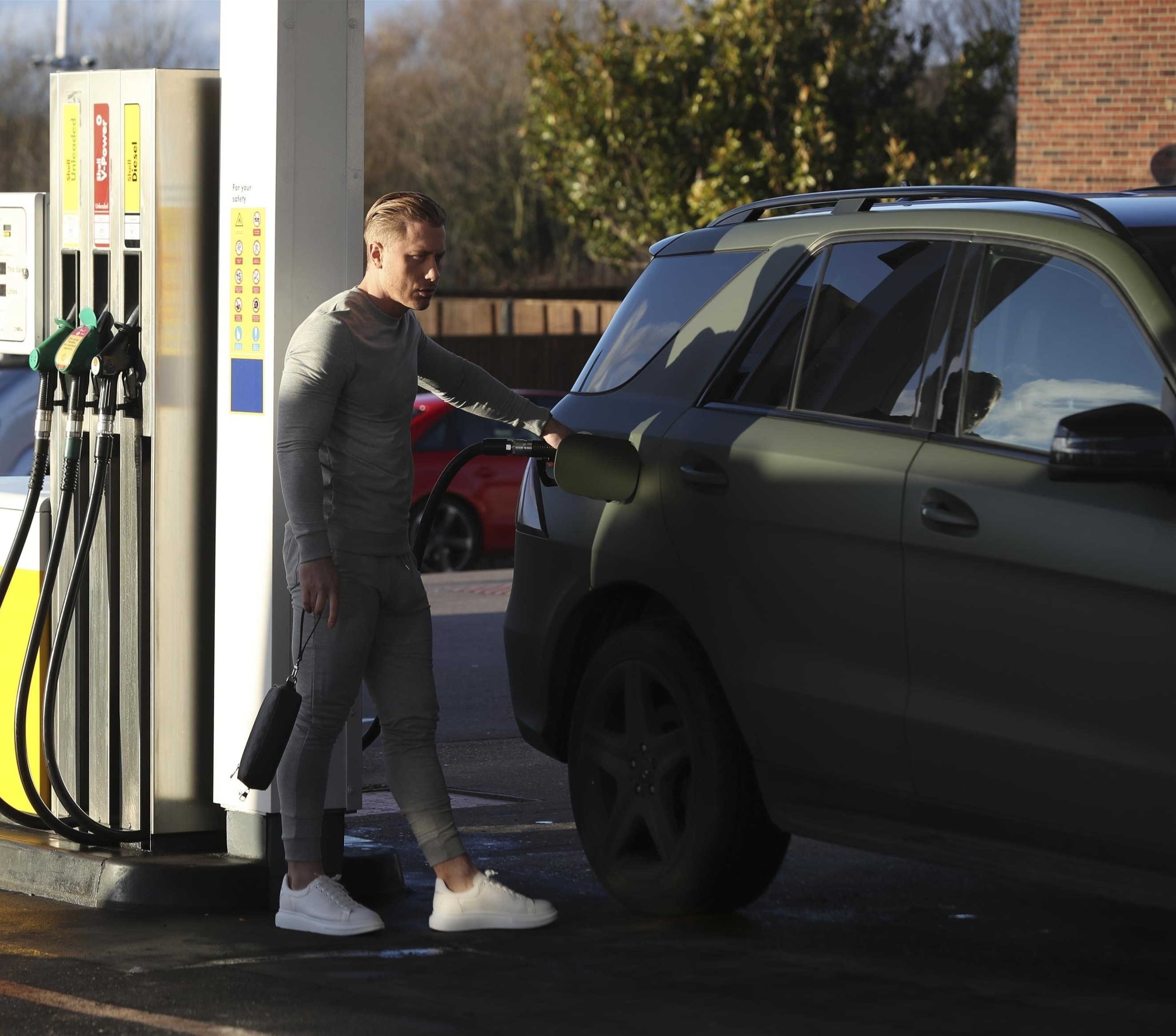 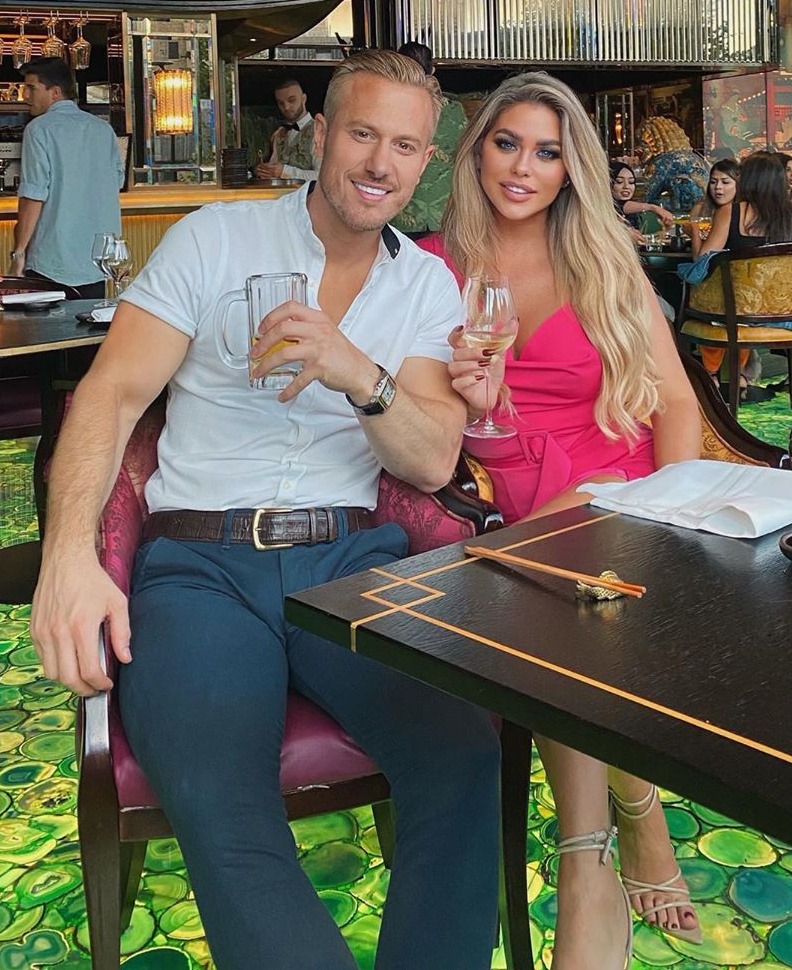 Kris and Bianca said this month that they had called time on their near year-long romance after becoming too busy with their respective businesses.

A spokesperson for the pair revealed: “Bianca and Kris have decided to part ways and are no longer in a relationship.

“But they remain friends and no others parties were involved in their split.

“They have both started new businesses and these have meant their time together has become less frequent.”