KERRY Katona broke down in tears as she reunited with her foster dad in an emotional film for Steph’s Packed Lunch today.

The 40-year-old, who went into care when she was 13, paid tribute to Fred, movingly telling him: “You're the reason I made it this far”. 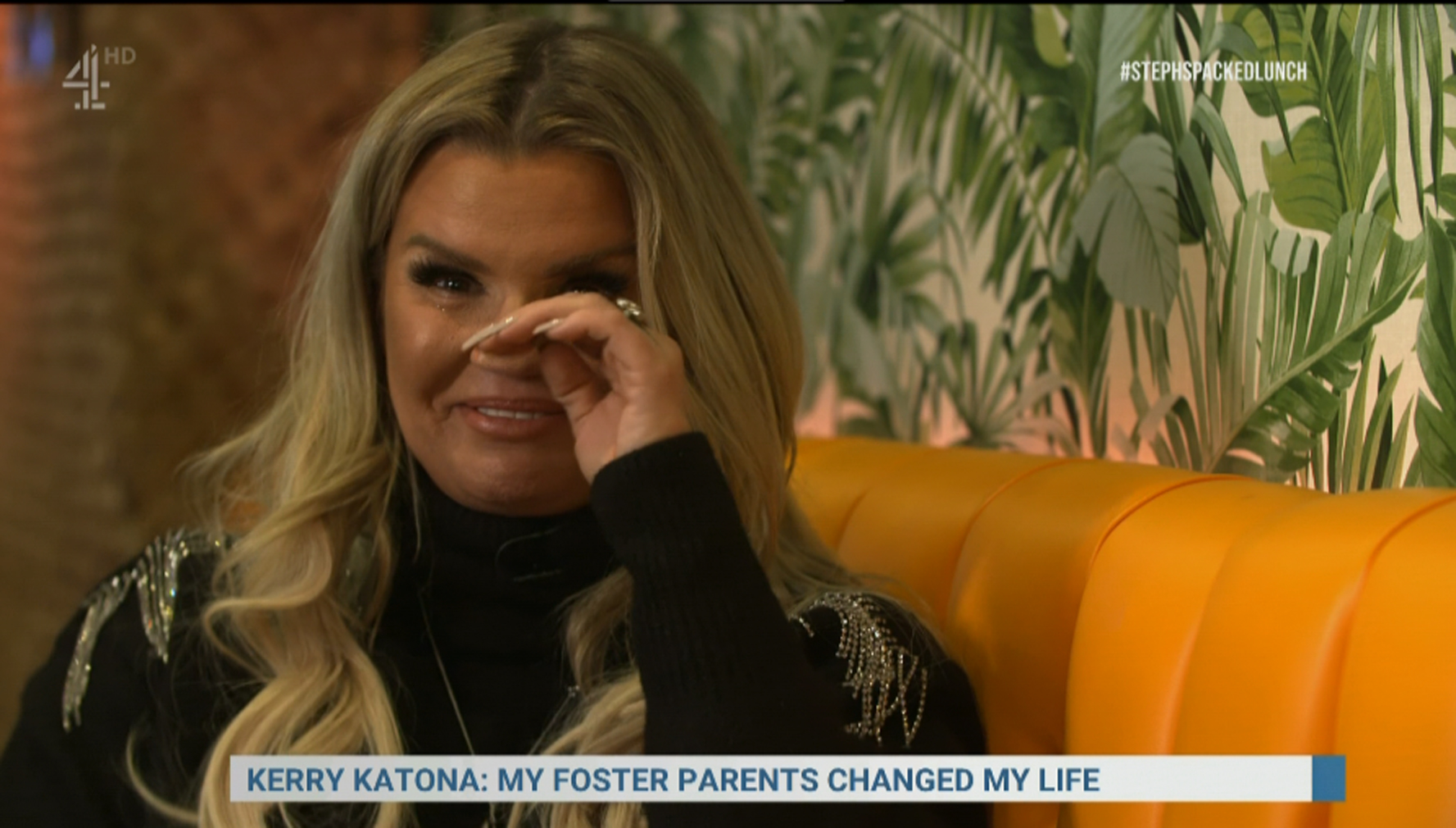 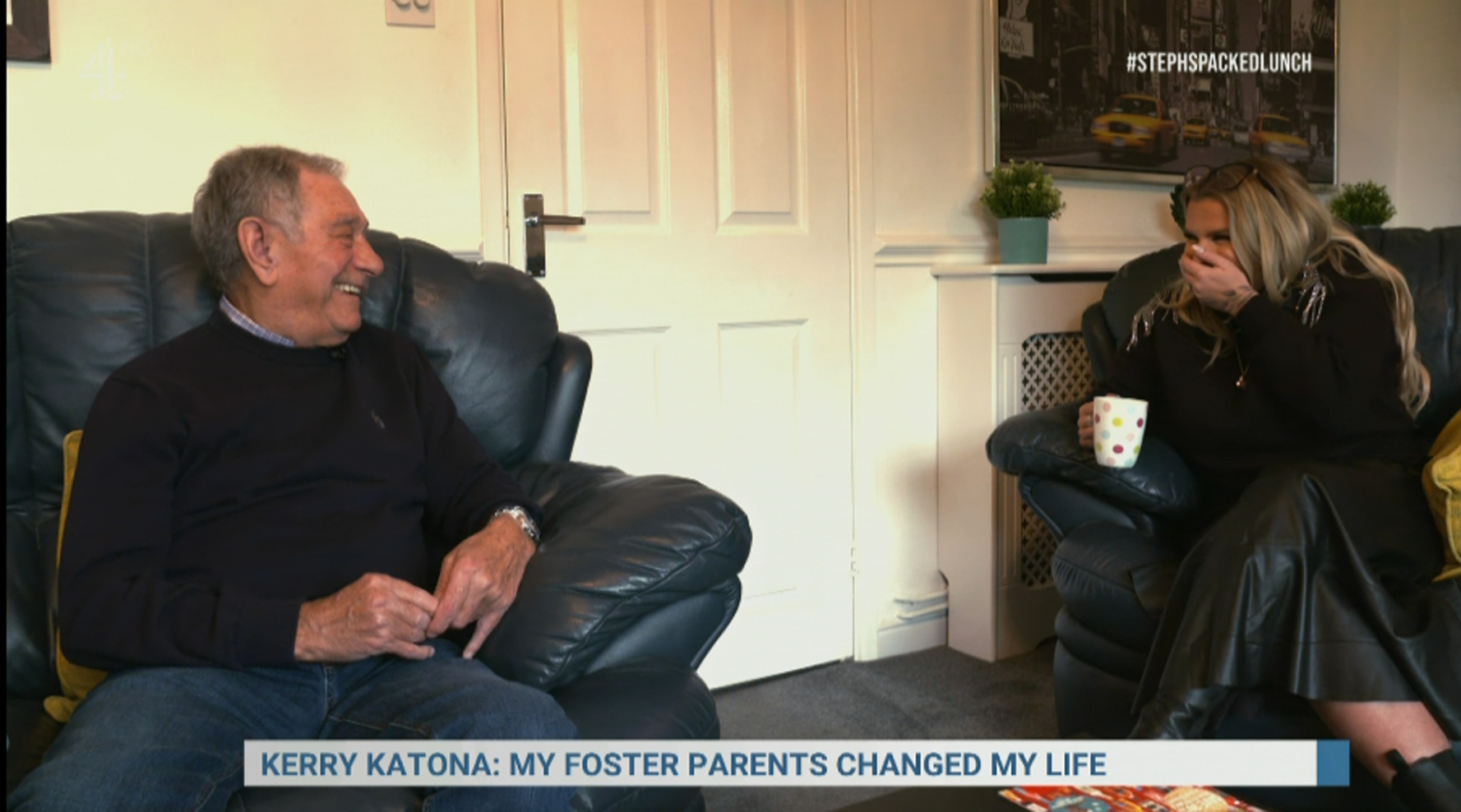 When she was just 14 Kerry’s mum gave her speed – telling her it was sherbet.

Discussing her experience as a child, as new data predicts that almost 100,000 children will be in care by 2025, Kerry explained: “As a child, I moved round a lot. At the age of 13, I was put into foster care…

“I stayed in several foster homes and refuges but eventually I was taken in by an amazing couple, Mag and Fred. Mags sadly passed away six years ago, but I still remain really close to Fred.”

Paying a visit to Fred, Kerry recalls her first time in their home fondly – and her shock at seeing so much food in the fridge.

She said: “The first I came in here, I came in the kitchen and Mags said that I opened all the cupboards and I was like, ‘Oh my god you’ve got food in your cupboards.’ I was like, ‘Look at all the food in there!’”

Most read in Reality 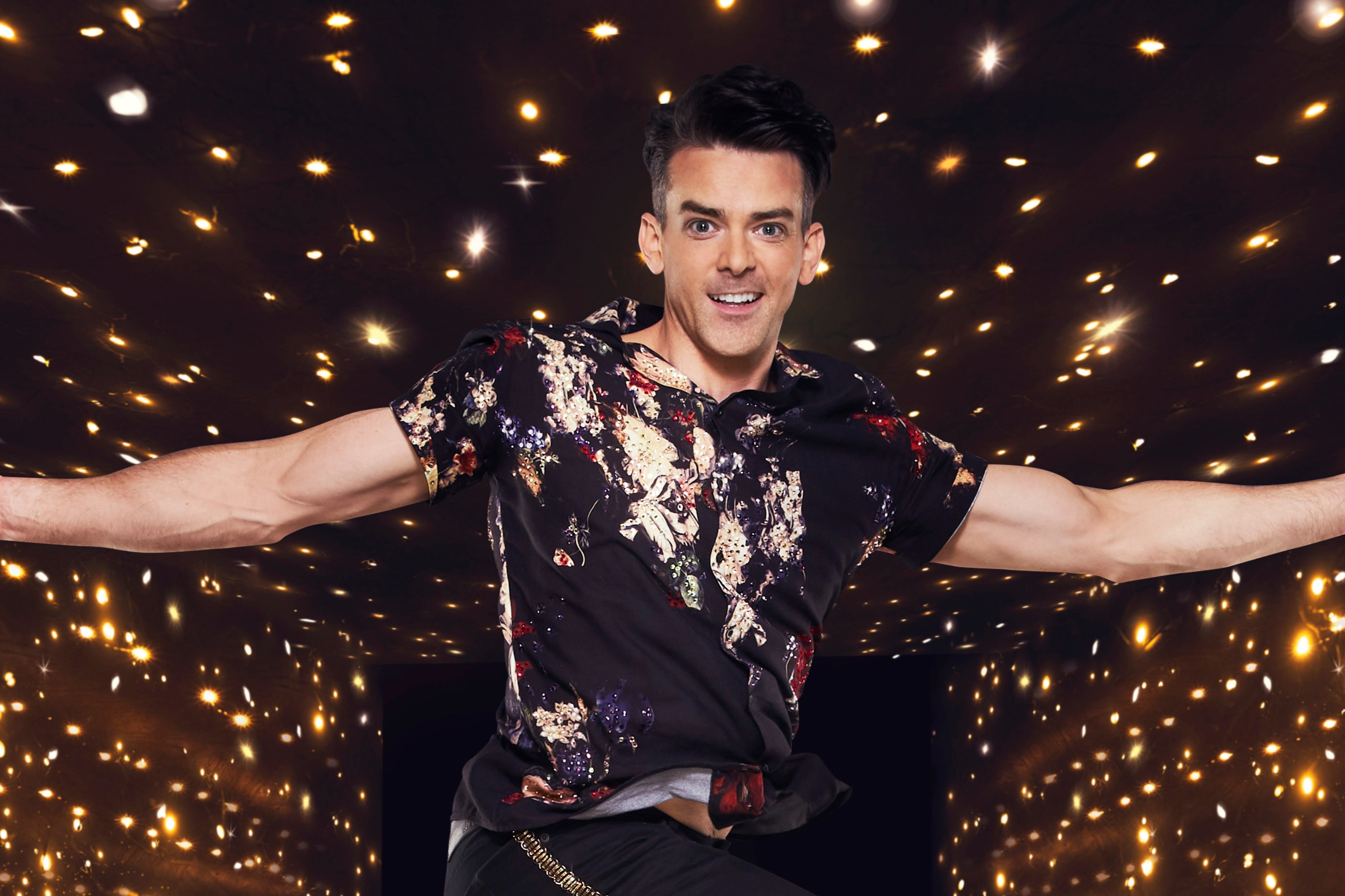 HATS OFF FOR HATFIELD

TOP OF THE BILL

Find out which celebrities are appearing on Saturday Night Takeaway 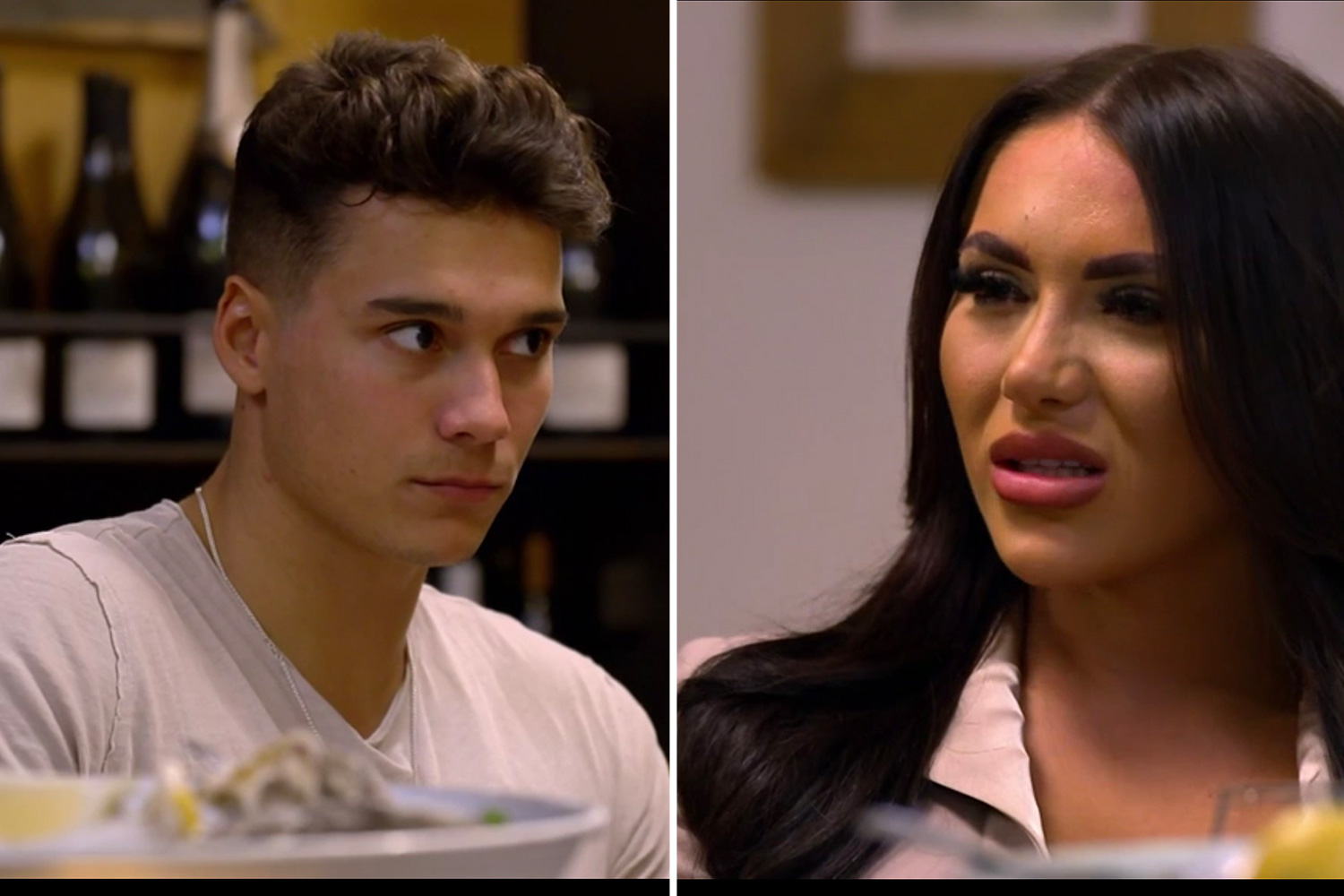 Fred remembers hearing about Kerry from his late wife, Mag: “She rung me up at work and said we’ve got a lovely girl here, but you can’t get a word in edgeways with her, but you’ll like her when you see her.”

Kerry added: “I was so close to Fred, when I married my first husband, Brian, I wanted Fred to give me away.

“I genuinely believe if I didn’t have those three years here, I could be a completely different person… I’m so grateful for Mag and Fred and the positive impact they’ve had on my life.”

Elsewhere in the film, Kerry meets university student Destiny who was in care from being a baby. After being in several foster homes, Destiny met her long-term foster parents when she was 10.

Destiny told Kerry: “I could not be more grateful to them. They’ve taught me what it is to be loved and part of a family.”

Getting emotional, Kerry said: “It could have been so much worse if it wasn’t for my foster parents. Just appreciating those small things of complete strangers taking in a child who’s unloved, that’s how you feel, you feel unloved. I think about all those kids that are out there and it’s not their fault and all they need is a little bit of love….

“It’s people like Mag and Fred we need more of. I feel I’m lucky. I’m so blessed that I made it this far and that’s down to my foster parents.

"There are so many kids out there who haven’t got that and if there’s anybody out there who’s considering [fostering], you don’t understand what you can do to a child’s life.” 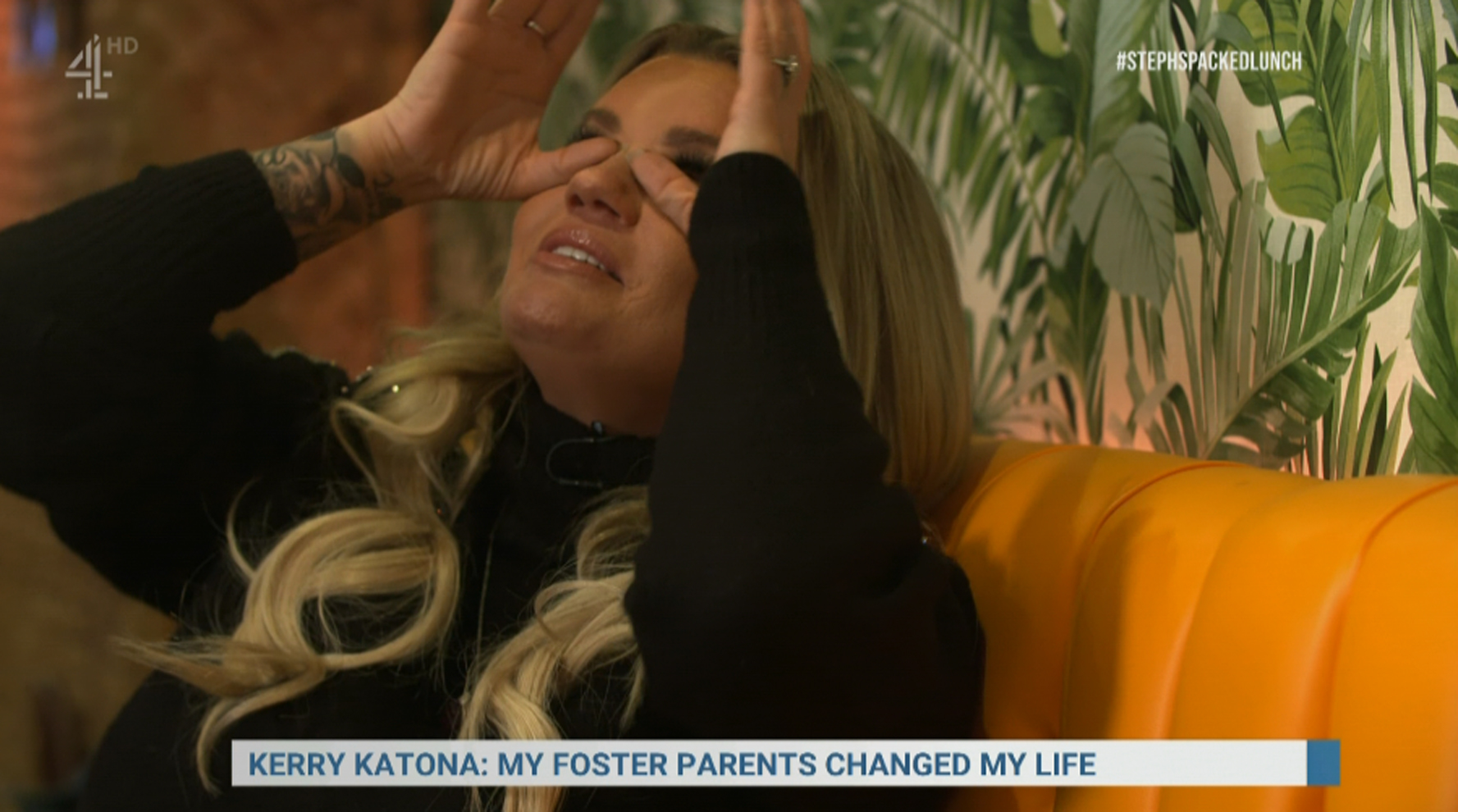 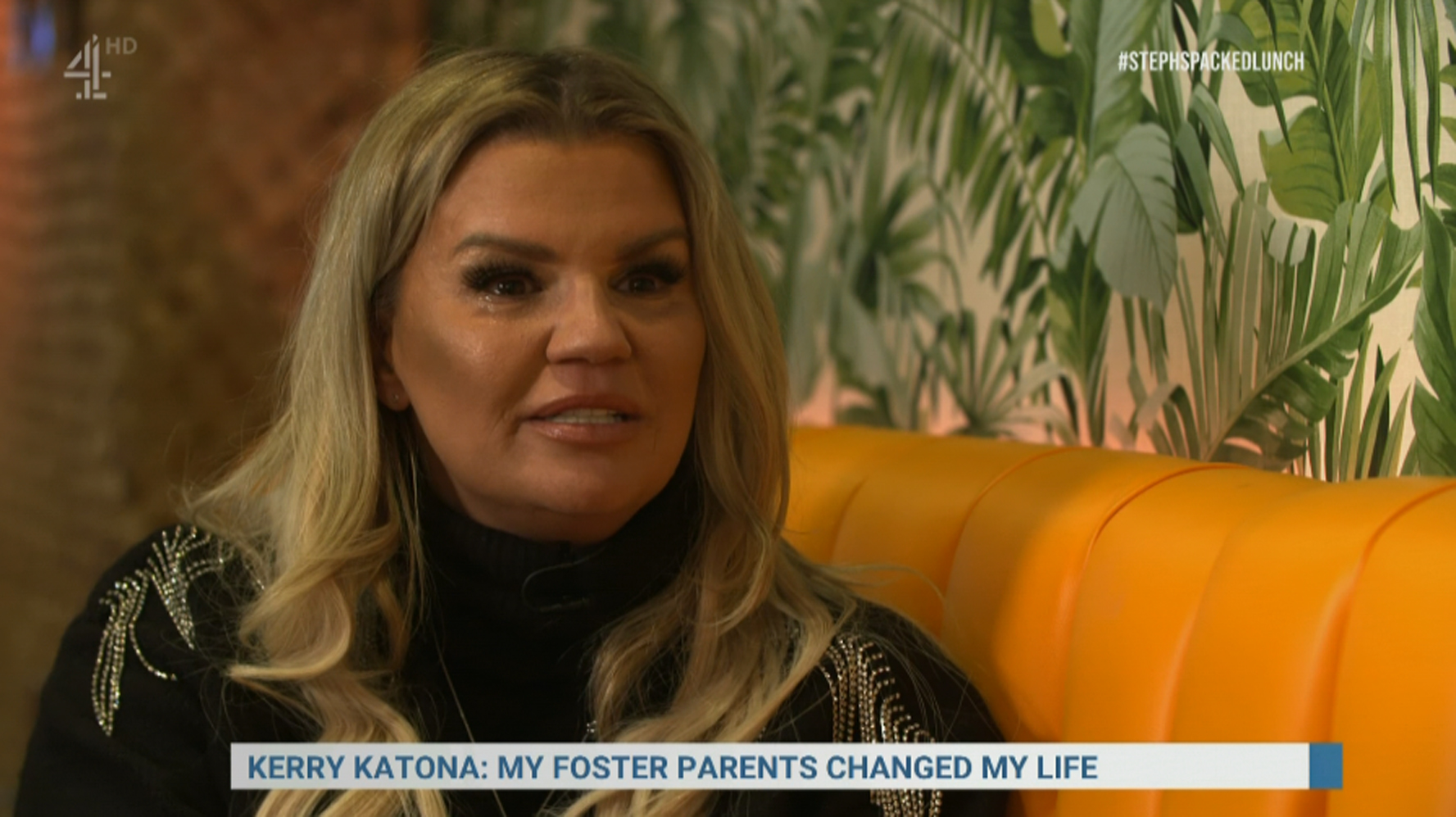