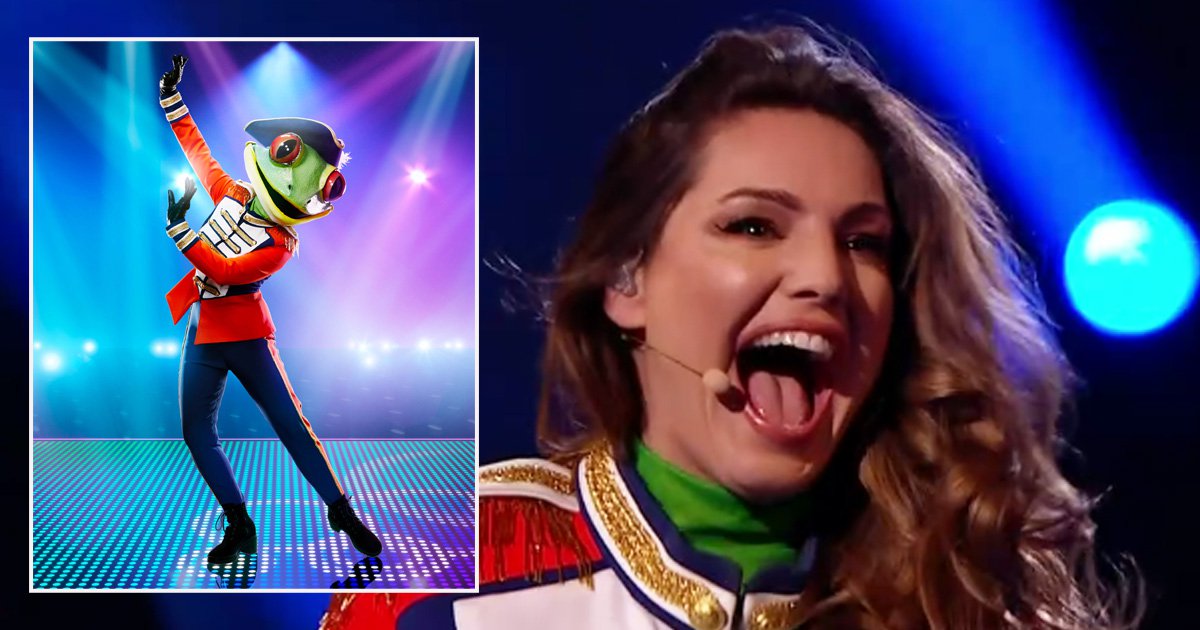 Kelly Brook has spoken about her experience backstage on The Masked Dancer, describing it as ‘so lonely’.

The 41-year-old said she was thrilled to take part in the competition, excitedly revealing that some of her clues linked to her roles on Smallville and Love Island.

Now, Kelly has spoken about her time on the programme and described what conditions were really like backstage – even revealing that they have to wear clothes discouraging people from talking to them.

Speaking on Heart Breakfast on Monday with Jamie Theakston and Amanda Holden, Kelly said: ‘Yes it was so lonely backstage! We walk around with these jumpers on that say ‘don’t speak to us’.

‘You’re just backstage at Wembley thinking, is everyone else as terrified as I am? Because you don’t have that camaraderie, so you can’t share any of your experience, so you think you’re the only one freaking out.’

She added: ‘But since the show has aired and we’ve figured out who everyone is, I’ve been talking to you Howard [Donald] and Bonnie [Langford], and everyone’s like “did you do this, did you feel like this” and everyone was in the same boat really.’

When asked if she successfully managed to guess the identity of the other performers during the show, she said: ‘Not really…I couldn’t bear not knowing so I went on Twitter and once I saw all the fans guessing, then things started to make sense.’

‘I knew then that Squirrel must be Bonnie [Langford] because only Bonnie can move like that! To be honest I thought it was Ashley Roberts!’

After Kelly left the competition, The Masked Dancer UK crowned Carwash the winner after being unmasked as Louis Smith.

Asked why he decided to take part, Louis explained: ‘I love the singer version, I love dancing and I love performing.

‘My character is so fun and full of energy and is such a laugh,’ he added, admitting it was difficult to keep the secret.

The Masked Dancer is available to watch on ITV Hub.