The Ned Kelly you see in director Justin Kurzel’s “True History of the Kelly Gang” is not the one you know. Instead, he’s a punk-rock poet with an Oedipal complex, a fumbling romantic, even a sensitive soul, and, finally, a revenge-thirsty murderer. Kurzel reimagines every stage in Ned’s development as a kind of cracked bildungsroman, charting his rise and profound fall like the birth of a psychopath. While Kurzel, working from Shaun Grant’s screenplay from Peter Carey’s book of the same name, reveres and even has tenderness for Ned, he feels deepest for the people of Australia run down by colonialism and still recovering in its wake.

To make “True History of the Kelly Gang,” which unfortunately won’t hit theaters right now but does arrive from IFC on April 24 at home, Kurzel returned to his native Australia after years of making movies in the U.K. like “Macbeth” and “Assassin’s Creed” for this revisionist resurrection of the Ned Kelly myth.

“I was aching and yearning to put Australian characters onscreen again,” Kurzel said in a phone interview. This is his first homegrown Australian feature since his 2011 debut “Snowtown,” about a real-life series of gruesome murders in a poor Aussie suburb.

“For whatever reason, it’s become a what’s going to be the next one to fall by the wayside in regards to films about Ned Kelly,” Kurzel said in a phone interview from Tasmania, where he’s been sheltering. “I don’t quite know why he’s been immortalized like that in film so many times.” There have been dozens of iterations of the story of the 1800s bushranger and outlaw on screen, stage, and page, including “The Story of the Kelly Gang” in 1906, widely regarded as the world’s first feature-length film.

“The book was such a different perspective on a character I’ve grown up with,” Kurzel said. “It was a bit of a carnival. We used to have Ned Kelly pies, and you’d go to Ned Kelly theme parks, and you’d go to the library and see his armor. He was mythical as a kid, so to suddenly read this version of Ned Kelly through Peter Carey opened up a whole new way of seeing him. I was not interested in a biopic,” he said, but rather, “shaking up the notion of myth-making. Because it was fictitious in a way, it allowed for a little more boldness.”

Boldness is one word for it. “True History of the Kelly Gang” presents an unapologetically queer reading of Ned Kelly’s identity, which is something Kurzel said wasn’t intentional. The Kelly gang don women’s dresses to terrorize British colonists — because what’s scarier than the colonized rising up on horseback in cross-dress and painted faces to cut your head off?

“In the ’70s and early ’80s, we were seeing a lot of really aggressive, masculine [punk bands] wearing dresses onstage. I was fascinated by that relationship between alpha, Australian male, and the way the Australian male would wear these dresses throughout the film,” Kurzel said. 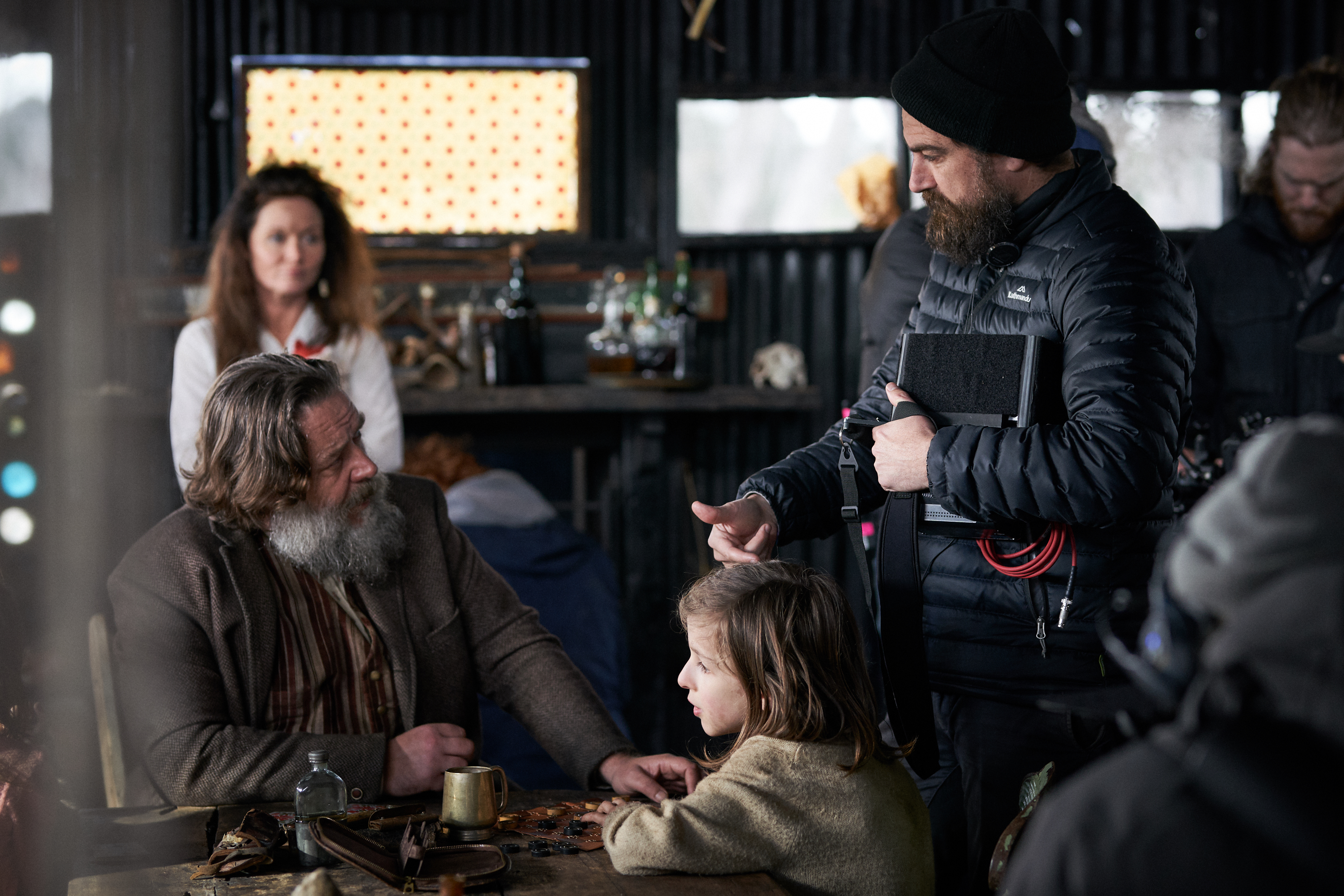 The movie overall has an insistent sensuality that’s blatantly homoerotic. All three of the main male cast members — George MacKay as Ned Kelly, Nicholas Hoult as Constable Fitzpatrick, and Charlie Hunnam as Sergeant O’Neill deliver everything-but-full-frontal nude scenes that highlight every chisel of their muscly bodies. (In the most homoerotically charged moment of the film, a naked Hoult asks a naked MacKay, “Have you ever fucked in a dress?”)

“I wasn’t trying to make a statement either way about Ned Kelly’s sexuality at all. It was about making these guys feel, and be, quite fluid and comfortable and liberated within who they were, and the dresses were a form of self-expression,” Kurzel said. “People have wanted to suggest that I was making a statement about Ned Kelly’s sexuality, but it was much more organic than that, and it came through the creativity of those guys forming these identities… through sexuality.”

This is Kurzel’s first film since 2016’s video game adaptation for 20th Century Fox, “Assassin’s Creed,” which, with a $125 million budget, gave the Australian director a huge sandbox to play in. “True History of the Kelly Gang” is a more intimate return to form. “It was challenging because I think that the story needed to be more work,” Kurzel said of “Assassin’s Creed,” deemed a box-office disappointment despite stars Michael Fassbender and Marion Cotillard, whom Kurzel first teamed with on “Macbeth.”

“There were obviously a lot of voices involved, all desperately trying to kind of make a really difficult concept within the game work on screen. Video games are challenges for filmmakers to slice in narrative pieces, so [the challenge] was how to land story-wise. That’s the thing that was, at times, troublesome,” Kurzel said. “There’s no doubt it’s a very different film from ‘Snowtown’ and ‘True History.’ You really are leading that from the inside out. When you do a film like ‘Assassin’s Creed,’ you’re part of a much bigger ship. You’re trying to listen to everyone yet at the same time put your own voice into it as well. Sometimes that actually is much harder to pull off. I’m always amazed when I see distinct directors who are able to keep their voice within big franchise films. That’s a real kind of achievement.” 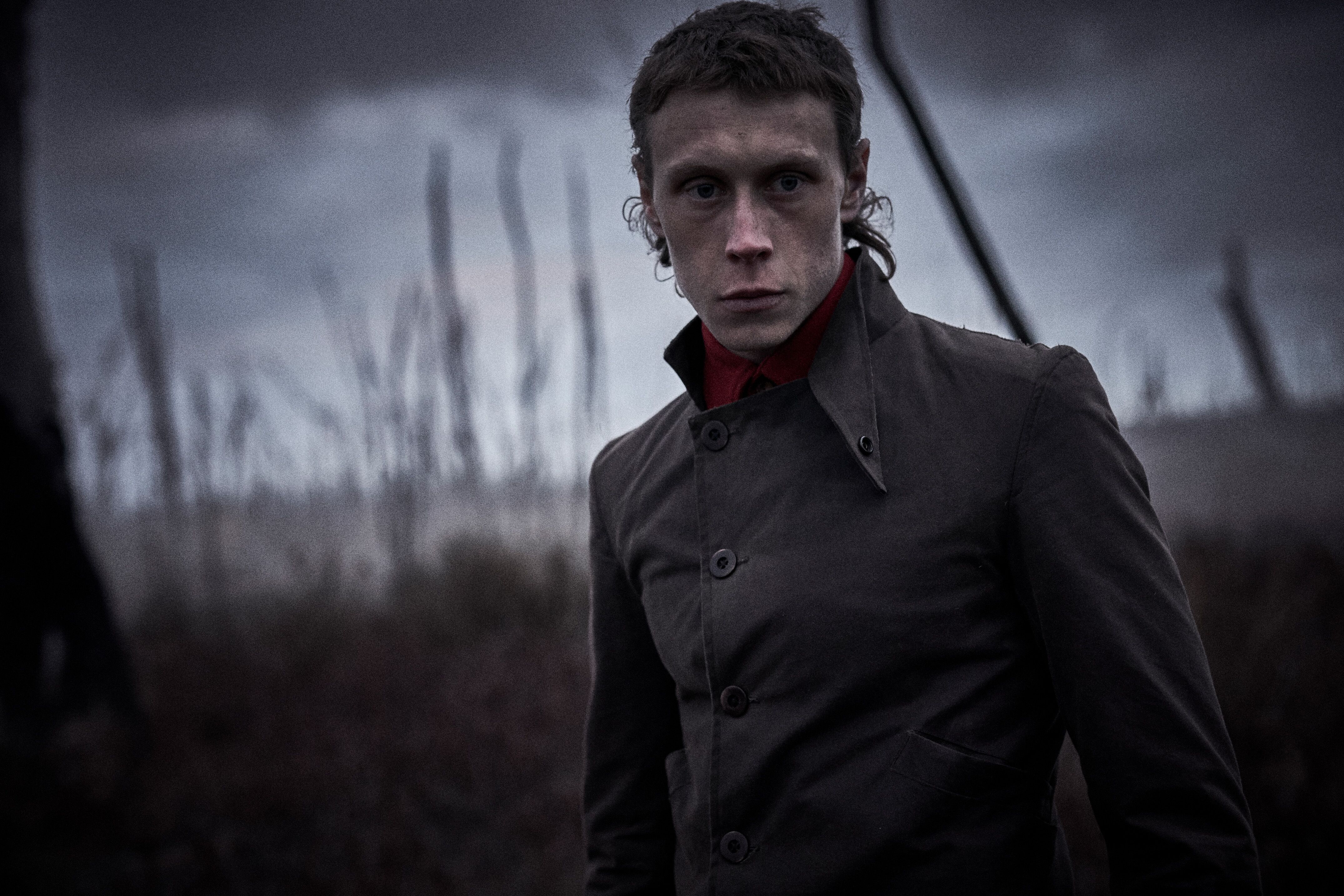 “True History of the Kelly Gang”

Kurzel said that “Assassin’s,” however, hasn’t scared him off the idea of making another Hollywood tentpole. “When you are with a crew of the size you never imagined, and you are in a situation where you can play with the toys, it’s an incredible position to be in.”

Kurzel, for “Kelly Gang,” also found himself in the incredible position of working with actor George MacKay, shooting before he went on to star in 2020 Best Picture nominee “1917.” “I was desperate to work with a young actor again, somebody in their early ’20s who just didn’t have any distractions and I knew would go completely to town in preparing themselves for it, which George did,” Kurzel said. In preparation, Kurzel had MacKay spend six months cutting down trees, honing his body, riding horses, boxing, and even trying his hand at becoming a “jackaroo,” which is a name for an Australian agricultural apprentice.

“He read and worked on that character for so long, and that’s pretty inspiring when you’re around someone who’s obsessed with the project you’re working on,” Kurzel said. “He’s at the part of his career where he’s hungry, and he wants it, and he loves acting, and he wants to be in front of a camera, and he’s not distracted by anything else.” After “1917,” MacKay is surely headed for stardom, but he can count “True History of the Kelly Gang” as his best performance yet, and one that will be hard to top.

“True History of the Kelly Gang” arrives on digital and on demand April 24, and will play in select drive-in theaters.