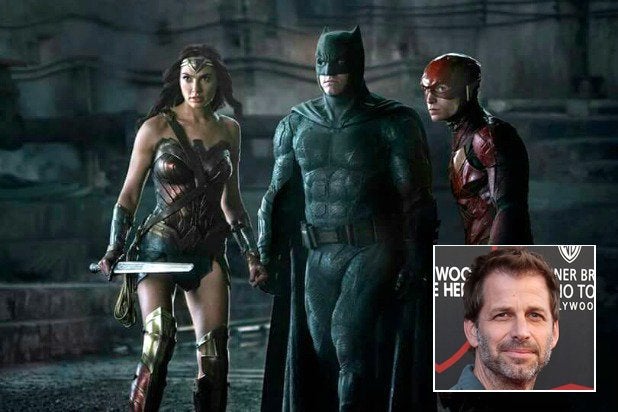 WarnerMedia might end up making a lot of money from new subscribers when Zack Snyder’s re-cut of “Justice League” drops on HBO MAX next month. But director Zack Snyder apparently won’t share in those riches… on purpose.

“I’m not getting paid,” Snyder tells Vanity Fair.  “I didn’t want to be beholden to anyone, and it allowed me to keep my negotiating powers with these people pretty strong.”

Snyder says that studio executives demanded the film be shorter, and when director Joss Whedon came in to replace Snyder on “Justice League,” he did hurried rewrites and reshoots while adhering to the mandate to cut the film down, something Snyder resisted.

“How am I supposed to introduce six characters and an alien with potential for world domination in two hours? I mean, I can do it, it can be done. Clearly it was done,” Snyder said, referring to Whedon’s version. “But I didn’t see it.”

Snyder added that he still has not seen Whedon’s cut of “Justice League.” But he also explained that he refused to release a raw version of his footage of the Snyder Cut absent any finishing touches, leading Warner Bros. to now offer Snyder millions to finish the film for HBO Max.

“I was like, ‘That’s a no, that’s a hard no…,” Snyder said. “Here’s why. Three reasons: One, you get the internet off your back, which is probably your main reason for wanting to do this. Two, you get to feel vindicated for making things right, I guess, on some level.

“And then three, you get a shitty version of the movie that you can point at and go, ‘See? It’s not that good anyway. So maybe I was right.’ I was like, ‘No chance. I would rather just have the Snyder Cut be a mythical unicorn for all time.’”

“Zack Snyder’s Justice League” debuts on HBO Max on March 18, and the film now ends with the caption “For Autumn,” with the director saying that not only could the film not be completed without her legacy, but that Snyder’s fan base had donated half a million dollars to the American Foundation for Suicide Prevention.

“Without her, this absolutely would not have happened,” Snyder said.