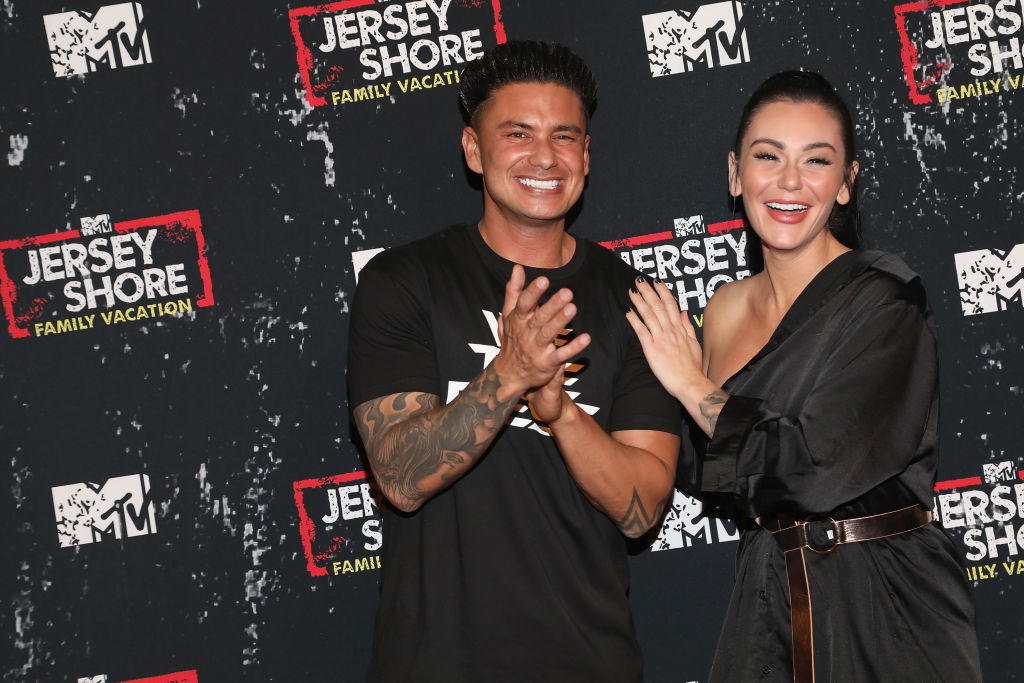 ‘JWoww’ and Pauly D have a history

Farley and DelVecchio’s interest in each other dates back to the first season of Jersey Shore. In one of the series most memorable hookups, DelVecchio and Farley cuddle close after making out at the club. At the time, Farley was in a relationship, but when season 1 ended, Farley was single. She never ended up dating DelVecchio. Fans thought the initial flame between the two would spark up again during season 3 of Jersey Shore: Family Vacation. Teasers showed DelVecchio and Farley about to kiss, but it turned out to be a spectacular editing job.

Pauly D would never ‘jeopardize anything’

During a night out for Angelina Pivarnick’s bachelorette party, DelVecchio and Farley were flirting heavily. After they returned to the hotel, their roommates began teasing them about hooking up. When things started to calm down, DelVecchio laid next to Farley, saying: “JWoww, I will never disrespect you like that.” Farley kisses him on the cheek, then DelVecchio added: “I will never make you do anything that would jeopardize anything,” likely referring to her recent breakup with Zack “24” Carpinello.

RELATED: ‘Jersey Shore’: A Former Producer Reveals What Is ‘Slightly Inauthentic’ About the Show

At the time the episode was being filmed, Farley had just broken up with Carpinello. After finally seeing his indiscretions during their trip to Las Vegas, Farley broke things off. That didn’t mean Farley was ready to jump into anything with DelVecchio. “JWoww and Pauly have nothing but love for one another and are very dear friends and would do anything for one another,” someone close to Farley told Hollywood Life. “They are both laughing over the fact that people are romantically linking them together again. There’s absolutely no truth to any of it. They love each other dearly as friends, but that’s it.”

While some fans are all about Farley and DelVecchio dating, others are against the idea. “Anyone else against P-Woww? Or is it just me?” one user posted on a Jersey Shore Reddit. “I feel like Jenni would ruin Pauly if they ever end up dating.” The user theorized how a relationship between DelVecchio and Farley could quickl turn toxic. Other fans agreed, arguing that DelVecchio only wants to hook up, whereas Farley is looking for a long-term relationship.

Though the reality series has heavily hinted at the idea, it’s unlikely DelVecchio and Farley will date any time soon. Farley is back with Carpinello and in a seemingly happy relationship. Still, that doesn’t mean that Farley and DelVecchio couldn’t become a couple somewhere in the distant future. For now, the possibility of “P-Woww” isn’t entirely off the table.