In the new Amazon Prime Video series Clarkson’s Farm, Jeremy Clarkson decided to run his 1,000-acre land when his trusted farmer retired. However, The Grand Tour presenter soon realised the mission wasn’t as easy as he’d first thought and in one episode he’s forced to come to terms with dirty water supply as he looked to find ways of selling his produce.

In the third episode of the new series, Jeremy discovered the water supply for his farm was contaminated as he attempted to build his own farm shop.

He said: “These are the results for the springs on the farm to see what’s what, how much of them are drinkable.

Jeremy noted the two springs he is hoping to bottle appeared to be clean and suitable for drinking use.

However, he added: “The pond that feeds the house where I live is riddled with everything in such fast quantities.” 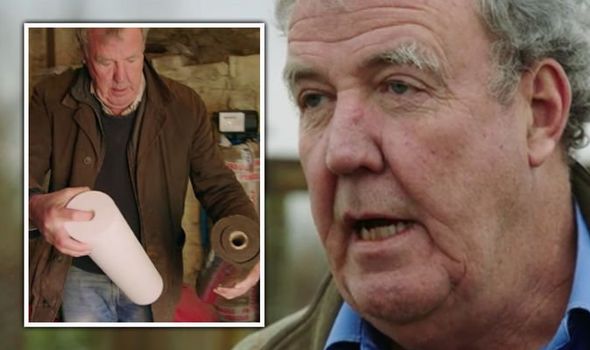 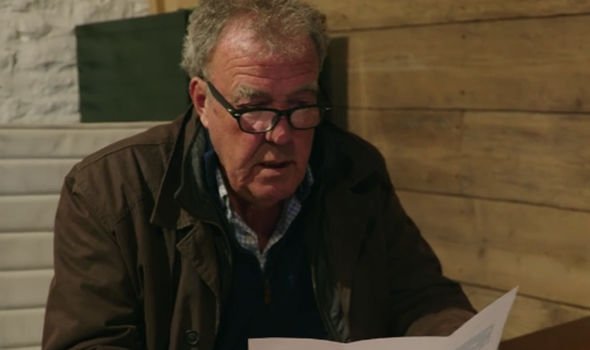 “It explains why I’m full of s**t because that’s what I’ve been living on these last few years,” he quipped.

Jeremy then compared his water filter with the brand new one he purchased and noticed a rather upsetting difference – the older one had turned brown.

“I’ve been drinking rotting animals and faeces,” he observed. “Luckily Lisa is in London today. 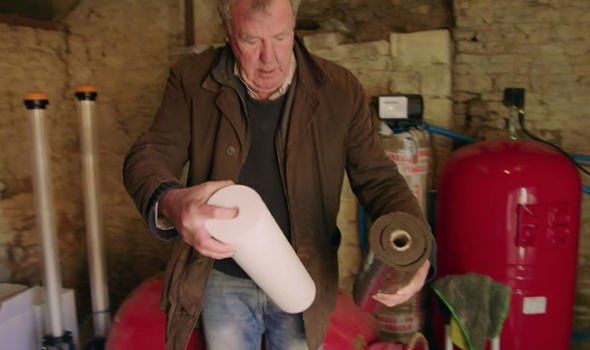 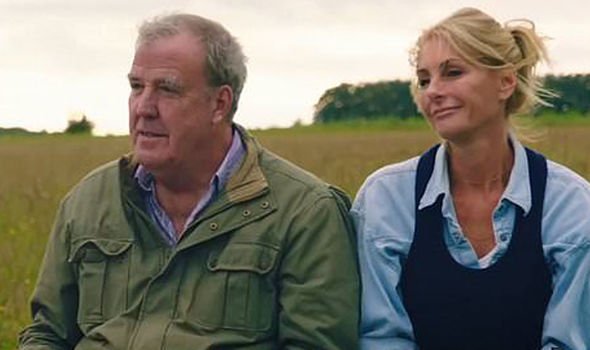 “I won’t tell her that this has happened, that seems to be the best thing, I’ll just say everything is fine.”

Speaking out on his farming venture, Jeremy admitted he had no previous interest in running the land.

“Not at all, not even slightly,” he revealed. “We had it for all sorts of inheritance tax reasons, and I was very busy with writing newspaper columns, there was Top Gear to start with and then latterly The Grand Tour, as well as other projects and shows.

“The farm made no money, it didn’t cost any money, it was just a nice thing to have.

“It was run by a chap from the village who was a farmer, and then when he was retiring, I suddenly thought, ‘I can do that.’”

The Grand Tour host confessed he had no idea what running a farm entailed until he did it himself.

“In my mind, you put seeds in the ground, weather happens and food grows, but that’s simply not true,” he continued.

“We did put seeds in the ground – I’m looking at a four-acre patch over there – and nothing grew. Nothing.”

What is happening where you live? Find out by adding your postcode or visit InYourArea

“I know of no profession that requires you to be so multi-abled. You have to understand soil, weather and science.

“You have to be a mechanic, a midwife, a businessman, an agronomist, and a water diviner. You also have to be a gambler.

“My only qualification is driving around corners too quickly while shouting, which is of no use at all.”

Clarkson’s Farm is available to stream on Amazon Prime Video.