Netflix original rom-coms are truly the bread and butter of quarantine at the moment. Whether that means re-watching To All The Boys… again, or diving into the really sweet, gay romance of The Half of It, Netflix has a lot of movies that can make the time go faster. And one of its biggest releases was The Kissing Booth 2, the sequel to the 2018 hit of the same name.

Now, it turns out that Jacob Elordi, who co-stars with Joey King and Joel Courtney, hasn’t even seen the second movie yet. [Spoilers for The Kissing Booth 2 ahead]. 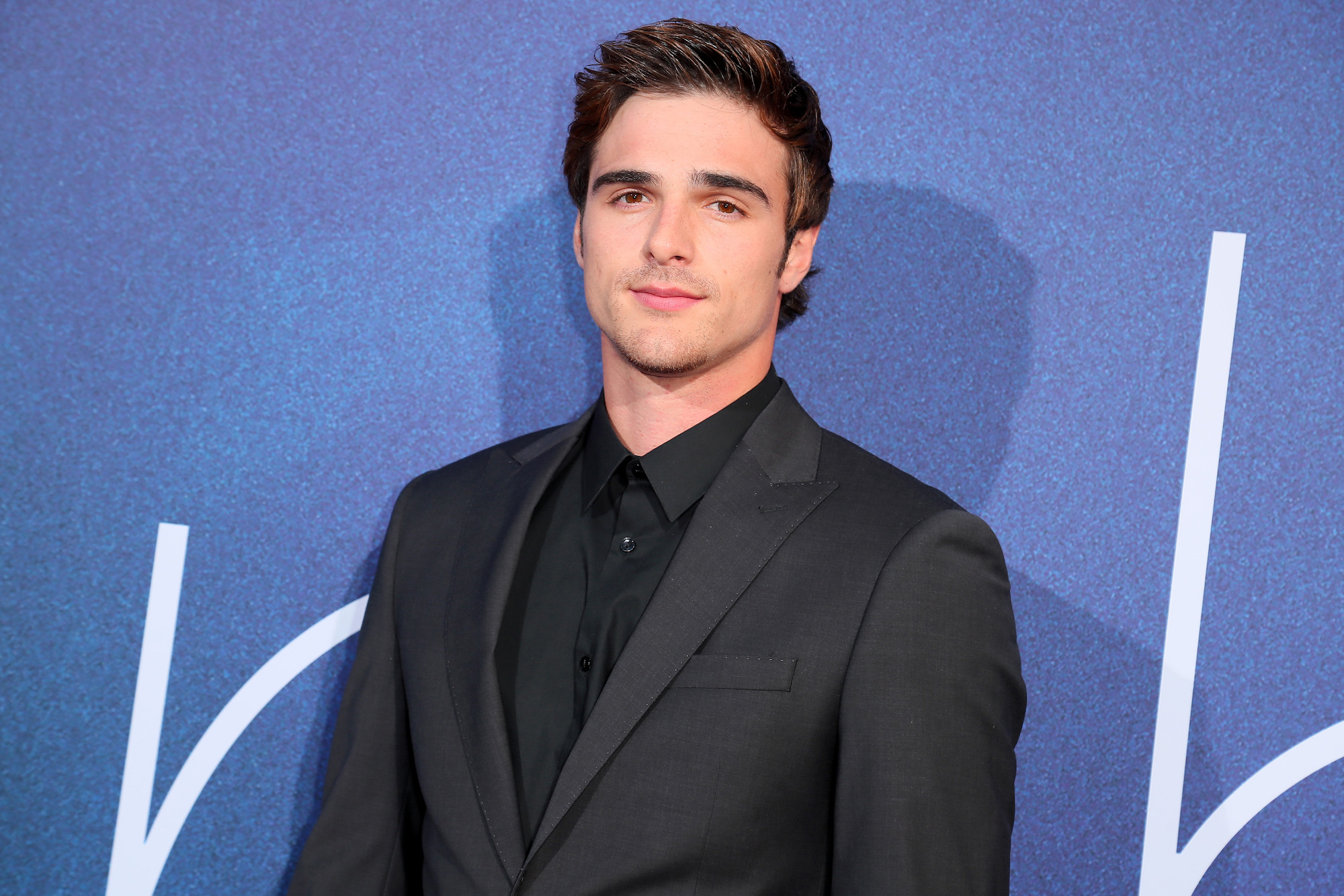 The premise of the first The Kissing Booth revolved around Elle Evans and her growing crush on her best friend’s older brother, Noah Flynn. She obviously couldn’t date him because Lee (her friend) told her not to, plus Noah is kind of a player. In the end, the two do get together, but the sequel shows that there’s trouble in paradise for their now-long distance relationship.

And Elordi, who plays Noah on the original Netflix movie, doesn’t particularly like his character.

“The Kissing Booth was the first film I ever made — it was sort of my ticket to Hollywood, so I was really grateful for that,” he told The Hollywood Reporter in June. “It’s almost like righting my wrongs a little bit too, because the character in The Kissing Booth is awful and it’s never really explained. He’s kind of idolized and made into a hero, so I suppose [Nate on Euphoria] is showing why.”

Elordi’s last comment referred to Nate Jacobs on Euphoria giving a bit more backstory on someone who is very toxic and why they ended up that way. And also why society allows guys like that to get away with their actions.

Elordi has also said that he doesn’t like people talking about his physique, telling Men’s Health that he doesn’t “identify” with being this really fit guy. And all the working out he had to do for The Kissing Booth is something he really despised.

“I was trying to prove myself and be known as an actor,” he said. “It was so much working out and I hated every second of it.”

Interestingly enough, Elordi hasn’t seen the sequel to the popular Netflix film. In an interview with Variety on Aug. 6, the interviewer asked him what his thoughts were on the end of the movie, but he couldn’t reply.

He then asked if the interviewer liked it, to which they replied with, “Yeah, it was cute.”

And even funnier, Elordi told them to “Be honest.”

Regardless of what someone could infer from that exchange, it doesn’t sound like Elordi is going to view it anytime soon.

For anyone who has seen the movie, it ends on a cliff hanger, which is probably why they asked Elordi about his thoughts on it. Elle gets into both Harvard and Berkeley; she could either go to Harvard to be with Noah, or go to Berkeley to stay with her friend Lee. Despite both Elle and Noah having their heads turned by others in the sequel, it seems like they want to continue their relationship. But if she chooses Berkeley, that would continue to challenge them. And possibly lead to a breakup. The third film will ultimately show her decision and, most likely, its outcome.

Elordi plays a toxic character on ‘Euphoria,’ but thinks Chuck Bass on ‘Gossip Girl’ is ‘irredeemable’

Going back to Elordi’s character Nate on the HBO hit Euphoria, it seems like he got a lot of inspiration from the media he watched growing up. While he was a “big fan” of High School Musical, it was Gossip Girl that gave him insight into bad guys.

“I watched Gossip Girl start to finish. It’s intense,” he told Variety. “The soundtrack on that is crazy, by the way, if you go back and watch it. Also, Chuck Bass. What an irredeemable character. I believe he rapes two girls in the first episode, and then by the last season, you love him. How do you do that? What kind of arc is that?”

While he said that he didn’t think too much about taking the role of Nate Jacobs in terms of his ethics, he now said that he’d “hate to play someone who’s morally correct” every second of the day.

“We do sh*tty things all the time to each other.”