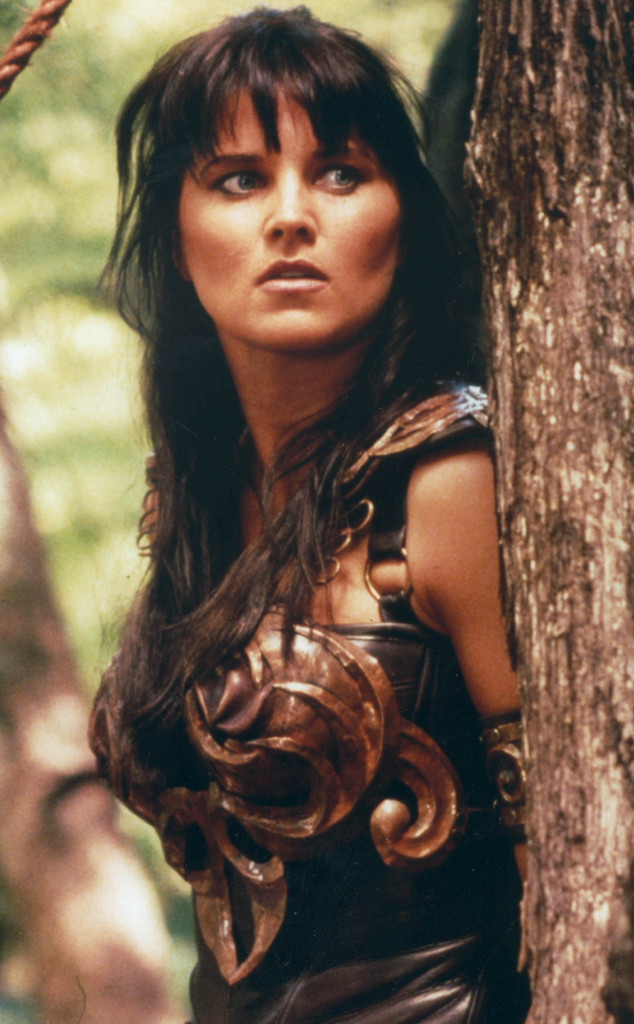 In the time of social distancing, Zoom happy hours and 24/7 sweatpants, a land in quarantine cried out for a hero.

Syfy answered the call with Xena: Warrior Princess marathons. This Thursday activity, hosted by Xena and Gabrielle themselves, Lucy Lawless and Renee O’Connor, instantly brought me back to those days and nights of my childhood spent in front of the TV watching their adventures—and sparked the desire to pass the chakram down to my niece. But it would have to be done as a social distancing activity.

I was 8 years old when Xena: Warrior Princess hit the airwaves in 1995. My dad, knowing I was already an avid fan of comic book heroes like Wonder Woman and the X-Men, decided I should be watching Xena. He bought me the action figure to encourage viewing and it worked. He had no idea what he was getting himself into.

I was hooked from the start. Xena was one of the first shows I was ever a “fan” of. I went on message boards; I went to conventions. For six years (and beyond), I was a devoted Xenite. A snapshot into how beloved Xena is to me: I flew across country alone for the first time at 14 years old to visit my uncle and meet Renee O’Connor at a local community theater production shortly after the series ended.

I have since interviewed Lucy Lawless in a professional capacity. She sent me one of Xena’s chakrams from her collection after our first interview, it was one of the greatest moments of my life. So, yeah, Xena left a lasting impression on this writer.

In fact, my affinity for the show as a kid inspired my overall TV fanaticism and put me on the TV journalism career path. Without Xena, you probably wouldn’t be reading articles written by me.

When Syfy announced the Xena marathon, I alerted my parents, brother and sister-in-law immediately. There was some question as to whether my 7-year-old niece Eleanor could handle the show, but I quickly reminded everyone I wasn’t much older than she was when my dad introduced me to the series. Since we’re social distancing about two hours away from each other, we turned to technology to facilitate the moment I’ve been waiting seven years for.

On Saturday, April 18, we got on Zoom and watched “Sins of the Past,” the first episode of Xena: Warrior Princess.

“She’s a princess?” Eleanor asked. I gave her a primer during a commercial break—Xena used to be bad, but now she’s on the path to doing good. “I feel that I love it,” Eleanor told me during the commercial. 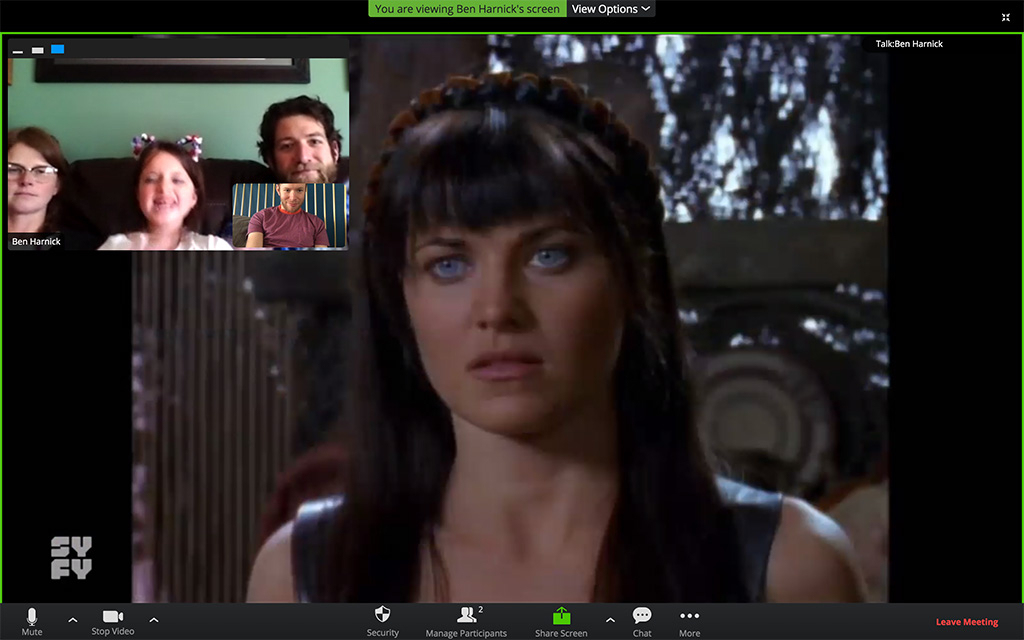 I didn’t think we’d have to watch our first episode of Xena together over Zoom, but I’m thankful there was technology out there that let us connect in this way. Perhaps she wouldn’t have been so taken by the series had I been there in person. The desire for new connections during this fraught time are omnipresent, for 33 year olds and 7 year olds alike.

Now we’ll have this experience, this connection over a warrior princess and her battling bard partner, forged over having to watch the series together while miles apart.

Eleanor kept watching Xena for the rest of Saturday. At one point during a battle scene, she said, “Do the call already,” and when Xena let out the signature battle cry, Eleanor was pleased. “Finally,” she deadpanned.

“So, thanks,” he said. “I had flashbacks and a mini anxiety attack after a while.”

Just wait until she gets the toys I refused to let my parents give away, including a plastic chakram I got as a Christmas present when I was a kid.

(E! and Syfy are both part of the NBCUniversal family.)