“When considering the greatest ring announcers in the history of sports and sports-entertainment, you’d be hard-pressed to name one better than Howard Finkel,” WWE says in statement 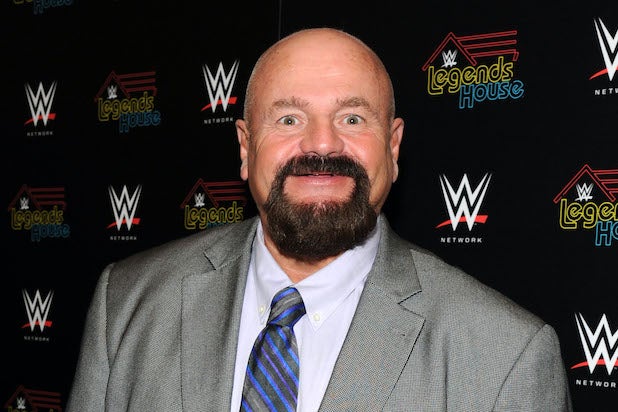 Howard Finkel, a longtime ring announcer for the WWE and a member of the WWE Hall of Fame, has died. He was 69.

The WWE and Stephanie McMahon announced his passing in an obituary on Thursday.

“When considering the greatest ring announcers in the history of sports and sports-entertainment, you’d be hard-pressed to name one better than Howard Finkel,” the wrestling organization said. “WWE extends its condolences to Finkel’s family, friends and fans.”

Finkel, also known as “The Fink,” made his debut as an announcer at Madison Square Garden in 1977 with what was then called the WWWF. By 1979, he was a full-time announcer for the sport, and when the WWE was established, he became its first and longest-tenured employee. He joined the Hall of Fame in 2009 and is widely considered one of the greatest ring announcers wrestling has had.

Finkel was remembered by some of the biggest names in wrestling on Thursday.

“Howard Finkle was on Team Hogan through the good and bad times, even when I was on the outs Howard would call on a consistent basis to tell me to always keep my head up, it was ‘never say never’ and ‘you and Vince will work it out,’ my good friend RIP, I love you 4LifeHH,” Hulk Hogan said in a tweet.

WWE Chief Brand Officer Stephanie McMahon said on Twitter, “in what has already been a tough week for our WWE family, we lost our first ever employee and WWE Hall of Famer Howard Finkel. Howard’s voice is iconic and recognized by generations of fans… he will be missed.”

Finkel’s fellow wrestling commentator Jim Ross said, “no one was more loyal or loved pro wrestling more than The Fink.”

“So sad to hear of the passing of my friend, the greatest ring announcer in the biz, Howard Finkel… The Hall of Famer is now ring announcing in Heaven,” Ross wrote.

Retired Iranian championship wrestler Hossein Khosrow Ali Vaziri, better known as the “Iron Shiek,” acknowledged Finkel’s passing Thursday and said, “He put me over. He make me look like the legend, he make me smile. Forever I love you, Howard Finkel.”

WWE star Thomas Laughlin, AKA Tommy Dreamer, tweeted Thursday, “I want you all to know how much the WWE meant to him, he loved and missed you all so much. There are good fans there are great fans but you are the BEST fans EVER… Celebrate his life.”