IN these strange times, it seems fitting to share with you a tale of rock ’n’ roll isolation.

It involves the Lennon and McCartney of hard rock . . . Led Zeppelin’s Jimmy Page and Robert Plant. 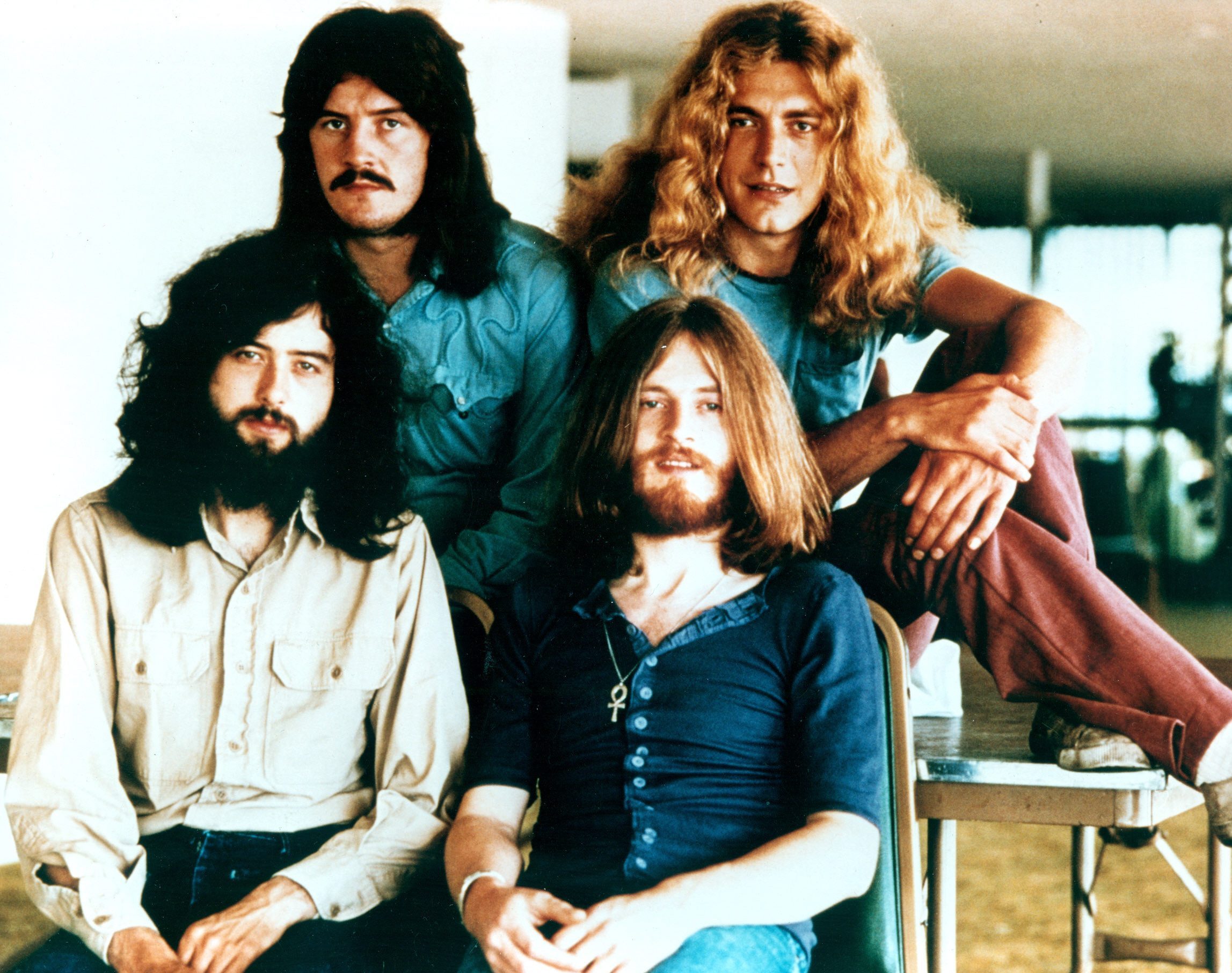 The events took place precisely 50 years ago at a humble stone cottage with a slate roof overlooking Dyfi Valley, three miles from the market town of Machynlleth in rural Wales.

After two years of taking the fast lane to global stardom, guitarist Page and singer Plant were desperate to get away from it all.

They’d just finished a gruelling North American tour and, in late spring 1970, planned an escape from the wild excesses that came with phenomenal success.

Why not replace mountains of drugs, rivers of booze and forests of groupies with social distancing in real, idyllic countryside?

So Plant suggested they head to Bron-Yr-Aur, the picture book 18th-century former shepherd’s dwelling where he spent happy childhood holidays in the Fifties.

Not in attendance was the incendiary rhythm section of John Bonham (drums) and John Paul Jones (bass) but Plant was joined by his wife at the time, Maureen, and their 18-month-old daughter and Page by his girlfriend Charlotte Martin. 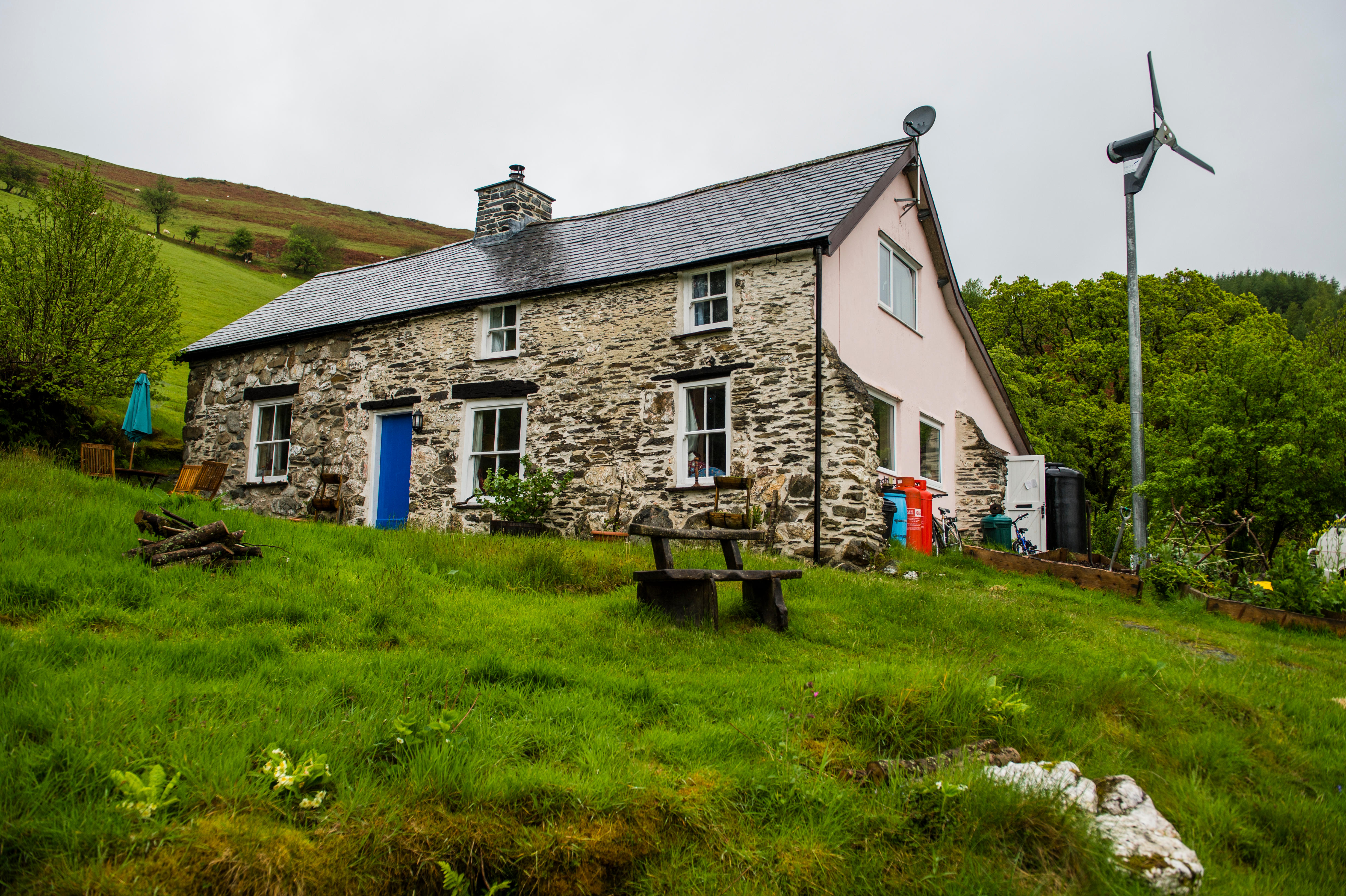 It was the first time they’d had a chance to genuinely hang out together, unlike their new normal lives in a blizzard of separate hotel rooms.

Though they haven’t always seen eye to eye in the decades since, Plant once confessed to me: “We were very lucky. For a period of time, Jimmy and I were made for each other.”

Page said of his bandmate’s recommendation: “The cottage was really nice because the countryside was so peaceful.

“But there was no electricity. From what I remember, there were gas lamps and a gas stove.”

Of course no electricity meant no amplifiers and no bone-crushing plugged-in riffs to frighten the surrounding wildlife. 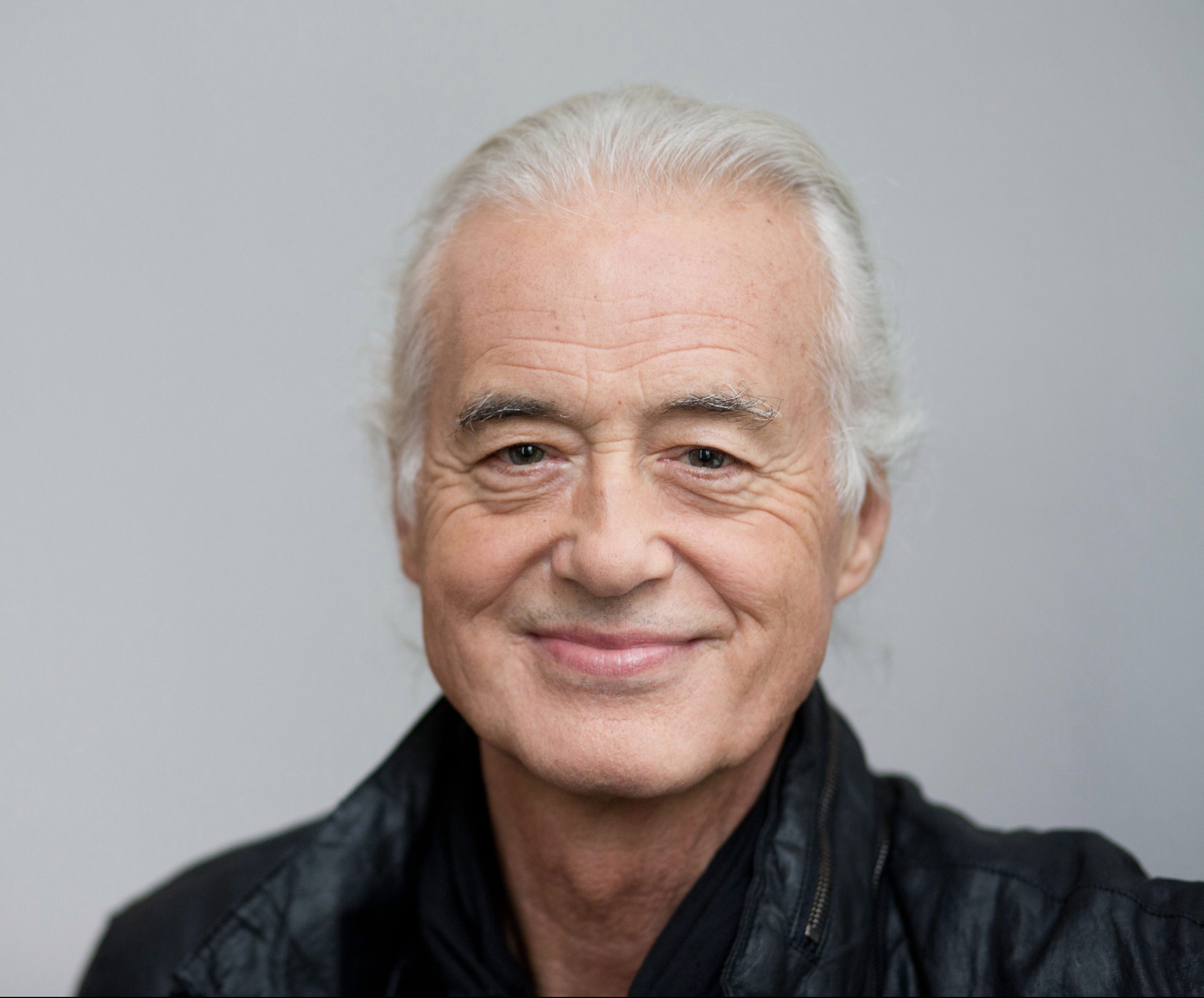 But their stay at Bron-Yr-Aur has since gone into band folklore because they sowed the seeds of songs that would appear on their next four albums — Led Zeppelin III, the untitled “Four Symbols,” Houses Of The Holy and Physical Graffiti.

The setting also probably inspired Plant’s fantastical lyrics drawing on Celtic mysticism and the works of JRR Tolkien, namely The Hobbit and Lord Of The Rings.

On a crisp morning in early 2014, I met both guitarist and singer in different locations to talk about expanded editions of the first three Zeppelin albums — and both mentioned their time at Bron-Yr-Aur.

First up was smartly dressed Page, based at a discreet boutique hotel in Kensington, where we sipped coffee beside a log fire.

Then I was off to a North London pub where I met dressed-down Plant for a pint in an upstairs room filled with scrubbed pine tables and rickety chairs. The contrast was startling. 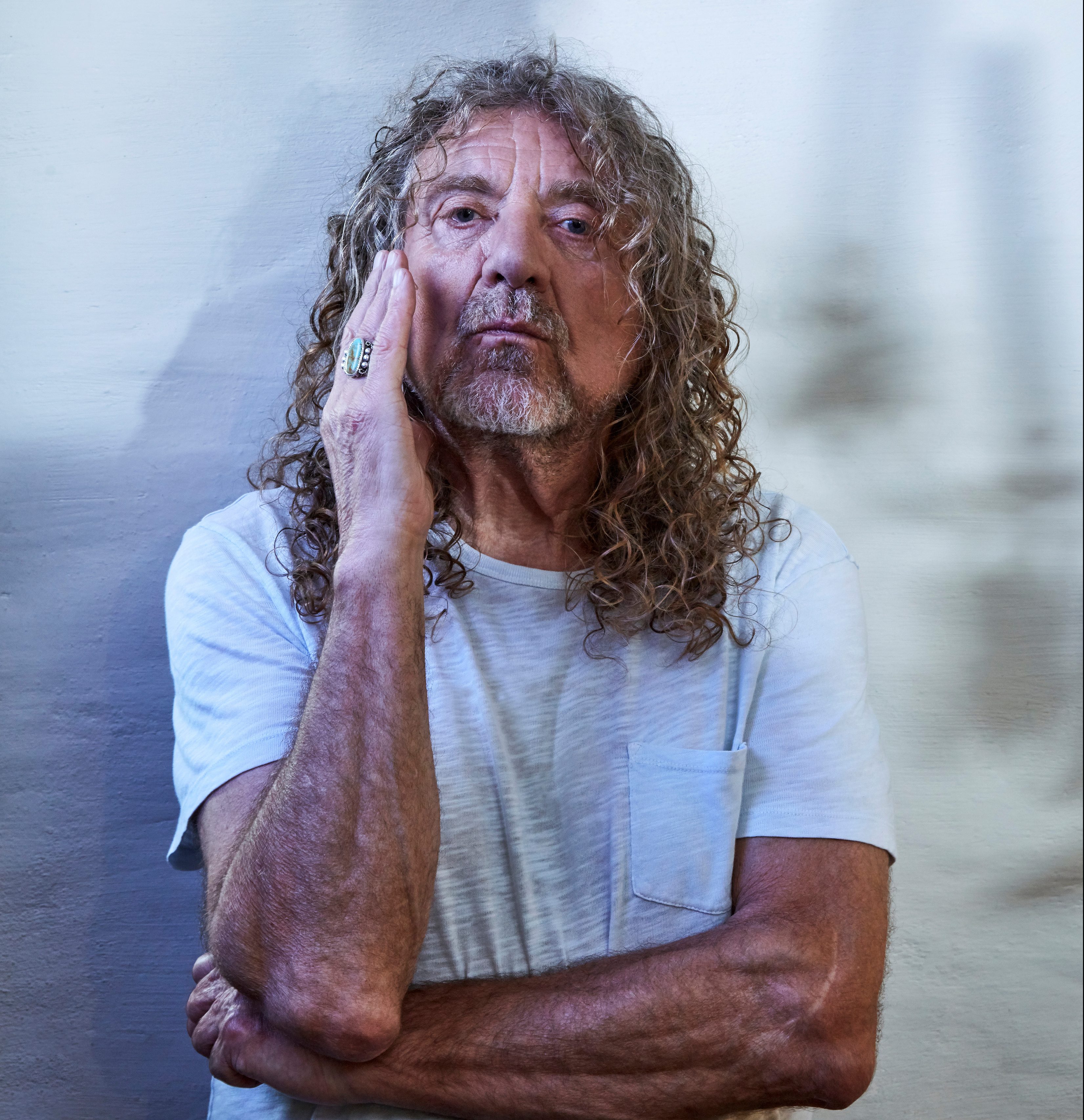 And I’ll never forget Plant’s first utterances. “Have you just done Jim Bob? Laugh a minute?” he said with a big mischievous grin, alluding to their, shall we say, cool relationship at the time.

That said, I found my encounter with Page fascinating and his love of Led Zeppelin and delight at all they achieved as strong as ever.

He recalled the build-up to the Bron-Yr-Aur stay: “We were touring non-stop and at breakneck speed.

“Everything was done with almost ruthless efficiency. This included going to America with the second album to show how much we had progressed since the first.”

Page added: “After that period, we needed a break, a chance to see our families, for heaven’s sake! We really hadn’t been seeing much of them.

“Robert made the call to go to the cottage in Wales and the idea was just to chill out there.” 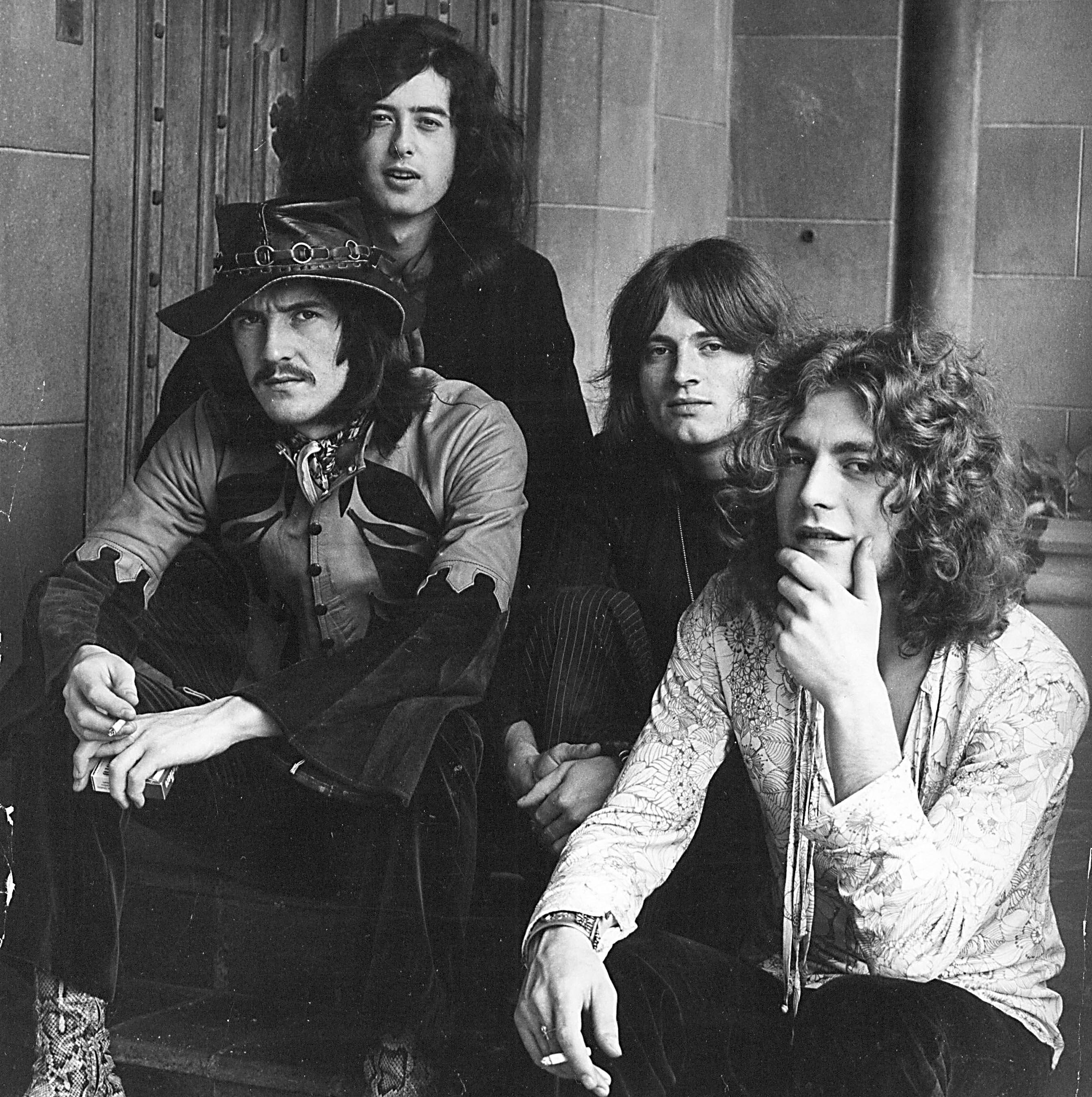 At least two songs on Led Zep III took shape at Bron-Yr-Aur, the rousing and misspelt Bron-Y-Aur Stomp and, most notably, the gorgeous That’s The Way.

Page and Plant went for a walk in serene Dyfi Valley, tape recorder in hand, and found a spot by a ravine.

The guitarist began strumming while the singer improvised a verse and that’s how That’s The Way was born.

It was originally called The Boy Next Door, with thought-provoking lyrics about a problem relationship and reflections on issues around the US tour.

Page told me that this example of Led Zep’s spontaneous songwriting was typical. “I don’t think we ever stopped creating all the way through,” he said of the band, which broke up after Bonham’s untimely death in 1980.

“When we were together — it could be at rehearsals or a sound check — we might do a new number. We were just jamming and making up stuff. 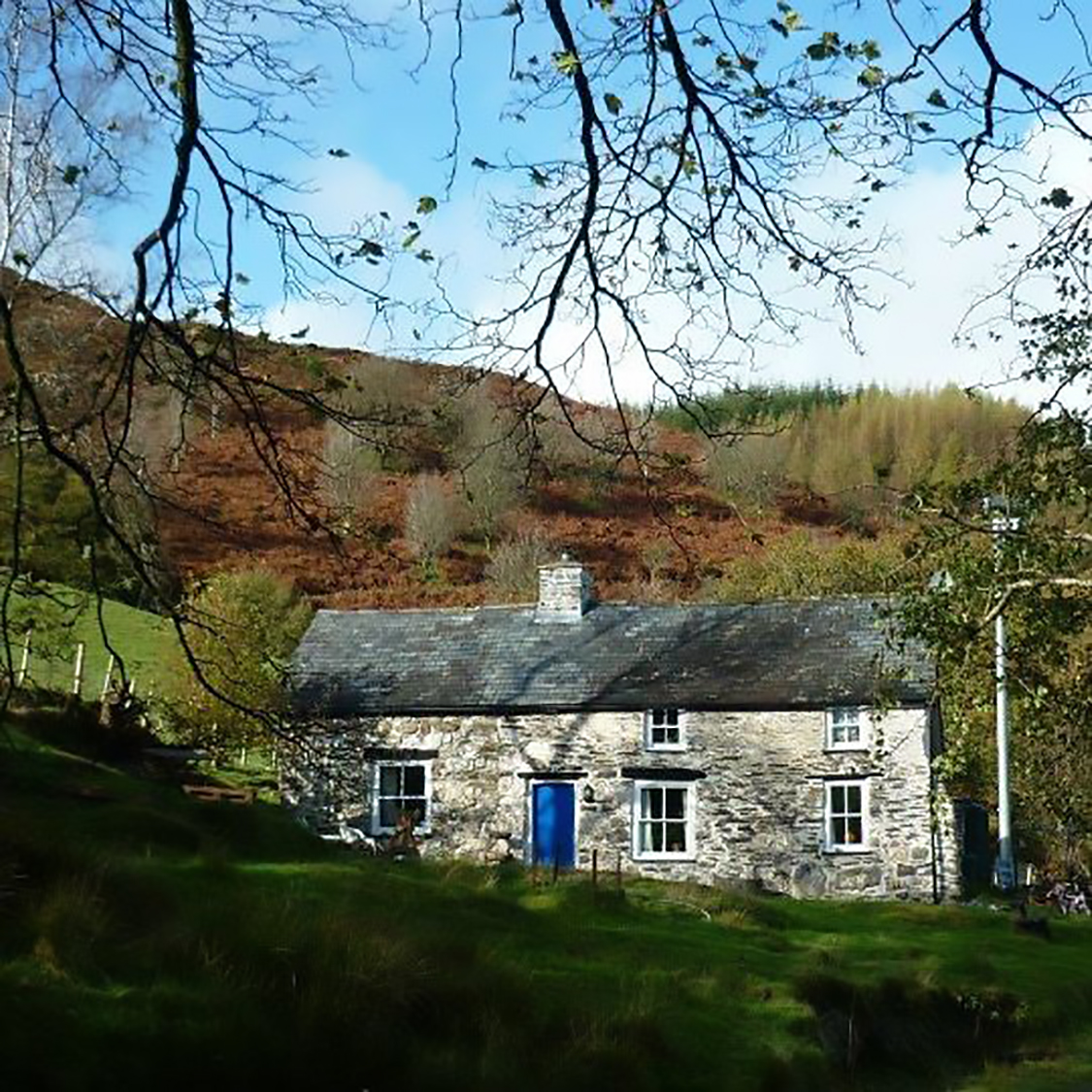 “We wrote That’s The Way at the cottage, and although the other members didn’t volunteer to come there, I realised it would be really productive if we could find a rural location and use a mobile recording unit.”

And that, he maintained, was the reason why the peerless fourth album, complete with Black Dog and Stairway To Heaven, was recorded using such a unit at Headley Grange country house in Hampshire, and subsequently the albums Houses Of The Holy and Physical Graffiti.

A further unexpected revelation about That’s The Way came at the Unledded shows in 1994 when Plant announced that Page’s daughter Scarlet was conceived at Bron-Yr-Aur “about half-an-hour” after the song was written.

As for Led Zep’s acoustic prowess, which also included the foot-stomping Gallows Pole and yearning ballad Tangerine, Page told me: “A major percentage of the riffs on albums three and four were written on an acoustic anyway.

“I was playing acoustic all the way through. It’s what I play on Stairway for instance. And Robert’s voice at that time was clearly like another instrument.”

I asked Plant where his unearthly voice came from, ranging from a full-throated scream for full-on rock numbers to a tender croon for ballads, and he gave me an illuminating answer. 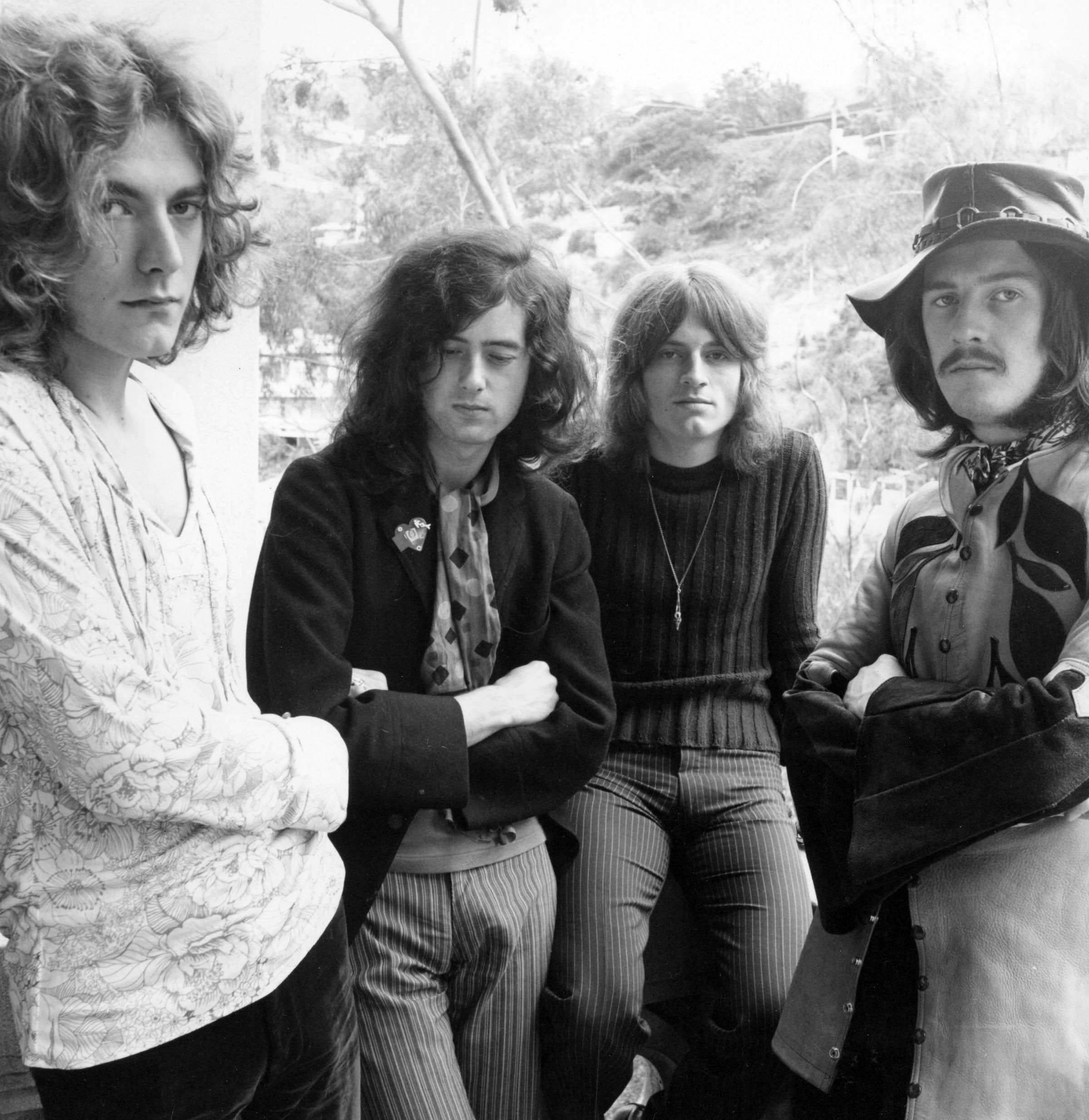 “It came from me going, ‘I really love what I do and I’m going to over-cook it baby, come on!’”

He also shed light on the folk music influence so apparent in Led Zep.

“I don’t know much about the other two guys but Jimmy and I were into Bert Jansch, Davey Graham, The Incredible String Band and early Fairport Convention stuff when it was quite trippy.”

Plant complained to me that this type of music became “mollycoddled in a kind of secret hipdom”.

“That was dumbfounding because it was supposed to be the music of the countryside and of industrial Britain,” he said. “There was some great singing around at that time too.” 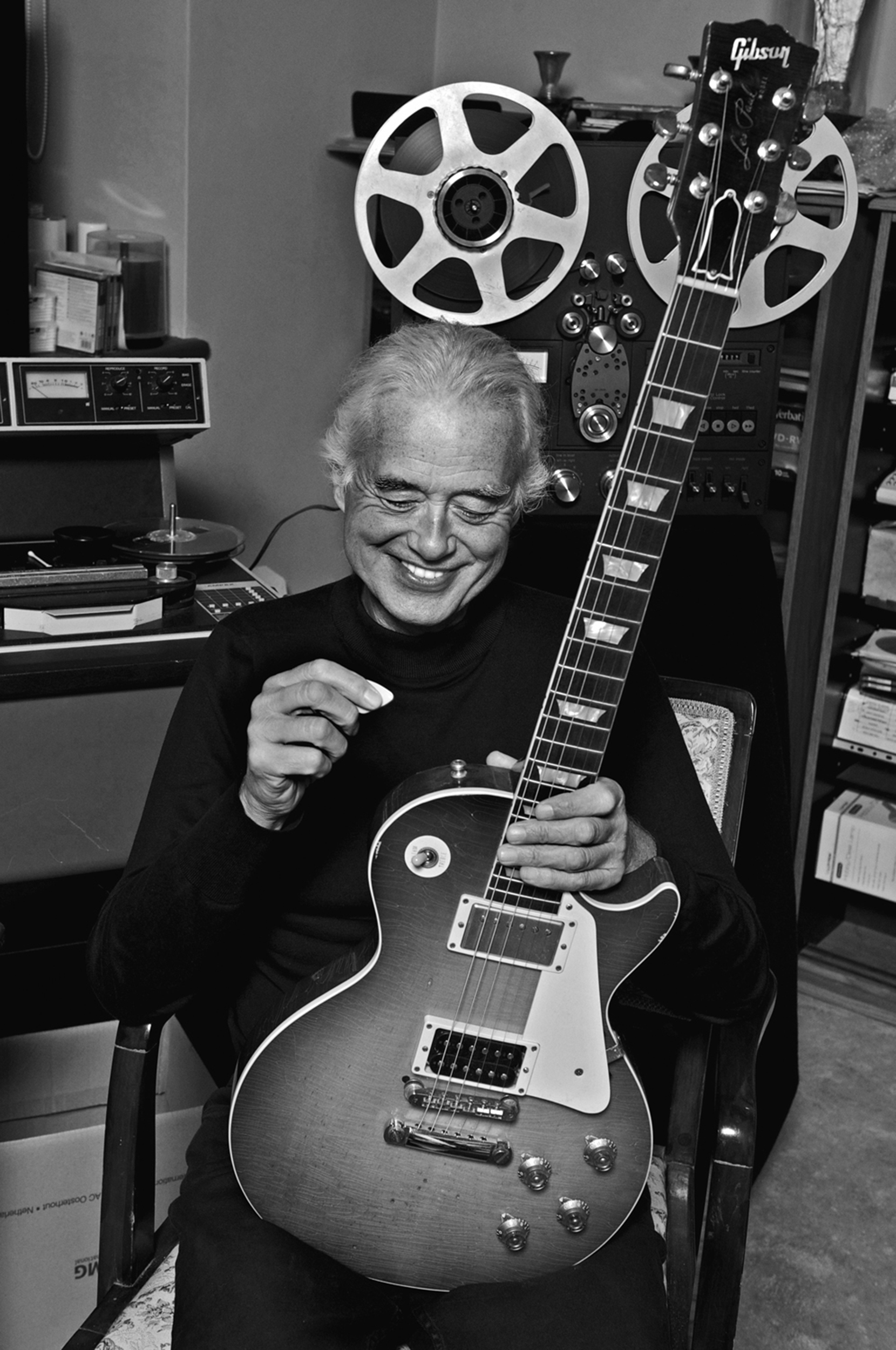 Other songs linked to the Welsh sojourn are Over The Hills And Far Away (originally called Many, Many Times) on Houses Of

The Holy, and three Physical Graffiti songs — The Rover, Bron-Yr-Aur (spelt correctly this time) and Down By The Seaside.

As recently as 2016, Page dispelled a long-held belief that Zep’s most iconic composition, Stairway To Heaven, began life in front of the cottage’s roaring fire with, as he once put it, “Hawkwind humming in the background”.

During a copyright infringement case in Los Angeles, which he deservedly won last month, he attested that his memory had been “glitching” and that he wrote all three sections of the song on his own before trying them out in front of his bandmates at Headley Grange.

But there can be little doubt that Page’s sublime opening sequence to Stairway and Plant’s lines such as “In a tree by the brook/There’s a songbird who sings,” were just a little bit influenced by their time in the Welsh countryside.

Before this tale is over, I also want to share Page and Plant’s thoughts on what made Led Zeppelin such a magical band with its own mythology.

First, Plant: “Jimmy was the boss in the beginning. He and Jonesy bankrolled the whole thing. 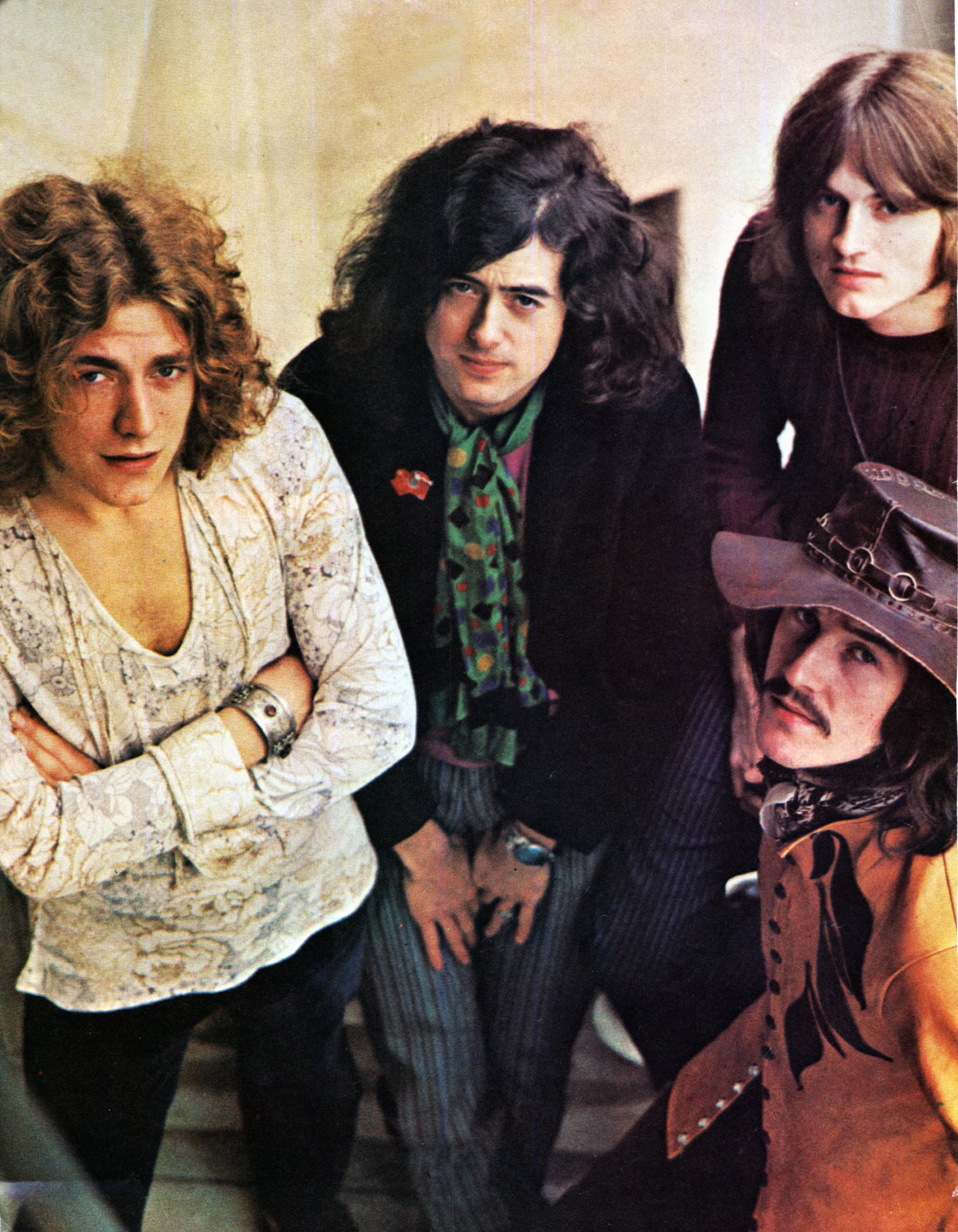 “When we started playing, they were the luminaries but Bonzo and I carried a lot of excitement and raw crap from the Midlands.

“We were very fortunate because we had this thing called chemistry, although I hate to use that term. It was a fantastic and fortuitous accident.

“There was something evocative and slightly addictive about us because, in the middle of all our madness, you could feel and hear that it was Zeppelin.

“For the four of us, it was almost like role play. Self-expression was never marred and there was always a free pass to take an idea to the extreme.”

And Page added: “I have to say we were four amazing musicians playing as a band as opposed to one superstar surrounded by other musicians.

“The bottom line for me is that the music has brought so much pleasure.

“I’ve had some really emotional testaments from people who say, ‘You don’t understand how much your songs have been part of my life’.

“Every musician dreams of being in a group like Led Zeppelin and I was very fortunate to have been a founding member.”

It’s odd to imagine “the pontiff of power riffing” Page, and the rock god with a golden voice and a lion’s mane of blond curls, Plant, holed up in a remote corner of Wales in 1970.

But the Led Zeppelin we know and love today wouldn’t have been quite the same if they hadn’t.