Hilary Duff‘s days as Lizzie McGuire might not be completely over after all. The Younger star confirmed her involvement in a Disney+ revival of Lizzie McGuire in 2019, but the project was canceled just a few months later. Duff has since moved on to starring in How I Met Your Father, Hulu’s new sequel to the comedy How I Met Your Mother. Still, Duff recently revealed she hasn’t given up hope that Lizzie will someday return to the spotlight.

Many fans of early 2000s Disney were thrilled to see the news of the Lizzie McGuire revival. The original series, which aired between 2001 and 2004, starred Duff as the titular 13-year-old Lizzie, a middle schooler trying to find her voice alongside her two best friends.

Duff revealed in 2019 that a reboot following a 30-year-old Lizzie would arrive later that year. The show entered production in early 2020 but came to a halt after just a few weeks of filming. The Lizzie McGuire revival’s creator, Terri Minsky, left the series due to creative differences, and it was eventually canceled.

In 2021, Duff broke her silence about the cancellation. She admitted that her vision of Lizzie as a 30-year-old adult didn’t “align” with where Disney+ saw the character.

“It only makes sense to me to shoot a show where she’s acting like a 30-year-old in a modern world,” Duff said on SiriusXM’s The Jess Cagle Show.

Hilary Duff still hopes the reboot will happen another time 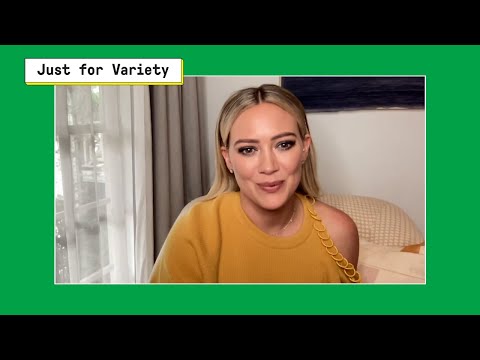 It’s now been more than a year since the Lizzie McGuire revival came to an end, but Hilary Duff still thinks about it. During an appearance on Variety‘s Just for Variety podcast, she admitted she doesn’t think the project is completely dead.

The actor revealed that conversations about a Lizzie McGuire reboot have gone on for years, which proves that it’s something people really want to see. Perhaps the right time hasn’t come along yet.

Although Duff felt disappointed about the cancellation, she liked to remain positive. She pointed out that, had Lizzie McGuire not been canceled, she probably wouldn’t be starring in How I Met Your Father right now.

In Hulu’s show, Duff plays a 30-year-old woman named Sophie, who tackles the modern dating scene in New York City. It may not be the Lizzie McGuire reboot Duff hoped for, but she’s still living out her vision this way.

“I just keep my heart and my mind open,” she added.

In light of How I Met Your Father premiering on Hulu, Duff has opened up a bit more about what Lizzie McGuire would have looked like. Speaking to Cosmopolitan, the star revealed one of the reboot’s main storylines.

“My character was moving back home with her parents because she caught her soon-to-be fiancé cheating on her, and she was falling flat on her face at the moment and being like, ‘I need to pivot because everything that I thought was wasn’t, and I’m turning 30. What the f***?’” she explained.

Duff also reassured Lizzie McGuire fans that everything happens for a reason, even the reboot’s cancellation.

“There’s a time and a place for everything,” she added. “It just wasn’t [Lizzie’s] moment.”

Fans can see Hilary Duff in How I Met Your Father, now streaming on Hulu. New episodes drop every Tuesday.