Charlie Mullins asked if he’d ‘force’ staff to be vaccinated

With the topic of mandatory vaccines for employees becoming a much-talked-about debate in recent weeks, Express.co.uk spoke with Pimlico Plumbers boss Charlie Mullins who has been championing the idea for months. As a result, Charlie has appeared on the like of Good Morning Britain and GB News several times to stand by his stance in the hopes other businessmen will follow suit in a bid to exit the coronavirus pandemic. And following Boris Johnson’s decision to delay ‘Freedom Day’ earlier this month combined with Piers Morgan’s exit from prime-time on-air debates, Charlie claimed the ITV presenter could be the one to get things back on track.

Charlie’s claims came in an exclusive interview in which he blasted Boris’ decision to push back the easing of Covid restrictions until July 19, which scrapped thousands of business’ plans who’d been working toward the original June 21 date.

When asked about his reaction to the delay, Charlie said: “Absolutely… I can’t say it, but I was really upset by it. It was really disappointing.

“I feel we’ve been misled again. I feel that he’s [Boris Johnson’s] playing games with us, he needs to be more honest. And, you know, unfortunately, he’s messing about with people’s livelihoods.

“More and more businesses are going to struggle again for another month and he’s playing the same old record, we’ve all had enough of it. He needs to, you know, get it sorted out once and for all and stop keeping on moving the goalposts basically.” 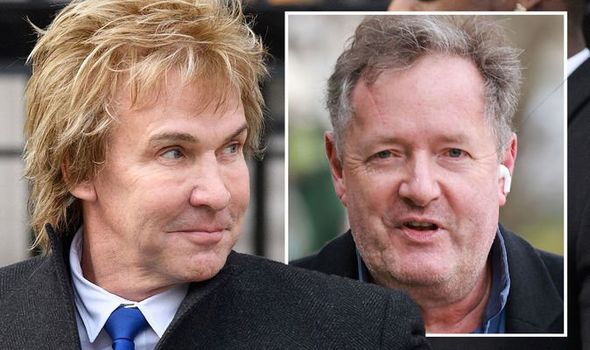 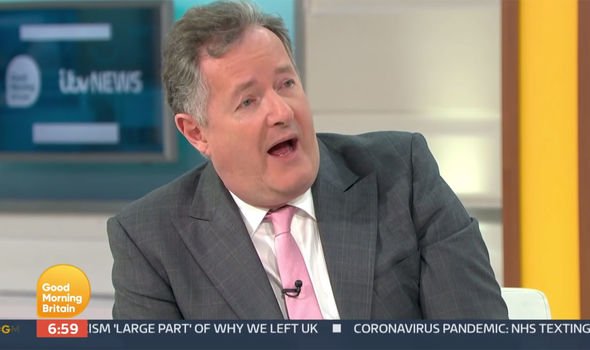 Delving further into his reaction, Charlie continued: “To be honest, myself, and many other business people are just fed up listening to him.

“We’ve got no confidence in him. We need a leader that can stick by what they say and stop playing games with the public. It’s not only people’s lives at risk here, it’s their livelihoods.

“And I’m afraid to say this, this additional month, they’ve now got to get their heads around, it could be the final straw that breaks the donkey’s back.”

As the interview turned towards Charlie’s televised debates on the issue, he lauded new network GB News for giving the likes of Sky News and BBC News a run for their money.

But there was “one thing missing” according to Charlie – and that’s Piers Morgan, who dramatically quit GMB earlier this year after refusing to apologise for comments made about Meghan Markle. 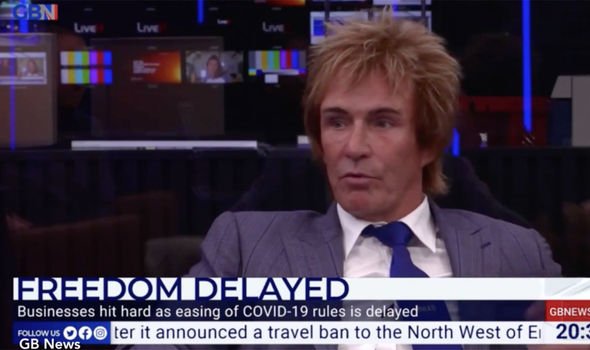 However, it isn’t just on GB News where Piers could have a future career as the Pimlico Plumbers boss has insisted he could be the man to step into Boris’ shoes to “get us back on track”.

“I mean, I hope he takes the job,” Charlie said of Piers’ potential GB News stint. “Because I think the amount of viewers then that are gonna flock to that channel, it’s gonna be incredible.

“And, you know, it means then that when we’re having conversations with people, they say ‘I was looking at GB News today and Piers did this and Piers said that’, you know.

“He asks questions that others won’t and he doesn’t put up with being fobbed off with no answers. Honestly, that’s the only thing it’s lacking and that will be the icing on the cake. I have to be honest, if he does go on it, he’d gain so many more listeners and viewers, and I think you’d get a lot more people that want to go on it.”

Charlie then referred to his own experiences on-screen with Piers and why it’d make him a prime candidate for the PM role.

“I love being interviewed with Piers, whether I’m right or I’m wrong, he says it as it is and he speaks a lot of common sense. And the quicker he gets on that channel or gets back on the telly…

“I actually think he is the man that can sort this nonsense out about, you know, making the vaccination compulsory or mandatory.

He continued: “I don’t think I’m taking it out of proportion (but) if we were voting a new prime minister tomorrow, and he was in the running, he’d be in Number 10. Undoubtedly.

“We’ve never had one that’s like a normal person, one that can speak to people, one that doesn’t flap around things, (he’s) very direct, very controversial.

“But he also speaks common sense. And that’s what we need, we need presenters with common sense and we need a prime minister that has got leadership and common sense.”

So could a future in politics lie ahead for Piers? Or will he be making an on-screen on GB News or somewhere else in the near future?