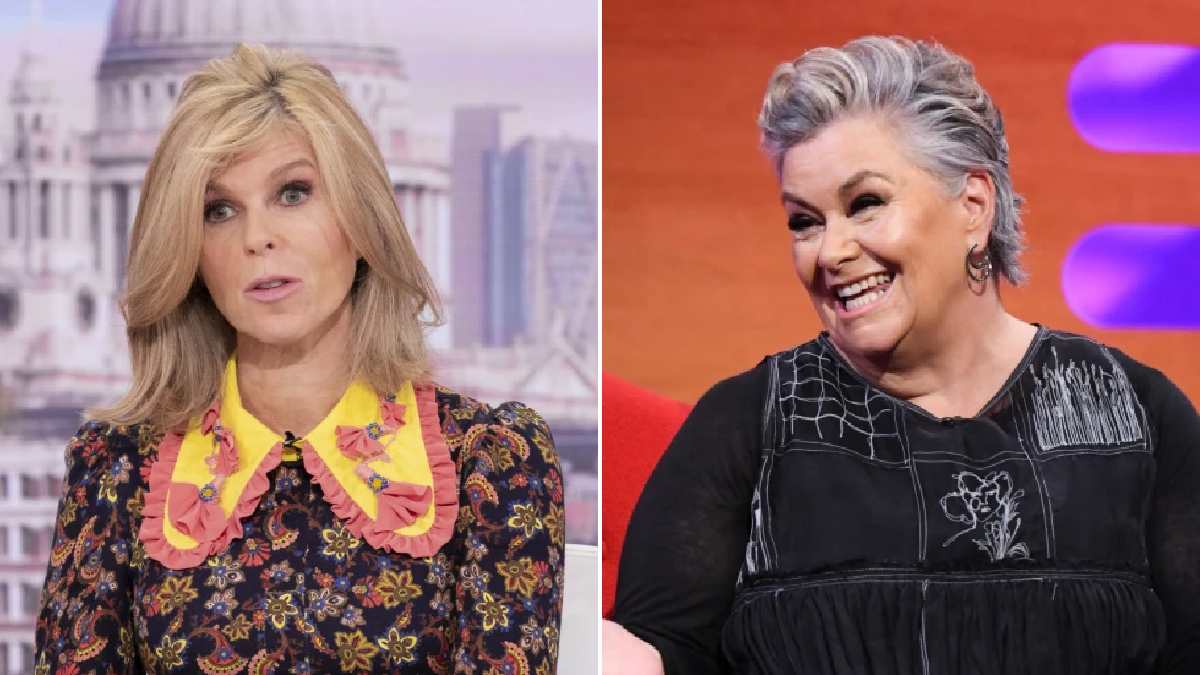 Dawn French has revealed her Good Morning Britain appearance was scrapped on Thursday morning in light of Russia’s invasion of Ukraine.

Vladimir Putin launched military action in Ukraine in the early hours, saying the move was a response to threats from the country.

He said Russia does not have a goal to occupy, but the responsibility for bloodshed lies with the Ukrainian ‘regime’

Dawn was due to appear on the ITV daytime programme to discuss her new solo show, Dawn French Is A Huge Tw*t, which is set to begin this autumn.

She was also lined up to chat about her reunion with her French And Saunders co-star Jennifer Saunders.

‘Understandably, @GMB have pulled my interview this morning,’ she told her Twitter followers.

It currently remains unknown when her interview will be rescheduled for.

Today’s episode of Good Morning Britain was dedicated to the latest news stories emerging from Ukraine.

Presenters Kate Garraway and Ben Shephard spoke with a string of guests, including Foreign Office Minister James Cleverly, who told the show ‘there will be an impact of fuel prices and perhaps a knock-on impact to other prices.’

Russia’s military said it has targeted Ukrainian air bases and other military assets and has not targeted populated areas.

Mr Putin issued a stark warning to other countries that any attempt to interfere with the Russian action would lead to ‘consequences they have never seen’.

He accused the US and its allies of ignoring Russia’s demand to prevent Ukraine from joining Nato and offer Moscow security guarantees.

He said the Russian military operation aims to ensure a ‘demilitarisation’ of Ukraine, adding that all Ukrainian servicemen who lay down arms will be able to safely leave the zone of combat.

Good Morning Britain airs weekdays from 6am on ITV.