We do know for a fact that FUNimation confirmed that the remake is “covering the ENTIRE story of the original manga.” Japanese announcements also labeled the new anime series as “zenpen,” which means the “whole story.”

What’s more, rather than the third season being called Fruits Basket 3rd Season, the official title is Fruits Basket: The Final.

But how many episodes will the Fruits Basket 2020 remake adapt the remainder of the Furuba manga series? The first season was 25 episodes or two cours.

A “cour” is a three-month TV broadcasting unit based on the physical seasons, and anime seasons usually have between 10 to 13 episodes per cour. During a May 2019 interview at Anime Central 2019, Vale said FUNimation had brought back the original English voice cast, and most of them were present at the event to promote the new Fruits Basket anime.

Vale also made a comment that seemed to indicate the total number of planned episodes.

“That’s why I’m here this weekend is for Fruits Basket because the show was a one-season anime, I mean, 17 years ago or something like that. And everyone was always unhappy with that because it didn’t wrap up the story. So, the fandom over the years, I guess, begged and pleaded and they found a way to do it so now they have redone the show in full, telling the story from beginning to end, 63 episodes in total.”

“So I said in an interview what I ‘knew’ the episode count of the new Fruits Basket to be,” Vale wrote on Twitter. “Sorry for anyone who thought that this actor had ‘confirmed’ something. Turns out I really only confirmed my own dumbness.”

While a total of 63 episodes may not be correct, the complete anime will likely be in that ballpark. All in all, for the story to be told with good pacing there, needs to be a minimum of five cours, with some cours having 13 episodes and others 12 episodes.

So, Fruits Basket Season 4 seems unlikely unless the Fruits Basket Another manga sequel is adapted into an anime. (See below for more details.) The Fruits Basket Season 3 opening (OP) theme song music and ending (ED) have not yet been announced.

FUNimation’s Fruits Basket Season 2 English dub was streaming as originally planned despite the coronavirus pandemic delaying the dubbing for other anime. However, starting after Episode 3 there were significant delays, with the dubbed release only up to Episode 7 as of June 22, 2020.

Although the Fruits Basket dub cast is the same from 17 years ago, the Japanese voice cast is different.

The 2001 Fruits Basket anime was produced by Studio Deen, which in recent times has produced the 2020 The Seven Deadly Sins Season 5, Sorcerous Stabber Orphen Season 2, KonoSuba: Legend of Crimson, and the 2020 Log Horizon Season 3.

However, the Fruits Basket remake is being produced by a new animation studio. Fruits Basket Season 3 will be produced by TMS Entertainment, which is known for making the 2021 Dr. STONE Season 2, Baki Season 3, and Megalo Box Season 2.

This article provides everything that is known about Fruits Basket Season 3 (Fruits Basket 2021) and all related news. As such, this article will be updated over time with news, rumors, and analysis. Meanwhile, let’s delve down into what is known for certain.

The story for the anime is based on the Fruits Basket manga, which ended its serialization way back in November 2006 with 136 chapters collected in 23 volumes.

Tokyopop released an English translation of the entire manga series, but starting in June 2016, Yen Press re-released the manga in 12 omnibus volumes.

Fruits Basket manga creator Natsuki Takaya is serving as the executive supervisor on the anime staff to ensure a faithful adaptation of her story.

Takaya requested that the Fruits Basket reboot be produced with a “completely new team. Completely new. Every single person.” She even asked TMS Entertainment to create a new art style for the characters based on modern sensibilities.

All in all, Takya wanted the staff to respect the source material while still “creating the kind of work that will newly touch as many people as possible.”

What this means in practice is that the new anime has shuffled around certain plot events and added anime-only scenes to take into account certain plot development changes.

The Fruits Basket 2020 episodes also removed anime-original stories from the 2001 anime, including the idea that Akito Sohma has a terminal illness.

The biggest change is the overall tone of the remake in comparison to the 2001 anime. The reboot heightens the drama from the outset to maintain a consistent tone rather than overly focus on slapstick comedy like the 2001 anime version.

The pacing of the newer anime has remained similar. The 2001 anime adapted three manga volumes per cour and ended in Volume 6. Fruits Basket 2019 Episode 25 ended by adapting Chapter 35 of Volume 6, which resolved Kyo’s mini-arc about his true form.

However, the 2019 anime also jumped back and forth a lot, reordering the sequence of events significantly. In fact, one of the episodes pulled content all the way from Chapter 51.

The ending of Episode 25 also featured Isuzu “Rin” Sohma even though she didn’t debut in the manga until Chapter 48 of Volume 8.

Note: This article was initially published before Fruits Basket Season 2 Episode 25 finished airing in Japan and will be updated with further episode analysis over time.

Fruits Basket S2 Episode 1 picked up the story again with Chapter 42, which had Motoko Minagawa exploring her feelings as President of the Prince Yuki Fan Club.

The episode also adapted Chapter 49, where Yuki meets Machi Kuragi and Kakeru Manabe, who are the new student council members.

As with the first season, the 2nd season significantly rearranged the ordering of events to integrate plot points that fit a specific plot narrative focus per episode. In order to make this work, the anime changed many manga scenes to account for timeline differences, and anime original content was added.

Some of the dialogue was also condensed or skipped outright. Narrative details were often changed in order to maintain consistency.

All in all, it’s predicted that Fruits Basket 2020 Episode 25 will find an ending somewhere around Volume 16. It’d be a good stopping point since the manga volume ends with Tohru wishing to end the curse as her New Year’s wish.

However, the anime portrayed chapters out of order again for the second season’s ending. It’s possible the second will finish with Chapter 93 or jump ahead to Volume 17.

That stopping point would leave just enough chapters for Fruits Basket Season 3 to be a two-cour anime.

In 2015, Natsuki Takaya began releasing a Fruits Basket sequel called Fruits Basket Another as a web series. It eventually moved to Hakusensha’s Manga Park website and app in 2017.

Fruits Basket Another Volume 3 included up through Chapter 12, and it released in Japan on March 20, 2019. Yen Press released all three books with an English translation as of November 2019.

But then Takaya continued the story with Fruits Basket: The Three Musketeers Arc 2. As the first arc, it was only three chapters long and the third chapter was published in August 2020.

Yen Press announced that the new manga chapters would be simultaneously published online in English for both The Three Musketeers and Fruits Basket Another.

In September 2020, Takaya announced via Twitter that Fruits Basket Another is “is complete for the time being with Chapter 13 being distributed on Manga Park.” She acknowledged she could have extended the story with the perspective of the adults and parents, which she felt would be easier, but she admits, “I don’t want to draw it because I don’t want to draw it.”

Unfortunately, with only 13 chapters Fruits Basket Another is not quite long enough for making Fruits Basket Season 4, although it would make a good standalone OVA or a Fruits Basket movie. Let’s just hope the story is adapted into anime in any format. 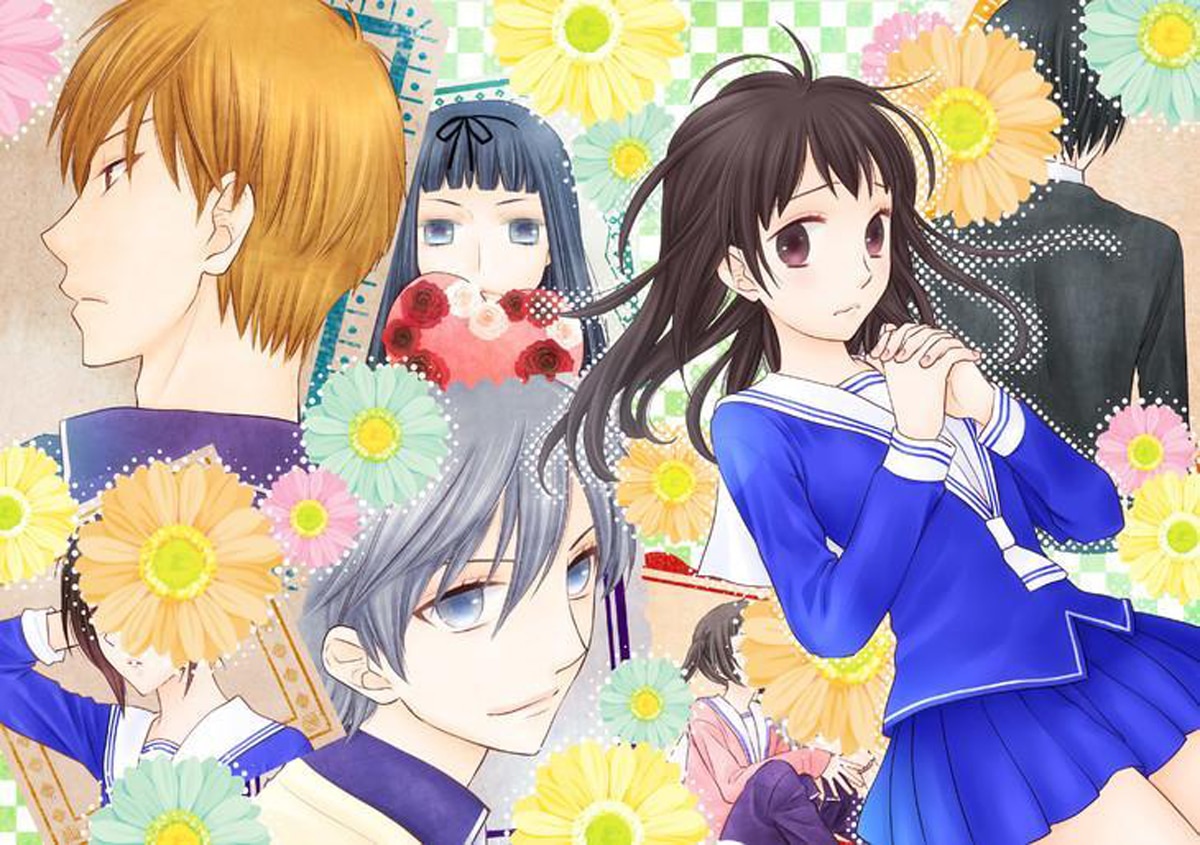 Should anime-only audiences take the time to read the manga? The story only briefly hints at what happened in the future to Tohru and her friends in the Sohma family, but it’s a must for big Furuba fans.

Set years after Tohru has graduated from high school, the direct sequel focuses on high school girl Sawa Mitoma and her own encounter with Sohma boys.

Sawa stutters when she speaks and struggles with extreme self-confidence issues as she enters high school, so she is used to lonely lunches.

All of that begins to change when she meets two Sohma boys, Hajime Sohma and Mutsuki Sohma, the president and vice-president of the high school.

But their first meeting isn’t exactly a tiding of great fortune since Sawa accidentally steps on Hajime’s face!

As of the last update, TMS Entertainment or any company related to the production of the anime has not officially confirmed the exact Fruits Basket Season 3 release date. FUNimation has confirmed the Fruits Basket 2021 sequel, but not the time frame in the year.

Once the news is officially confirmed, this article will be updated with the relevant information. In the meantime, it’s possible to speculate about when the exact Fruits Basket Season 3 premiere date will occur in the future.

Unless there is an even longer delay between seasons, Fruits Basket Season 3 should release in April 2021.

The only wildcard is the SARS-COV-2 pandemic since national quarantines in Japan, China, and Korea have caused a ripple effect of delays throughout the anime industry, especially when studios rely on outsourcing. Industry insiders have reported that animating takes twice as long as normal and dubbing three times as long.