Fox dominated Sunday ratings with the NFL Divisional Playoff game between Tampa Bay and New Orleans, which earned an 8.0 in the adults 18-49 demographic while a staggering 28.81 million viewers tuned in to watch the Buccaneers defeat the Saints 30-20 to advance to the NFC Championship. This was a solid lead-in to Fox’s new animated series The Great North which skyrocketed to a 2.6 in the demo and netted 8.42 million viewers since its premiere. Family Guy also saw a surge since its last fresh episode delivering a 1.1 in the demo and 3.34. These fast affiliate numbers are preliminary and will likely be adjusted in finals.

The CW debuted the second season of Batwoman with Javicia Leslie donning the cape and cowl. The superhero series ticked down a tenth in ratings from its freshman season finale earning a 0.1 in the demo and 663,000 viewers. 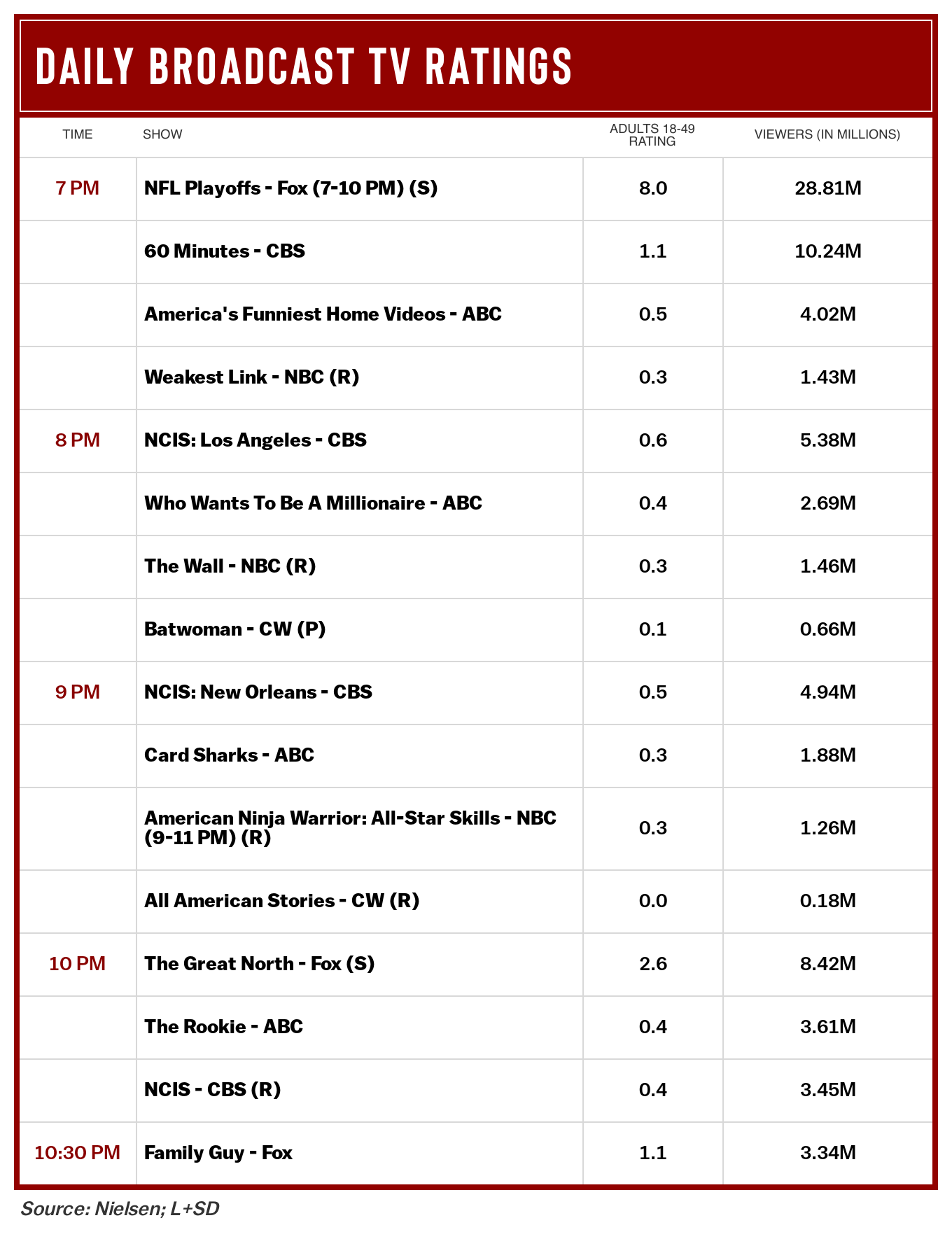