“Trolls World Tour” (Universal) was a multiple #1 this weekend. Sources indicate it was by far the top-grossing film playing in limited drive-in theaters and it leads multiple VOD charts, despite a price nearly triple most releases.

Among films debuting on VOD, “Robert the Bruce” (Screen Media), with Angus Macfayden portraying the Scottish hero previously seen in “Braveheart,” saw the highest placement. Justin Kutzel’s “True History of the Kelly Gang” (IFC) starring George McKay (“1917”) initially didn’t place on any VOD chart, but thanks to the reported grosses of three drive-ins, it gets credit as the #1 film this weekend. Strange days.

With all 2020 theatrical releases to date now available for home viewing, VOD charts become a reflection of price changes. The four VOD charts contain a total of 22 films, reflecting somewhat different demographics and methods of ranking. No film is on all four (iTunes does not list premium VOD titles like “Trolls World Tour” and “Invisible Man” that lack download options).

Of those on three charts, “Trolls” is #1 on all but iTunes, including the two that list by transactions, not total sales. That strongly suggests Universal’s gamble in testing the direct-to-home release of a theatrical feature is a success — although that’s a crude estimate that can’t address scale or profitability. Warner Bros. announced last week that it would follow suit May 15 with “Scoob!”

“Extraction” looks tailor-made to hit the sweet spot for Netflix subscribers with action, a prominent lead actor, worldwide appeal, and some easy to publicize content (in this case, an extraordinary 12-minute single shot). Unlike many Netflix debuts, it took the #1 spot (both for movies and overall) on its first day. Family film “The Willoughbys” is another target release for Netflix viewers; three animated films from other studios also rank in their top 10.

But oddities still show up. Case in point: The 2018 Polish production “The Plagues of Breslau” (“Plagi Breslau”), an ultraviolent thriller about a police officer who hunts a serial killer that claims a new victim at 6pm every day. Of note: The film isn’t subtitled; it’s dubbed.

(ranked by # of transactions, current position and highest during the week)

(ranked by revenue accrued for the past week) 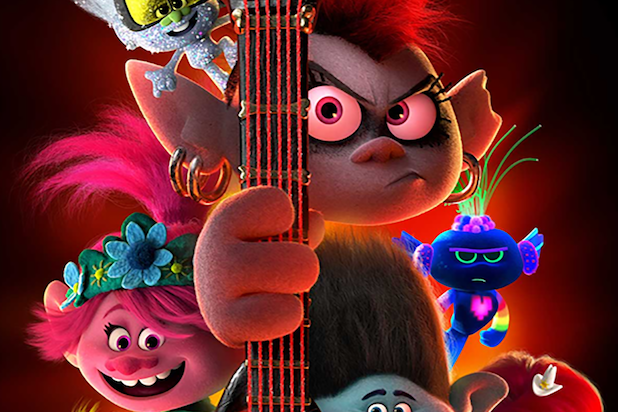 (ranked by transactions over the last week)

(ranked by # of transactions, current position and highest during the week, exclude premium VOD rental only titles)

(most viewed, current ranking and highest position during the week)