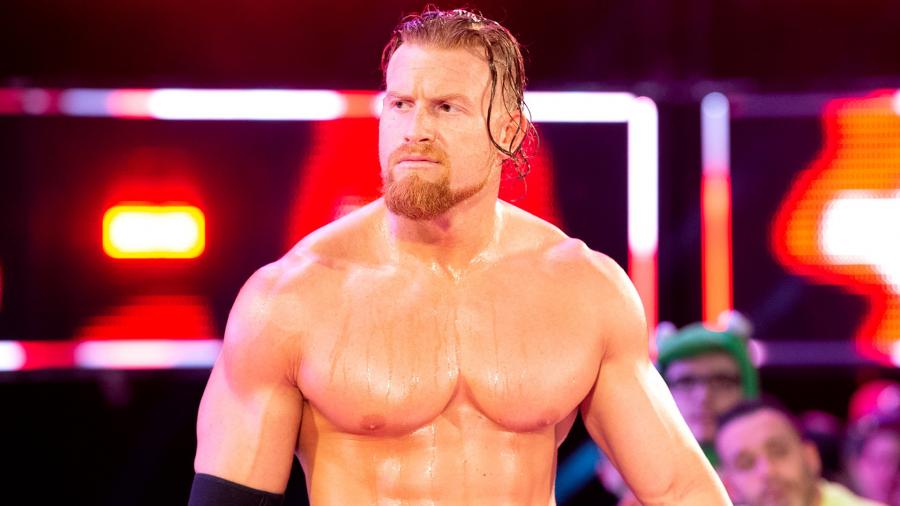 It seems life after WWE is treating Buddy Murphy pretty darn well if this photo is anything to go by.

The former Cruiserweight Champion famously cut weight to get around the 205lbs mark so he could be part of the highflying brand, but now he’s gone in the complete opposite direction weeks after getting released earlier this month.

He shared an amazing workout photo with his social media followers, showing off his new hulking figure and absolutely massive arms while posing in the mirror at the gym.

He captioned the snap: ‘Sometimes we gotta look in the mirror and evaluate… I’m evaluating! And the chip on my shoulder is getting bigger! Watch out! I’m the hungriest wolf!

Plenty of fans and fellow grapplers were quick to flood the comments with kind words, including WWE producer Tyson Kidd (TJ Wilson), who summed it up perfectly as he wrote: ‘Damn dude’.

Still, AEW star Andrade El Idolo – who was granted his WWE release back in February before recently making his debut for the rival promotion – couldn’t resist a tongue in cheek dig and compliment.

He shared puppy and lion emojis, jokingly suggesting they represented the ‘before’ and ‘after’.

Murphy was one of several main roster stars the company cut at the beginning of June, alongside Lana, Aleister Black and Braun Strowman.

As well as his impressive 205 Live run which earned him the nickname the Best Kept Secret, the Australian star also shone in 2020 alongside Seth Rollins, including a career highlight at the Royal Rumble.

He tried to spoil Edge’s epic return party when he stepped out with Rollins and AOP, and it turns out that night was an emotional moment all round.

The former Raw Tag Team champion was just 20 years old when the Rated R Superstar was forced to retire in 2011, and he previously admitted he can still remember how upset he got watching Edge announce he was being forced to hang up his boots.

He told Metro.co.uk: ‘I remember when he retired on television, I was a fan back then. I remembered bawling my eyes out just because of how tragic and unexpected it was.

‘But I’m not gonna lie, I did enjoy coming out at number 30, pulling him out and kneeing him in the face. There was a childhood dream, so to speak, accomplished at that moment.’