Escape to the Country: Jonnie speaks to buyers about a 'problem'

Escape to the Country viewers tuned in to see Jonnie Irwin take control of the latest property search for the BBC One show and he was tasked with finding the dream house for a Californian couple, Carla and Jason. The creative pair were keen to leave Orange County behind and make a lifestyle leap to the Welsh borders. With a budget of £500,000, they were asking for a four-bed property, with lots of history and character. While they weren’t necessarily wanting an open-plan living space downstairs, they did want modern interiors and appliances. As for the outside space, half an acre of land was ideal, for the opportunity to have a garden and grow some vegetables as well as space for their future dogs to roam and play.

Property number one – a converted barn – was on the Monmouthshire border and was priced at £480,000.

First impressions were: “It looks a little bit small, but that can be deceiving,” Carla said.

It was an 18th-century building, which was originally part of the big house over the road, and said road was an issues.

“Being on a road, it’s not something I would’ve chosen,” Carla said and Jonnie replied: “When someone says ‘I don’t love the idea’ I hear ‘problem’. But that’s fine, I can do better.”

Walking into the house, Jason immediately commented on the beams and kitchen but when they took a look upstairs, the room sizes left them disappointed.

“It feels very small and cramped,” Carla told the presenter in relation to the master bedroom. 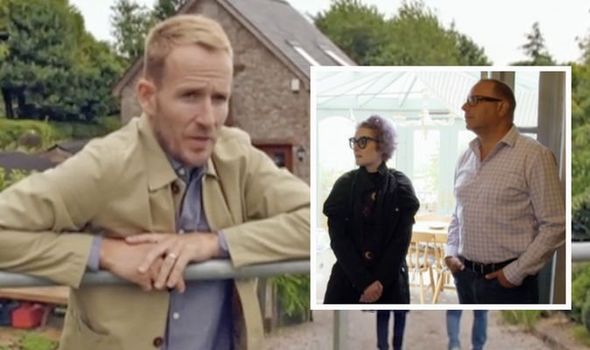 “I always have a little bit of a panic when I bring anybody from the States to a British bedroom,” Jonnie remarked. “We don’t build big bedrooms. I know you’re used to big bedrooms having spent time in the States you get acres.”

“The views are great and the light is great, but we would struggle to be in here at the same time,” Carla continued and with that, Jonnie took the couple outside to check out the rolling hills the house looks over.

“I think we’re getting somewhere,” Jonnie said to those watching at home. “The views – obviously work. The outside space is a big tick, I think the house, definitely, needs to be bigger.”

The second house Jonnie took Carla and Jason to was on the English side of the border in Herefordshire.

Driving down a beaten track with overgrown hedges on either side, when the house came into view, both remarked: “Oh my goodness.”

While the initial view of the house impressed Carla and Jason, Jonnie was keen to point out the Malvern Hills in the distance. 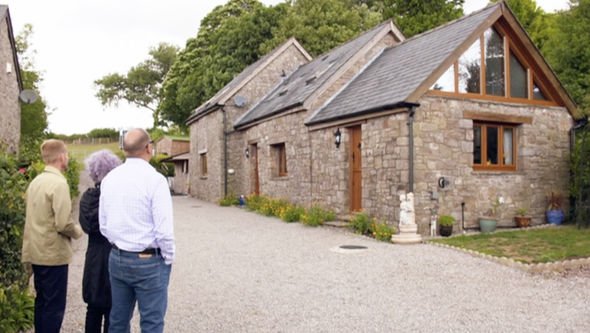 “I love it,” Jason said and Carla added: “There’s definitely a story behind this house.”

“You were the one Carla, who wasn’t so happy about being isolated.”

“This feels very special,” she stated. “I am definitely going to keep an open mind.”

The original part of the home was built two centuries ago and has been added to over the years, most recently a decade ago.

Stepping into the first reception room, Carla said: “I love the character of it, but it feels a tiny bit small for me.”

There was another larger, living-sitting room, conservatory and then a country kitchen with a separate utility. 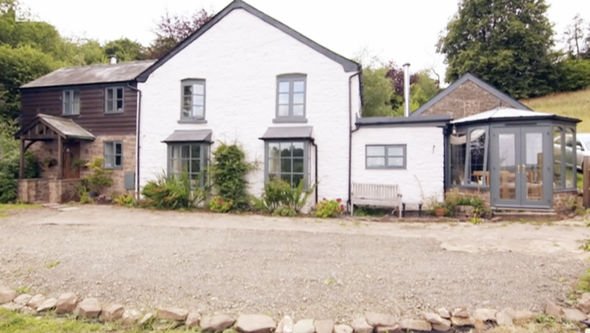 “Three bedrooms in total for this house, this one – huge en-suite and dressing area,” Jonnie revealed.

“I’m now seeing, so much potential in this house,” Jason said, but the surprises did not stop there as Jonnie wanted to show the couple outside.

“There’s more space than initially hits the eye here,” the presenter explained. “If you want to take it on.”

“I think we have a lot to discuss,” Carla commented.

With Carla not wholly convinced by the second offering, Jonnie was hoping the mystery property would wow her enough to put in an offer. 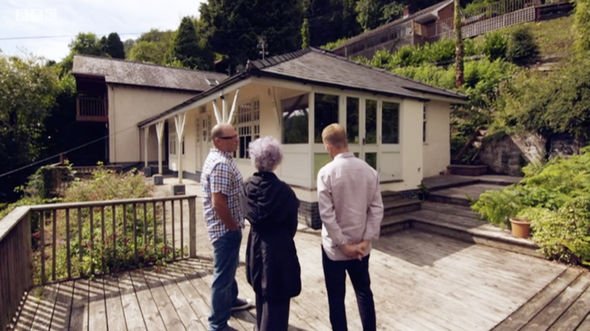 It too was in Herefordshire, but this time in Symons Yat – a popular tourist destination.

“The house we’ve come to see is set in an elevated position on the western side of the River Wye,” Jonnie voiced.

The initial view took the couple by surprise and Jason told Jonnie: “I love it, I absolutely love it. It’s like a home away from home.”

The house was built in the Victorian era but has been recently extended and refurbished.

“This is something you would expect to see in California,” Carla said and Jason added: “We would never expect to see this in the UK.”

Downstairs, off the main living space, were three bedrooms, one of which was ginormous which Jonnie suggested could be used as Carla’s workshop.

Upstairs then boasted the master bedroom which looked out towards the countryside.

“The promotions are excellent, I love the ceiling height – an amazing sense of space and a ton of natural light,” Carla told the presenter.

Outside, there were two verandas – one for each floor, plus the street level garage.

But the garden is less than they asked for and it was on an incline.

“Half an acre of garden you do not have, around here you’re all up on a hill,” Jonnie told the potential buyers, but this didn’t matter. 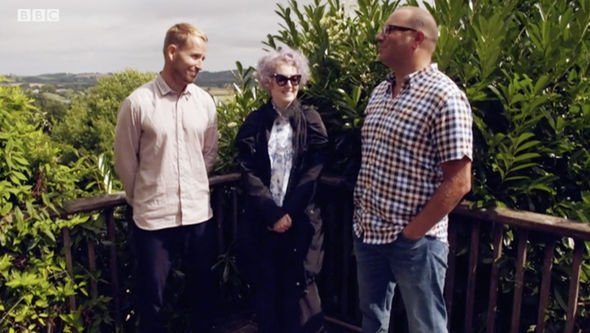 “The house is for sale, it might not be forever, what is the next stage for you over the next week, months?” Jonnie asked.

“Before we leave it might be a good idea to go back and visit the mystery house – take another look at it,” Carla replied. “And possibly have a conversation with the owner.

“We’re very eager to be here and start our new life and we’re definitely going to be actively pursuing that.”

Escape to the Country airs weekday afternoons at 3pm on BBC One.