Escape to the Country: Homebuyers disagree on modern and old

Escape to the Country concluded the week with a trip to Oxfordshire and it was the turn of Jonnie Irwin to lead the property search. He was joined by Frances and Rui who were currently living in the city of Oxford but were looking for a four-bedroom property, with a whopping budget of £1.5million. However, while the couple agreed on several elements they wanted the house to have, they differed extremely when it came to how it looked on the outside and the amount of character it offered inside. Jonnie delivered exactly what they were asking for, but in the end, Frances and Rui ended up swapping preferences and this left the presenter with his head in his hands.

Jonnie kicked off the show by explaining the area: “Oxfordshire is an expensive county in which to by property. The average price of a detached house here currently stands – wait for it – £563,000. That’s a whopping £220,000 above the UK average.

“Now today’s buyers are trying to strike that fine balance between proximity to work in Oxford but also desiring greener pastures in which to raise a family.”

The top priority on this search was ensuring all the houses fell within the 30-minute drive time to the hospital Rui worked at in the centre of Oxford.

As for what the couple were looking for, they asked Jonnie to find them a house with a minimum of four bedrooms set in a village or market town with local amenities to hand.

“It would be great to have maybe two reception rooms – one for the kid’s playroom and one for the adults. Not a huge garden, but one where they can play in, but equally manageable.” Rui said.

As for the curb appeal, Rui continued: “This is where we differ. I like old rustic-looking houses.” But Frances didn’t share the same preference: “I don’t want it to be too old! You definitely want a place with character, but I don’t want stone floors.” 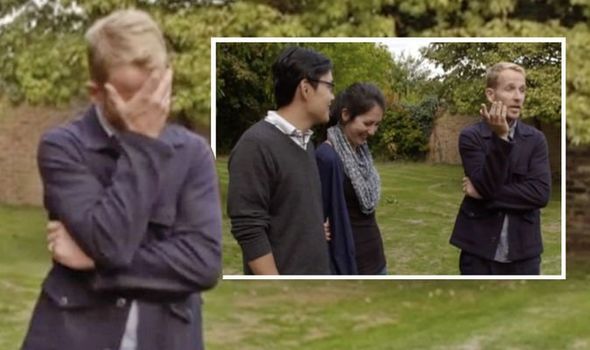 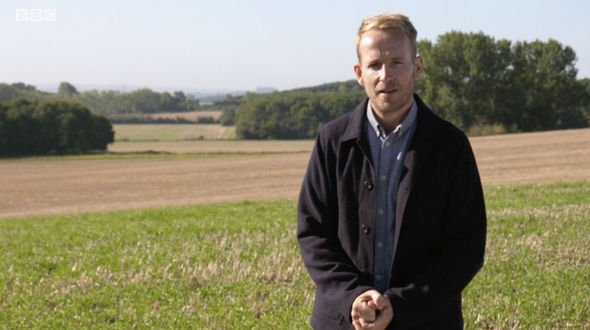 “Look at your face when you say that!” Jonnie exclaimed. ”I have people that I show around houses and they look at the range and the stone floors, and they’re jumping for joy with a tear in their eye. You…you look like you stood in something when you talk about this!”

The first house Jonnie took them to was in the village of Yarnton – four miles from the city centre.

“This is where we find out whether you, Rui, like modern houses,” the presenter commented. “This one is a bit for Fran, lets get Fran onside first! It is originally a 1960s property.”

Inside there was an impressive kitchen-diner, which was in fact, three areas conjoined and down the hallway, there was a utility room with two great family areas sandwiched in between.

There was a separate wing for visiting friends and family to gather in, which could be a dedicated annexe.

There were six bedrooms altogether, laid over two floors, all of which looked out onto the vast garden which included a zip wire and a summerhouse and there was also had a triple garage unit to the side. 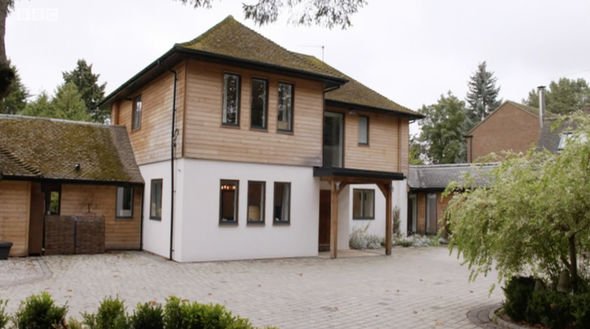 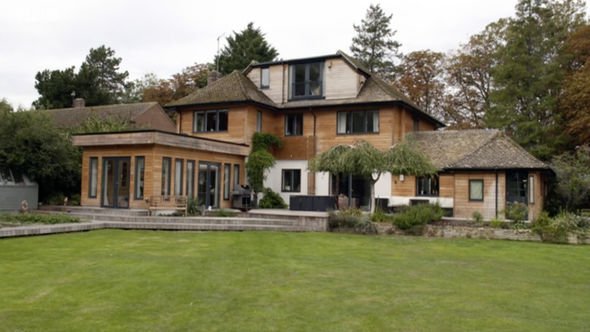 Day two of the property search saw Jonnie take Frances and Rui to Garsington and walking up the driveway the presenter said: “Something fairly modern but built with local materials.”

It was originally built for the current owners in 2010 and offered three large reception rooms, a modern kitchen, a sunroom with patio doors out to the garden and then an adjacent study.

What’s more, there was a bedroom and a shower room on the ground floor which makes a fabulous guest suite.

Upstairs were another four bedrooms – all with built-in storage and views over open fields. 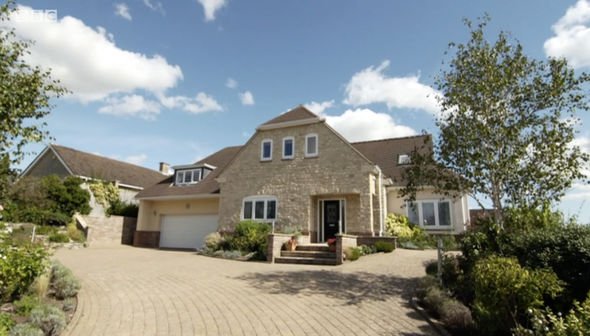 The top floor boasted a massive walk-in wardrobe/lobby which leads off to two double en-suite bedrooms.

“I was not expecting this, I am surprising myself that I like this,” Rui commented.

As for what the outside space offered, it was “thoughtfully landscaped into distinctive zones”, which included a patio, rockery, vegetable plot and greenhouse, along with a generous lawn.

There was also an outbuilding which could be a workshop or dedicated office for Rui.

The mystery house was up a sweeping driveway in the village of Appleford and Jonnie explained: “This house will really test whether they’re willing to take on a large country property and the surprising extras.” 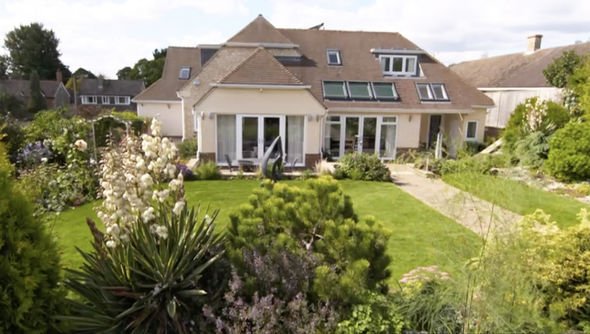 “Wow,” Rui remarked. “This is nice.” And Frances added: “This is impressive – it’s massive.”

“Hundreds of years of difference between parts of this building,” Jonnie told the potential buyers and led them inside to take a look around.

The tour started in the oldest part of the house – 1650 – which was currently being used as a living room.

“It’s a nice space, lost of lighting, I like the windows and the beams,” Frances said. “Definitely lots of character and I like the fireplace.”

“For a room so old, it’s surprisingly big and bright,” Rui added.

Jonnie then took them into another sitting room with a large fireplace which led onto a formal dining room with a bay window. As for the kitchen, it offered a space for a breakfast table and then a separate dining area with a garden room off to the side. 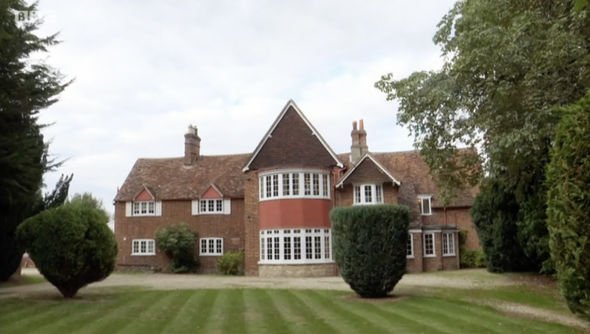 “Why are you liking this house?” Jonnie asked and Frances answered first: “I think it’s the colour scheme!”

There were seven bedrooms upstairs which were accessed by two staircases at either end of the house, but taking centre stage was the master suite.

“You’ve got oodles of space with this house,” the presenter commented. “Oddly enough, this house seems to be giving you so much of what you’ve asked for, but you’re saying less?”

“No, it’s good news!” Frances replied. “Normally if there are things I point out it’s because I don’t like it.”

The downstairs conservatory had an attractive outlook to the garden and there were an array of outbuildings on offer, including a stable, a triple garage block and an option for pool parties – with an outdoor pool that can heat up to 27 degrees celsius and a fully functioning pool room.

Standing on the lawn and looking back at the house, Rui told Jonnie: “What today has shown me – which is a surprise to me – is I prefer the modern bit.”

Those watching at home saw the presenter throw his head into his hands and he asked: “The modern bit of this house?”

“Just in general I think now,” the potential buyer continued.

“Don’t tell me, you prefer the old bit?” Jonnie asked Frances and she confirmed she did. “Brilliant! Okay, well, these things are sent to test me.”

“I’ve spoken to the owner in person, he told me he is very open to negotiation,” Jonnie told them.

After the property search was concluded, Jonnie sat down with Rui and Frances to hear their thoughts and they revealed they were interested in the first two properties and were going to arrange second viewings.

Escape to the Country airs weekday afternoons at 3pm on BBC One.