Liv Flaherty (played by Isobel Steele) left Emmerdale last month in search of her mother. After finding her living in a caravan park, Liv tried to confide in Sandra about her troubles, but she just wanted to have a good time and fans saw them raising a glass to being reunited. ITV viewers know about Liv’s history with alcohol abuse and her struggles with epilepsy. In upcoming scenes the teenager is going to run into trouble when she continues to drink and not take her medication. With Aaron Dingle (Danny Miller) frantically searching for her, will he be too late as another seizure takes hold?

Next week, Aaron’s mother, Chas Dingle (Lucy Pargeter), is worried about Liv and her whereabouts.

She is put at ease when Ben Tucker (Simon Lennon) offers to go with Aaron and search of his sister.

While Aaron and Ben start planning where to search first, back at the caravan, it is clear something untoward happened to Liv last night.

Viewers won’t know what really went on but it’s clear she is drinking to forget it.

Aaron, on the other hand, is struggling to find the caravan site despite several leads. 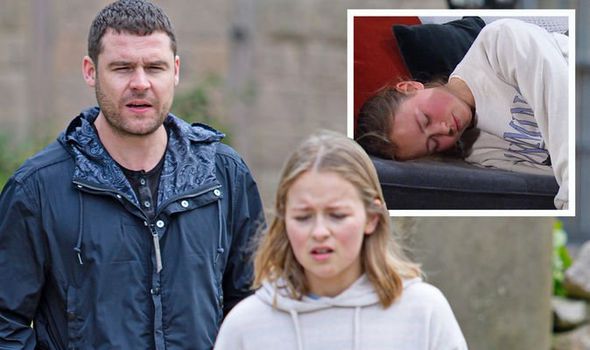 Scenes will show the scrapyard manager have a wobble and it is Ben who steps in and tells him not to give up hope.

Emmerdale fans will see the pair share a moment as Aaron thanks Ben for helping him.

It isn’t long before the two men find the site and arrive at Sandra’s caravan, but it takes them a while to open the door.

Inside they will find Liv, lying on the floor, suffering a seizure.

But what they are not aware of is this is her second seizure in two days. 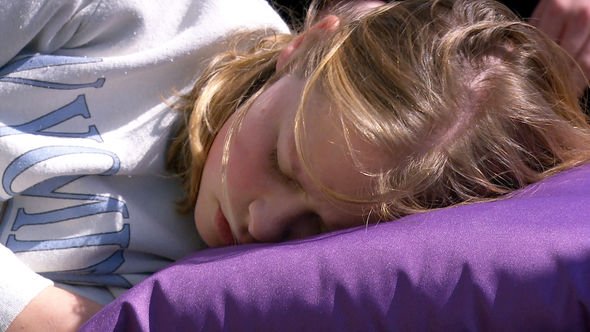 While Ben rings an ambulance, Aaron bumps into Sandra who is disturbed to realise how self-destructive her daughter has been recently.

It isn’t long before Sandra shows her true colours and gives Liv a piece of her mind leaving her to make a decision over how she wants to live her life.

But what about Liv’s health? Having relapsed with alcohol and has not taken her medication for epilepsy, she is bound to suffer from some internal and physical injuries.

According to the Epilepsy Foundation “most seizures end on their own and cause minimal concern”.

But there are “some seizures [where] people can injure themselves, develop other medical problems or life-threatening emergencies”. 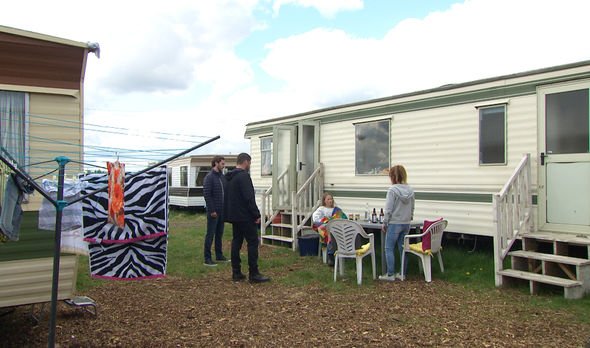 As for some of the most common injuries someone with epilepsy may suffer from during a seizure, the foundation listed bruises, cuts, burns and falls.

“More serious problems, such as broken bones, concussions, head injury with bleeding into the brain, or breathing problems, usually are seen in people who have generalised seizures with falls, long seizures, or repeated or clusters of seizures.”

If a seizure lasts longer than five minutes or longer, it is deemed a medical emergency.

The details of how long Liv’s second seizure was are unknown, but she seems to be having more and more seizures recently.

Liv has already bruised herself from a seizure before, what if something more serious was to occur this time around? 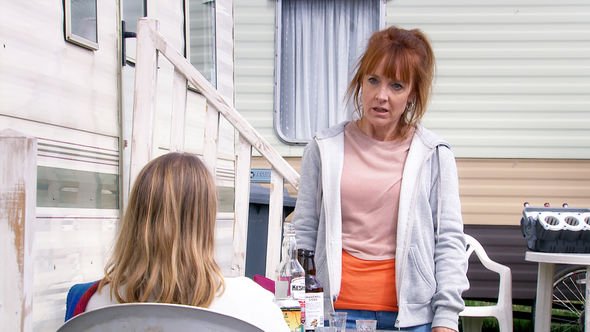 It comes after the actress who plays Liv spoke to Lorraine about her recent storyline and having to play a drunk character.

“It’s difficult because there is a fine line between being way over the top or underplayed so that you can’t really tell, and everyone I feel like has an opinion on how drunk acting should be played.

“It’s a bit nervewracking but hopefully I am doing alright,” she added.