Emmerdale: Leanna tells Billy 'I can keep you company'

ITV soap fans have recently seen Bernice Blackstock (played by Samantha Giles) make a dramatic return to Emmerdale. The beautician has come back to the Dales after living away in Australia for a number of years. Despite only having been back in the village for a short while, Bernice has already stirred up trouble by getting on the wrong side of Leyla Harding (Roxy Shahidi). But, after seeing the trouble Bernice has already caused, could Leanna Cavanagh (Mimi Slinger) end up getting violent with her?

Bernice left Emmerdale for Australia back in 2019 when her daughter Dee Dee’s (Mia Gibson-Reed) father ended up in a car accident.

Dr Liam Cavanagh (Jonny McPherson), who was engaged to Bernice at the time, seemed to struggle with the long-distance relationship and the pair soon broke things off.

Now that Bernice has returned to the Dales she’s found her ex Liam is now engaged to Leyla and there’s friction between the trio.

In Tuesday night’s episode of the ITV soap things went from bad to worse when Leyla slapped Bernice. 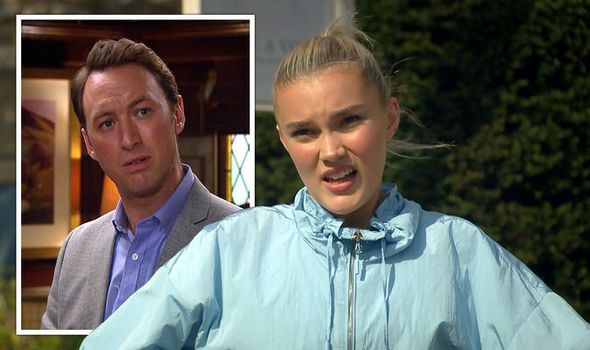 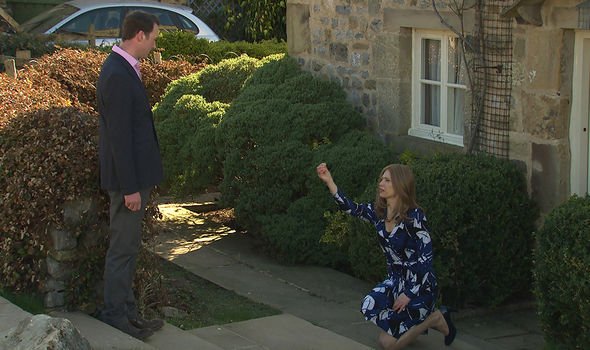 Bernice was in the middle of giving her old engagement ring back to Liam, when Leyla walked in and misread the situation.

The beautician dropped the ring and bent down on one knee to pick it up, causing Leyla to assume she was proposing to Liam.

She quickly slapped Bernice across the face before she had a chance to explain.

After the altercation, Leyla fumed at Liam and his daughter Leanna about Bernice’s presence in the village. 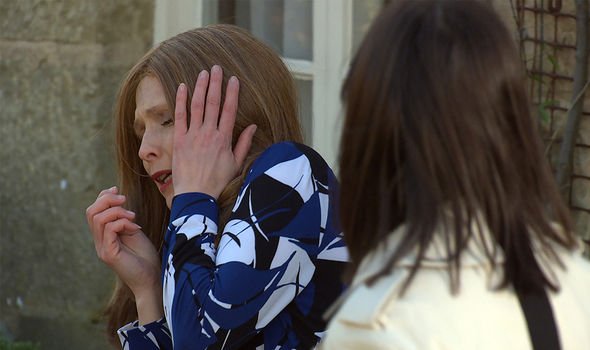 “Bernice is a big problem,” Leyla said, adding: “I’m not being bested by that nutcase.”

“Well said. She shouldn’t even be here,” Leanna said in agreement.

Later on, viewers saw Leanna take things into her own hands as she confronted Bernice.

The beautician seemed pleased to see Liam’s daughter at first, saying: “Oh Leanna how lovely to see you.”

“Don’t give me that,” Leanna hit back shaking her head.

A surprised Bernice said: “Oh come on. You were like a daughter to me.”

“And I was only nice to you for Dad’s sake,” Leanna revealed, adding: “Just stay away from my dad.”

“Honestly Leanna I wish your dad nothing but happiness,” Bernice said in an attempt to reassure her.

“Yeah? And he’s got that with Leyla so back off or I will do more than just slap you,” Leanna threatened.

“Leyla is worth ten of you,” she added before storming off.

Bernice was left stunned by the altercation but seemed to think there was more to it.

She said: “First Leyla hits me now Leanna’s threatening me with physical violence.

“That can only mean one thing. They’re running scared because they know Liam still loves me,” Bernice predicted.

After being threatened by Liam’s daughter Leanna, perhaps Bernice should be worried.

But, how far is Leanna willing to go to protect her dad? Could she turn to violence in order to get Bernice out of the picture?

If Leanna gets in a fight she could get in trouble with the police, causing more upset for Liam ahead of his wedding day. Fans will have to tune in to find out their fate.