Tonight’s Emmerdale ended on a major cliffhanger; is Will Taylor (played by Dean Andrews) dead after being beaten by one of DI Malone’s (Mark Womack) men? And while viewers were left racking their brains replaying the moment for any clues, it seems they may have overlooked the start of a new storyline involving Gabby Thomas (Rosie Bentham).

During a scene which aired earlier this evening, Gabby was round at Laurel Thomas’ (Charlotte Bellamy) house.

“Laurel if you get a spare ten minutes can you check my coursework for spellings, bad grammar, typos etc,” she asked.

Stopping mid-walk, Laurel said: “Are you serious? As if I got a spare ten minutes, it’ll be fine Gabby, don’t worry.”

After rolling her eyes at the response, Laurel turned to her son who was kicking a football: “Arthur not in the house please.” 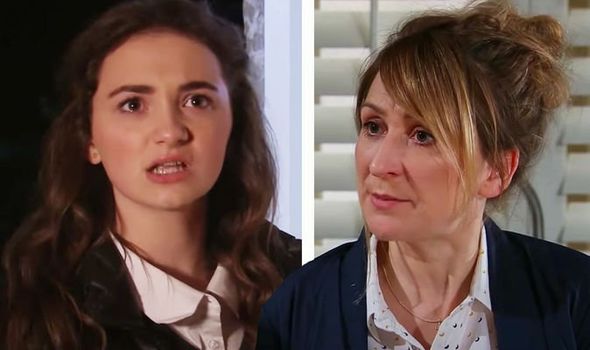 “Archie, your dad would much rather you have some fresh air,” Laurel encouraged and he replied: “Yes, it’s just I’m not scared -“

“Fine you don’t need to come,” Arthur snapped back and Laurel intervened: “There’s nothing to be scared of – Gabby’s going to keep her eye out.”

Hearing her name, Gabby piped up: “Am I?” 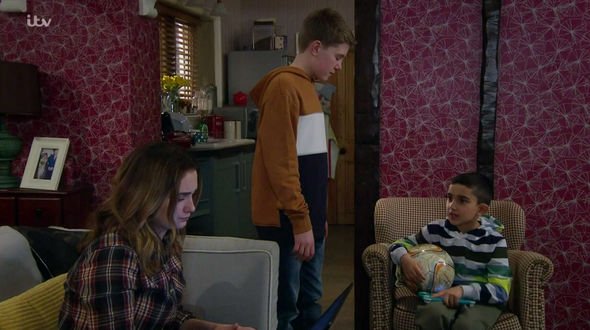 “Yes you are and I’ll return the favour,” Laurel remarked and she asked: “What, are you going to buy me some drinks at the pub?”

“You should be so lucky,” Laurel said and the teenager continued: “Right well what do you want me to do, video them for evidence or?”

“If I said yes, would that make me a bad person?” Laurel explained and Gabby then scooped up the lads and went out: “Right, come on you monsters lets go.”

Gabby is yet to have a major storyline, especially compared to some of the other teenagers in the village, could she be forced to cheat on her coursework in order to get ahead?

Three years ago, she was however involved in a cyberbullying plot and then the following year was a suspect in the ‘Who killed Emma’ case. 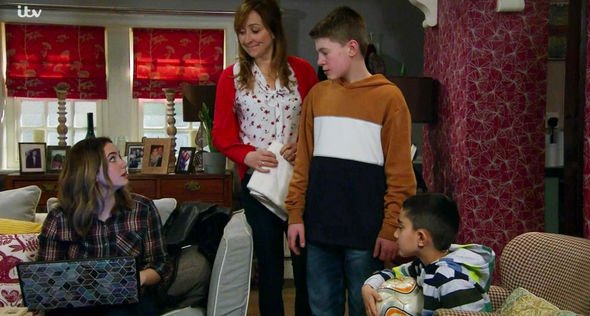 But could tonight’s scenes be the start if a bigger plot for Gabby?

Or perhaps this is how she is going to exit the village.

After completing her coursework, she could apply for jobs and with Laurel too busy with the other kids and patching the rift between Arthur and Archie up, Gabby may feel she has no reason to stay in Emmerdale.

Before that, she had a brief romance with Jacob Gallagher (Joe-Warren Plant) whom she faced issues with when they slept together without using protection.

Meanwhile, Jacob himself has had the most about of drama, having involved himself with school teacher and father’s girlfriend Maya Stepney (Louisa Clein).

His storyline is currently on the back burner, but will no doubt be revisited later this year.

Belle Dingle (Eden Taylor-Draper) who is a similar age to Gabby is currently involved in a secret affair with Jamie Tate (Alexander Lincoln) which is about to come to head this month.

Is it Gabby’s turn to take the spotlight?

Emmerdale airs Monday, Wednesday and Friday at 7pm on ITV.