Faith (played by Sally Dexter) is currently in a cancer scare but is too frightened to open up to those close to her about it. Eric knows because he saw her collapse and has been supporting her and urging her to tell her family. But the Emmerdale love triangle between the two and Eric’s partner Brenda is about to surface once again as people begin to suspect there’s something going on between them in the ITV soap. Faith actress Sally admitted to Express.co.uk she thinks Pollard should be with Brenda over her character.

As Pollard continues to help his friend, Brenda catches her wearing his robe and is furious.

“She’s wearing a bathrobe and of course, Brenda has completely the wrong idea,” Sally explained.

“And it’s a huge surprise to Faith because Brenda thought that her Pollard were getting together down at Brenda’s house so it’s all a bit of a shock and words are said and people flounce in and out and yes all high drama.”

It comes as Pollard invites Faith to spend another night at the barn while trying to support her through her illness. 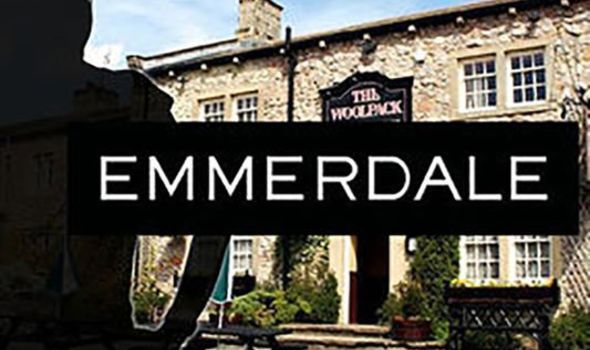 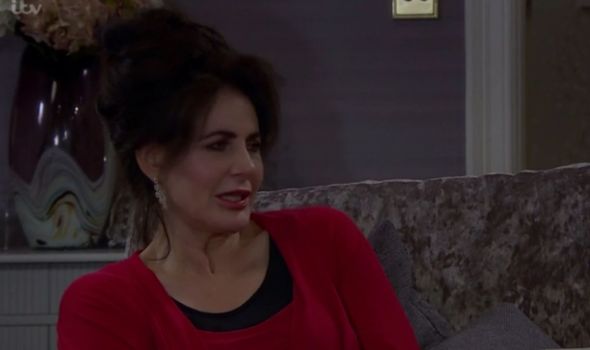 When Chas Dingle (Lucy Pargeter) also happens upon the scene, she gives her mum both barrels herself and leaves before Faith can tell her the truth.

But Faith still begs Pollard to keep her secret from her family until she knows for sure what she’s facing.

But Pollard insists that the truth needs to come out. When asked how Faith takes this, Sally said: “She realises she has to face doing that but she really doesn’t want to.

“She doesn’t want to worry them, doesn’t want them to accept her out of pity – she wants a real relationship with them and it matters to her more than anything.” 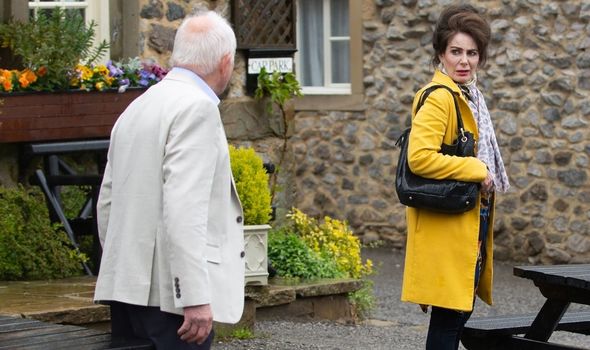 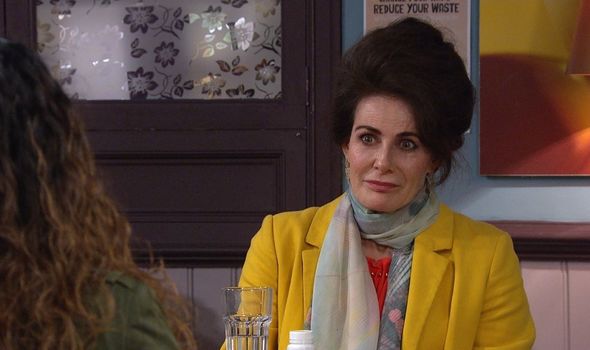 Even though Faith’s closeness with Pollard is innocent, fans have always suggested the two might get together.

Sally confessed: “My honest personal opinion is he should be with Brenda.

“Faith has a little bit too much of the rogue in her to settle down quite so finally with Pollard.

“I mean I wouldn’t mind if she had a few affairs, maybe even with a younger man!”

Sally added, if Faith does turn out to be seriously ill, she thinks she would cope stoically and “discover strength she didn’t know she had”.

She continued: “And always with humour because that’s her way to cope and it strengthens her,.

“If she’s got limited time, she’s going to live it to the nth degree. And, [she would] have the best time she possibly could.”

When asked if the events could make her become closer with her family, particularly her son Cain (Jeff Hordley), Sally said: “Things are not great between them. She would certainly hope [that they would become closer].

“And she would turn herself inside out to try and make that happen. But yes, it certainly brings all of that very, very much to the forefront of things.

“And the relationship is very dramatic, it’s very heartfelt.”

Speaking about how Faith and other characters in the soap often face difficulties with humour, Sally explained: “Well I kind of feel pretty much held Faith does, I think we all deal with some very serious things in our lives with humour.

“Through humour, we find a sort of a strength, but that’s not to say you’re laughing it off, you’re just laughing to make it easier, more understandable and more able to cope with it.

“I’ve always thought that you get to the humanity of a character or a situation much quicker and you get to the centre of it with humour and much more than taking it too seriously.

“Although I say that, that’s not to say it’s being laughed off in any way and she does take it seriously, you can’t not, but it’s done with a sort of humanity.”

Emmerdale continues on Wednesday at 8pm on ITV.