Fans of the ITV soap noticed Gabby Thomas' baby bump was finally on-screen during an exchange with her unborn baby's father Jamie Tate. 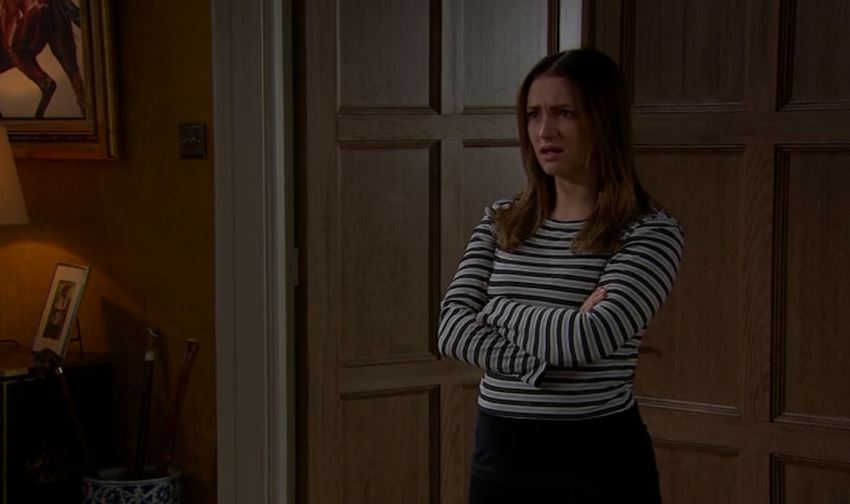 In the scene, Gabby told off Jamie for “spying” on his mum Kim who was talking to Will about a new work project.

He's caught in the act by pregnant Gabby, who threatens to tell Kim about his earwigging.

But viewers were distracted by Gaby’s baby bump that “magically appeared.”

Fans took to Twitter pleased to see the baby bump finally make an appearance, as one viewer said: “At last Gabby has a bump showing – about time!" 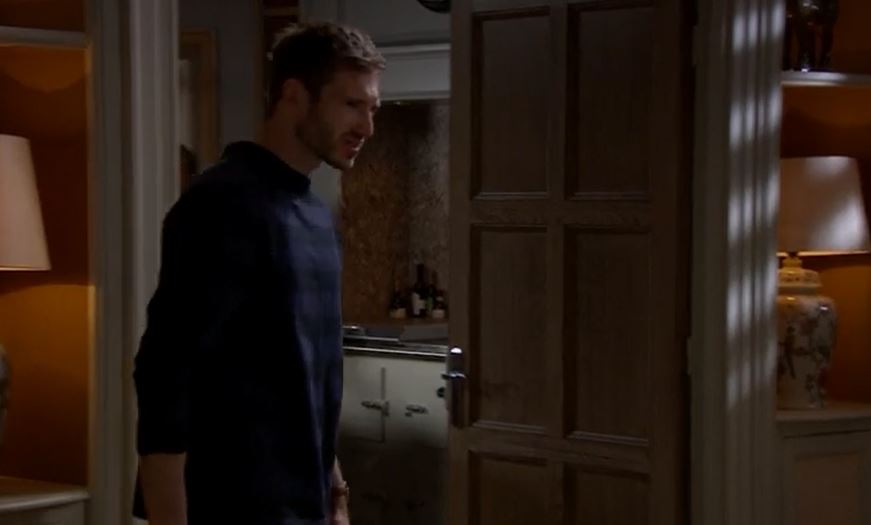 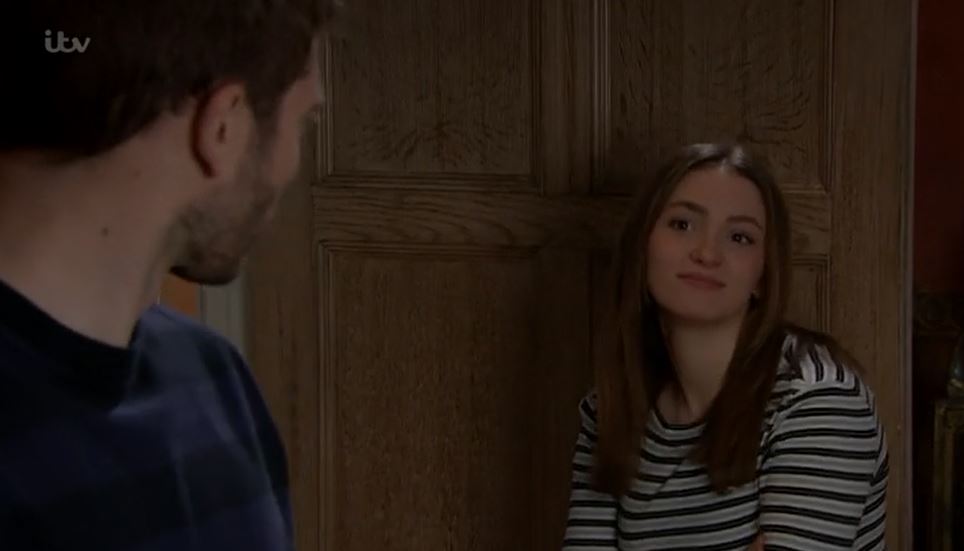 A third noted: "Good to finally see Gabby and the bump on-screen!"

Another penned: "Finally! Gabby has a bump! Never thought I'd see the day!"

After being caught spying, Jamie pointed out: "In my own house!” 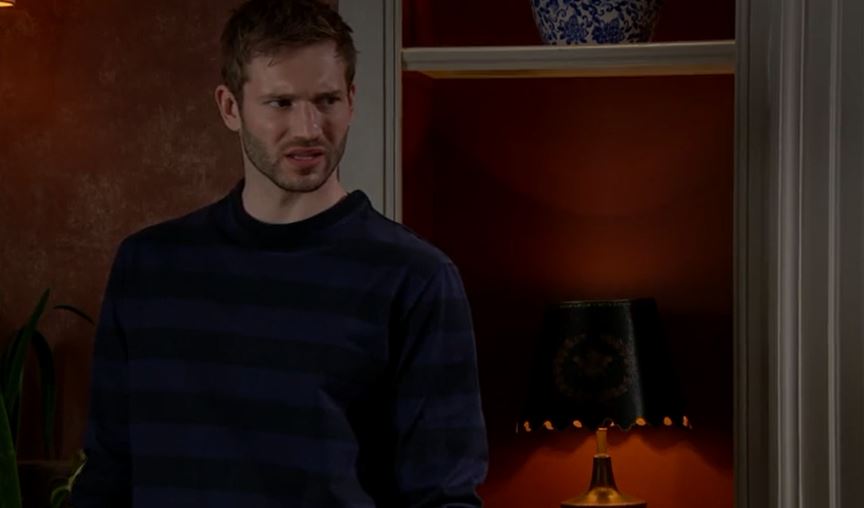 But Gaby replied: "It's your mum's house actually!"

Gabby responds: "Well okay seeing as you asked so nicely and I get it…

"Will impressing the hell out of your mum, I told you he was someone to worry about." 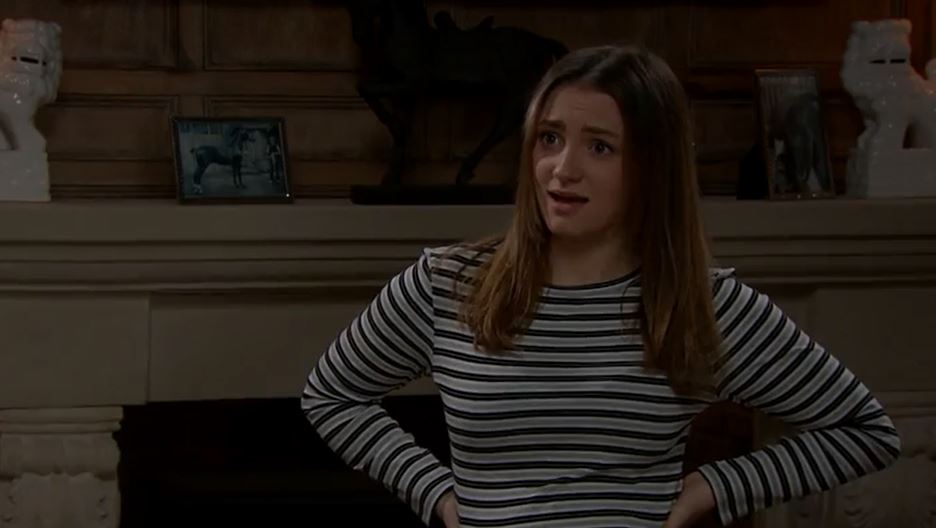 An angry Jamie replied: "So what? He's still the bloke that clears out the guttering."

The youngster then hit back: "Don't be getting all mardy about this. When Kim puts Will in charge that's one less hassle for you, because we all know you don't handle responsibility very well."

Meanwhile, Kim worked out she was being poisoned and has hatched a plan to catch them in the act.

She is using a hidden camera secreted in a horse’s head strategically placed around Home Farm. 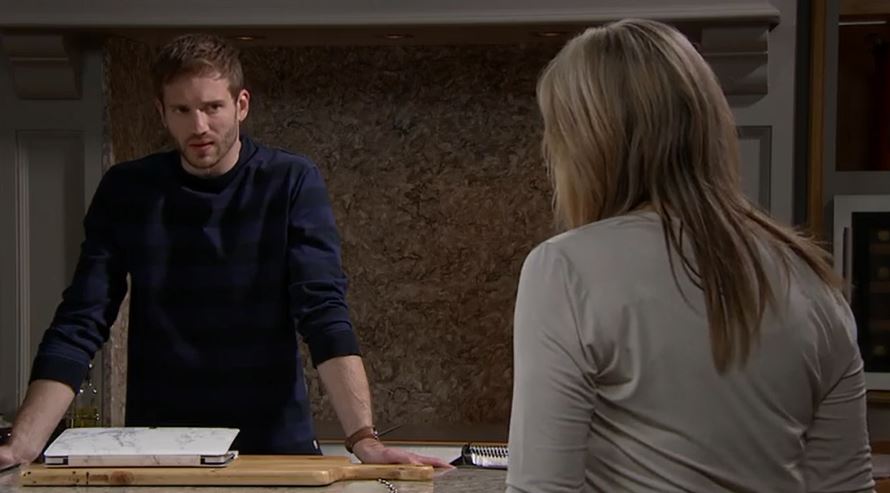 Jamie discovered his mum’s hidden camera and Kim caught her son going through the footage, who was erasing footage of him getting intimate with his girlfriend Dawn.

Kim had to come clean about her scheme to find her poisoner and Jamie suggested going to the police instead of plotting.

But instead Kim planned a fake dinner party to invite her main suspects Jai, Will, Al, Gabby, Jamie and Dawn.