Emmerdale and Coronation Street’s usual schedule has been affected because of the UEFA Euro 2020 Live. All this week, the two ITV soaps have been moved from their usual weekday slots, but have still managed to air. Tonight, however, fans won’t be getting their usual fix from the Dales and Weatherfield as the two shows have been completely removed to make way for England vs Scotland.

The changes came into play on Monday (June 14) and rather than the usual five or six episodes Emmerdale airs, two-hour-long broadcasts were scheduled as well as one 30-edition throughout the week.

Following this week, further schedule changes will take place, but the good news for Emmerdale fans is they won’t have to put the dates and times of the episodes in their diaries.

As previously announced, the ITV Hub will be premiering Emmerdale episodes early for the four-week period during Euro 2020.

Every Monday morning, episodes will be able to stream before they air on ITV later that week. 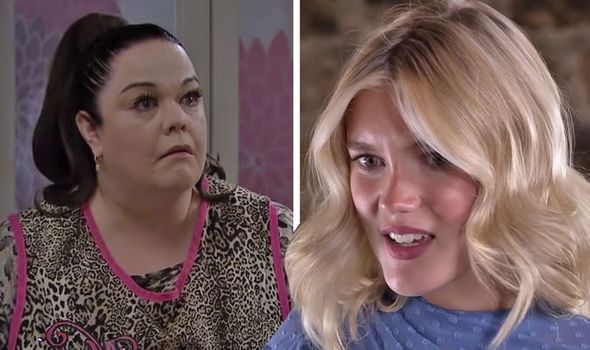 This means all three week’s of instalments can be watched at fans’ convenience, or if they prefer to sit down with a cuppa later that evening, they can do.

Tonight, ITV will show England taking on Scotland in the next round.

Kick-off is at 20:00 and coverage of the Group D picture – arguably the most anticipated match of the tournament so far – comes from Wembley stadium.

England defeated Croatia 1-0 in their opening fixtures following Raheen Sterling’s second-half goal while the Scots fell to a 2-0 defeat against the Czech Republic.

Tonight’s game reignites the oldest rivalry in international football and for many fans, memories from their famous meet 25 years ago in the same venue during the Euro 96 will resurface.

Presenting the game is Mark Pougatch and Seema Jaswal, and they will be joined by Roy Keane, Ian Wright, Graeme Souness, Gary Neville and Scott Brown.

And commentary will come from Sam Matterface, Lee Dixon and Ally McCoist.

As for what’s in store next week on Emmerdale, Kim Tate’s (Claire King) life hangs in the balance.

The Home Farm owner has been trying to find out who has been drugging her but before she is able to identify the culprit, she is lying on the floor motionless.

Standing over her is Will Taylor (Dean Andrews) and in walks Jamie Tate (Alexander Lincoln).

Could Kim’s lover really have killed her? And is she really dead?

It will come after Jamie finds diazepam in Will’s toolbox and instantly thinks he is the guilty party.

Will argues the drugs are for his nerves but no one seems to believe him.

Elsewhere, Tracy Metcalfe (Amy Walsh) is left worried about her family’s future when Nate Robinson (Jurell Carter) reveals the farm may have to close down due to an infection.

And it isn’t long before the real reason for Tracy’s concern surfaces – she is anxious about leaving Frankie with anyone but herself.

Emmerdale is available to watch on the ITV Hub now due to the Euros.