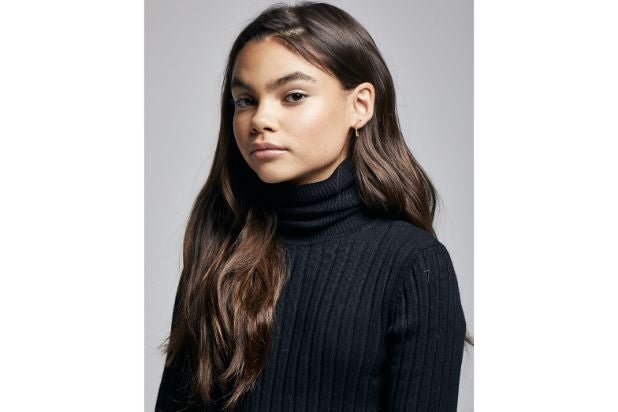 Ariana Greenblatt, who is known for roles in “Love and Monsters,” “Avengers: Infinity War” and the upcoming “In the Heights,” has joined Eli Roth’s “Borderlands” film and will play Tiny Tina in the video game adaptation.

Tiny Tina was introduced in the second “Borderlands” game and took on a larger role in the follow-up and in downloadable content. The character is described as an unstable 13-year-old explosives expert.

“Ariana is a spectacular new talent in cinema. She has already worked with many of my close collaborators and everyone raves about her,” Roth said. “She blew us all away in her audition, and I cannot wait to see her bring the wild, insane and unpredictable Tiny Tina to the big screen. She’s going to blow up on screen like one of Tina’s grenades.”

Roth is directing “Borderlands” at Lionsgate, and the latest draft of the screenplay is by “Chernobyl” writer Craig Mazin. Avi Arad and Ari Arad are producing through their Arad Productions banner, with Erik Feig also producing through PICTURESTART. The film’s executive producers are Randy Pitchford, executive producer of the “Borderlands” video game franchise and founder of the Gearbox Entertainment Company, and Strauss Zelnick, chairman and CEO of Take-Two Interactive.

“Borderlands” is based on the PC and console trilogy from Gearbox Software and publisher 2K. The series is a visceral first-person shooter and roleplaying game about four “Vault Hunters” on a planet called Pandora who battle against local bandits and marauders in their search for a hidden vault rumored to contain advanced alien technology.

Last year, Greenblatt starred in “Love and Monsters” and did voice work for “The One and Only Ivan” and “Scoob!” She got her start on the Disney Channel series “Stuck in the Middle” and played Young Gamora in “Avengers: Infinity War.” She’ll soon be seen in “In the Heights,” based on the Lin-Manuel Miranda musical, and will appear alongside Gina Rodriguez in “Awake.” She also did a voice role for “The Boss Baby: Family Business” and just wrapped filming Sam Raimi’s sci-fi “65” alongside Adam Driver.