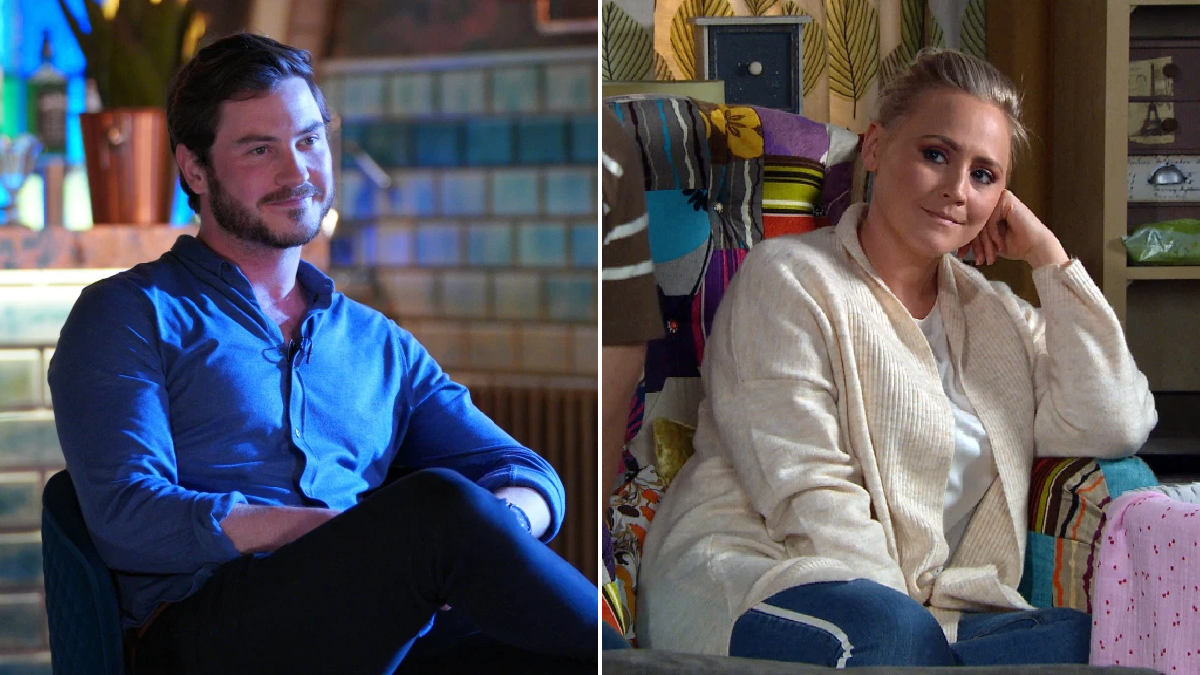 Amy appeared on ITV’s Loose Women this week that saw her discuss her latest storyline. Afterwards, Toby-Alexander posted on his Instagram sharing a screengrab of Amy on the afternoon chat show with a message that read:

‘Not only smashed her @loosewomen interview but is also smashing her incredibly important storyline! Proud of you @amyvwalsh’.

Amy also opened up about the public response Toby-Alexander is receiving as he continues to portray domestic abuser and murderer Gray.

She admitted that some people find it hard to separate him in real life from his character.

‘He’s been quite lucky but you do get a bit. It’s more online than anything else. But I just always say it’s because you’re so good, you’re doing a good job and that’s all that matters’ she explained.

Amy and Toby have been together since last year. They made their first public appearance in December 2020 as a couple celebrating A Christmas Carol at the Dominion Theatre.