Phil Mitchell (played by Steve McFadden) has been trying to come up with a plan to get enough money to be able to secure the sale of the Queen Vic after Mick (Danny Dyer) and Linda Carter (Kellie Bright) revealed they were moving out. However, Danny Hardcastle (Paul Usher) returned to EastEnders last night with a job for Phil in a bid to help him, but when he mocked Ben Mitchell’s (Max Bowden) hearing, the hardman was confused about how to proceed. In upcoming scenes on the BBC soap it will become clear Sharon Mitchell (Letitia Dean) may be in contact with Danny – is Phil in danger?

Since then, Ben has been relying on Callum Highway (Tony Clay) for support and more recently, looking to his dad to be a little bit more patient when trying to communicate with him.

Danny showed up in Walford with an interesting proposition for Ben last month but as he was still struggling with his hearing loss, he couldn’t understand what was being offered to him.

The dodgy dealer returned last night and after overhearing Phil talking to Mick and Linda about the Queen Vic, he offered him a job – but it seems Sharon may have been involved in Danny’s return. 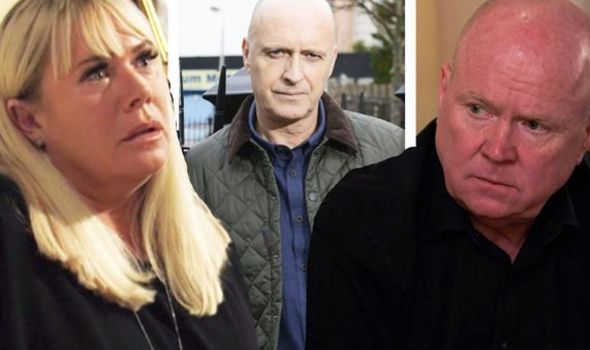 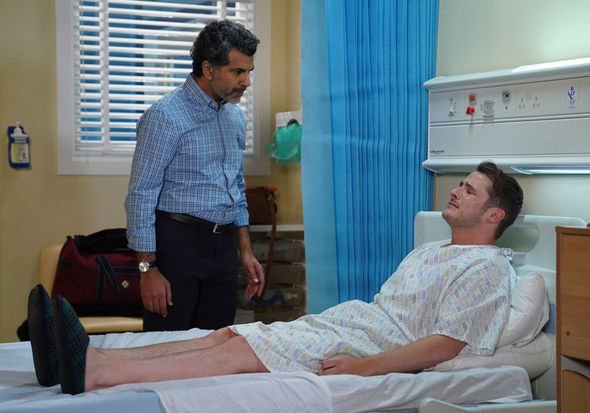 As the crook mocked his son Ben, Phil stormed off as he struggled to work out if he should betray his family.

Phil had been having a tough day already with a present he bought for Denny arriving and an argument with Ben taking place about his upcoming surgery to help with his hearing loss.

Viewers will see Linda ask why Phil is more concerned with the Queen Vic than his son.

As Ben prepares for his operation, Callum and Kathy Beale (Gillian Taylforth) will become concerned when he falls unwell.

After weeks of worrying his hearing may never return, Ben will be quick to dismiss the idea he is unwell so he can get the operation over and done with. 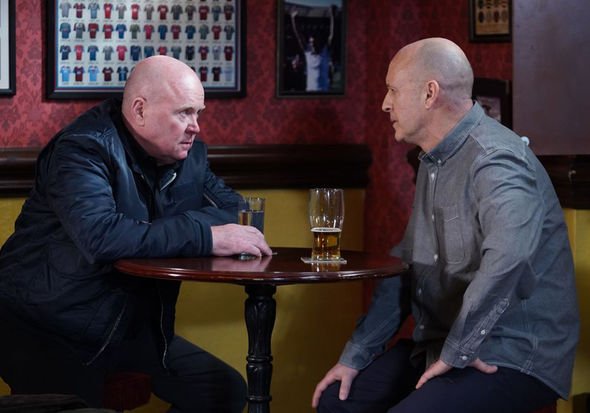 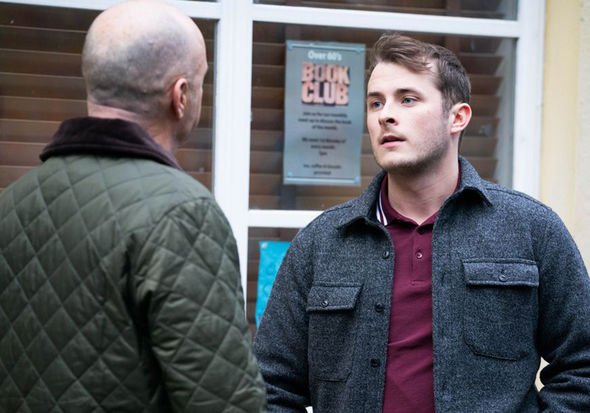 Ben will be left gutted when the doctors refuse to operate on him, however Phil believes this could allow his son to help him out with the job for Danny.

Back on the Square, Phil will be furious when he spots graffiti on Denny’s memorial bench and loses it with his estranged wife Sharon when she calls.

It’s not longer after that Danny returns wanting an answer from Phil about the job he promised him.

Will Phil give in and carry out some dodgy deal with Danny to try and piece his life back together?

It’s not known why Danny is so keen to help Phil buy the Queen Vic but it’s likely Sharon could have something to do with it all.

Could Sharon and Danny be working together to bring down the hardman and really leave him with nothing?

If Phil neglects Ben so he can get the cash for the Queen Vic, only to lose it to Sharon, he really will have nothing left.

Sharon shared a kiss with Phil before she left the Square for Australia so viewers will have to wait to see if it was all part of a game.

Elsewhere on the Square, Jean Slater’s (Gillian Wright) behaviour has been getting more erratic after she revealed to Kush Kazemi (Davood Ghadami) she hadn’t been taking her bipolar medicine.

Last night, after snapping at Kush, Mo Harris (Leila Morse) and Shirley Carter (Linda Henry), the family demanded to know what was going on.

Kush decided to crush Jean’s medicine into her food and drinks to ensure she was taking it but as her behaviour continues to take a nosedive, he could be forced to take more drastic action.

If Kush and Shirley decide to continue drugging Jean, she could end up in the hospital – would they admit to what they’ve done?

EastEnders airs on BBC One Mondays at 8pm and Tuesdays at 7.30pm.