Karen Taylor (played by Lorraine Stanley) is part of one of the few happy couples on EastEnders after shacking up with long-time resident Billy Mitchell (Perry Fenwick). The two have been through their fair share of ups and downs but it seems they’ve come out stronger than ever, and are in a good place together.

Fans may be wondering whether this relationship is for keeps, as it seems BBC producers have it out for every character in Walford, destroying their love lives with a click of their fingers.

Alas, the pair are set for more turmoil as Karen’s ex Mitch Taylor (Roger Griffiths), becomes more obsessive with the mother of his kids.

Karen and Mitch share Chantelle Atkins (Jessica Plummer) and Keegan Taylor (Zack Morris) together, and it appears that he’s missing what he once had.

When he arrived in Albert Square back in 2018, he and Karen restarted their romance, much to the disgust of their children. 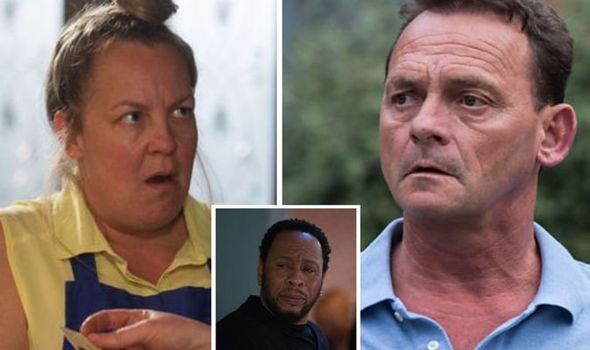 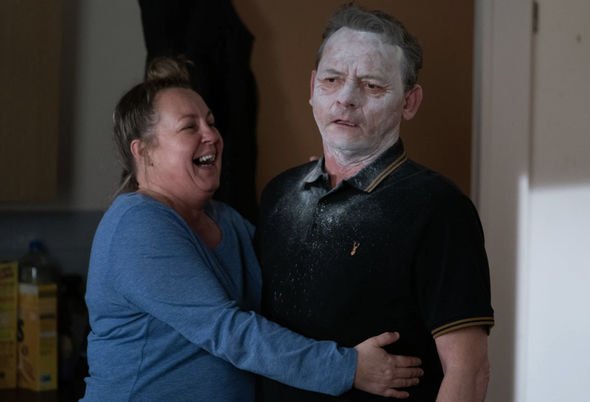 It eventually fizzled out and Karen has since moved on with loyal Billy.

But earlier this year, Mitch tried to win his lady back by dropping an almighty bombshell and declaring his undying love for her.

Unfortunately, she turned him down and told him he had missed his chance and that she was choosing Billy.

But it doesn’t look like Mitch is ready to give up just yet. 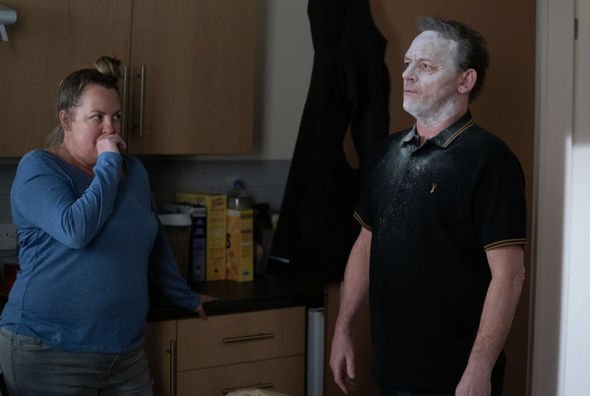 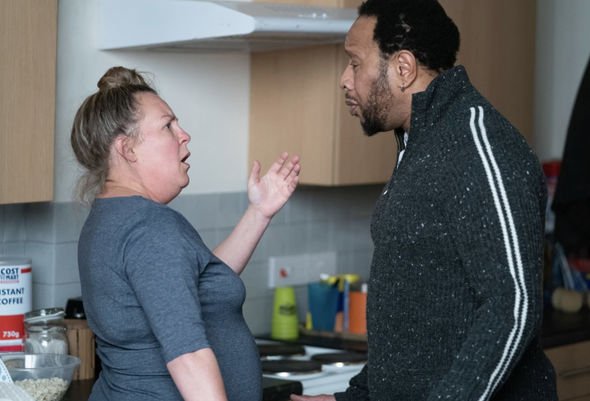 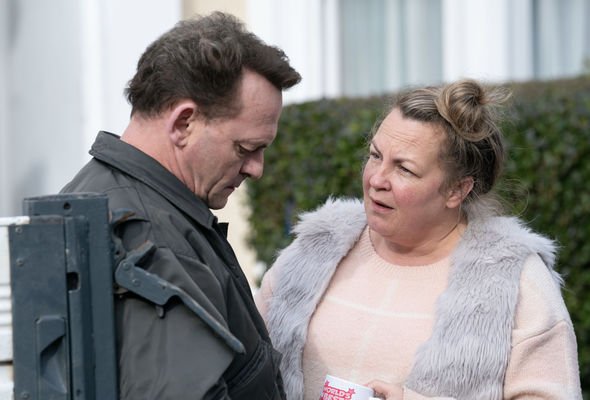 Instead, he makes it his mission to break the happy pair up, which can only lead to dire consequences in the long-term.

No one likes a home-wrecker, Mitch!

In upcoming episodes, he sneaks a flour bomb into Billy’s drawer in Karen’s bedroom, leaving him with a face full of white powder when he comes to open it.

As Karen struggles to contain her laughter, it’s clear the Mitchell lad doesn’t find it funny.

And things only go from bad to worse when he realises who was responsible for his humiliation.

Later, as Mitch cooks a family meal for everyone, it comes to light that the jealous love-rival was behind the prank, but how will Billy react?

Can he see through what Mitch is trying to do?

Like we said, it can only end badly for one of the boys, and the Mitchell’s don’t have a good track record when it comes to outsiders messing with one of their own.

This could be amplified if, in a twisted turn of events, Karen starts to regret her decision of staying with Billy.

What if Mitch’s efforts ring loud and clear to her, as she realises she has more fun with her ex?

If this is the case, Billy will be left out in the cold once again with his list of failed romances hanging over his head.

As many fans hope that the poor Mitchell will have found his happily ever after with Karen, will she end up breaking his heart?